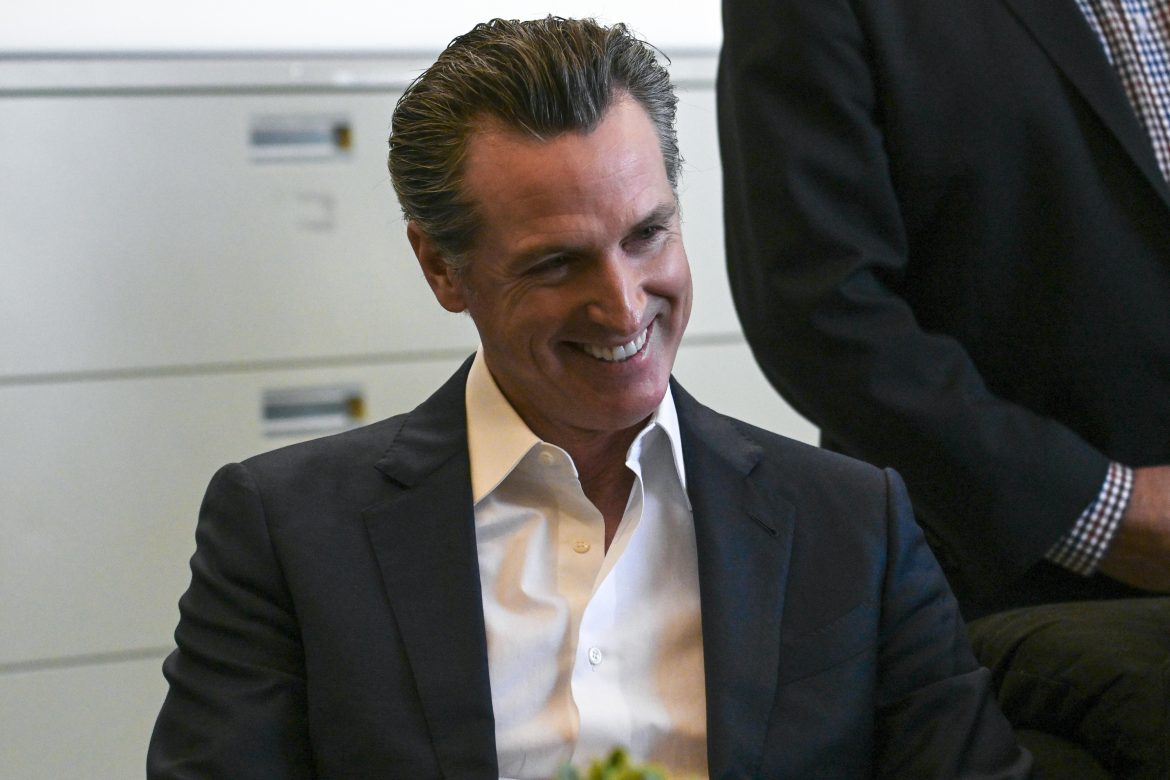 In a full-page ad in Variety, California Gov. Gavin Newsom (D) called on the film industry to pull out of conservative states like Georgia and Oklahoma, and work in California, calling it “the best place in America to create.”

“Over the past several years, the legislatures of states like Georgia and Oklahoma have waged a cruel assault on essential rights,” wrote Newsom in reference to pro-life laws passed in the states. “California is a freedom state: Freedom to tell your stories. Freedom to access the health services you need, including abortion care. Freedom to love who you love and ensure that your LGBTQ friends, family, and colleagues can proudly be who they are.”

Today, Hollywood will wake up to this ad.

You can protect your workers, or continue to support anti-abortion states that rule with hatred.

We’re here for you. We’re extending tax credits for those that come home to the Golden State.

Newsom then urged Hollywood executives to keep their business in the state, saying, “So to those in power to make decisions about where to film, where to hire, where to open new offices, we in California say: Walk the walk. Choose freedom. Choose creativity. Choose California.”

The ad comes as California’s state Assembly considers SB 485, a bill endorsed by Newsom that would extend the state’s $330 million annual tax credit program offered to the film industry through 2030. The bill has already passed the state Senate.

While California leads the nation by far in film production, states like Georgia are seeing growth in the industry, in part due to generous tax credit incentives in the state. Georgia Gov. Brian Kemp (R) announced on Monday that the industry generated $4.4 billion in the state during the last fiscal year.

In the last year, four of the top six highest-grossing films domestically were filmed in Georgia, as was Netflix’s “Stranger Things” season 4, which set a streaming record in July with over 7 billion minutes of viewing time.

“When the pandemic struck, we worked hard in Georgia to communicate with our partners in the Georgia film, TV, and streaming industries,” said Kemp in a statement. “Together, we forged a safe and appropriate path to allow the film industry to return to operations and deliver Georgia Made productions to eager consumers all around the world — even when some states continued to stay shut down and stifle the industry’s return to normalcy.”

Oklahoma Gov. Kevin Stitt (R), whose state was also referenced in Newsom’s ad, quipped, “I was happy to name Gavin Newsom Oklahoma’s Economic Developer of the Year Award in 2021 and I’m glad to see he’s making a run for two years in a row.”

Stitt’s spokeswoman was more pointed, telling Fox News Digital in a statement, “Instead of attacking strong conservative leadership in red states like Oklahoma, perhaps Gavin Newsom should focus on addressing his state’s income tax, which is the highest in the nation, out-of-control energy costs, endless violent crime, people shooting up drugs in the streets, chronic homelessness, high cost of living, gridlock traffic, and rolling blackouts. If he needs pointers on how to actually run a state, he should give Governor Stitt a call.”

This is not the first time Newsom has taken aim at conservative states or governors. Last month, Newsom appealed to Florida residents to flee their state and Gov. Ron DeSantis (R) for California in an Independence Day ad, claiming that freedom was under attack in conservative states. These ads come as Newsom reportedly is considering a presidential run in 2024.

Many have found irony in the fact that Newsom calls California a “freedom state” and claims that freedom is under attack in other states after California had some of the strictest Covid measures in the country over the last 2 years. Under Newsom’s leadership, California has topped U-Haul’s list of states most people are leaving for three years in a row.