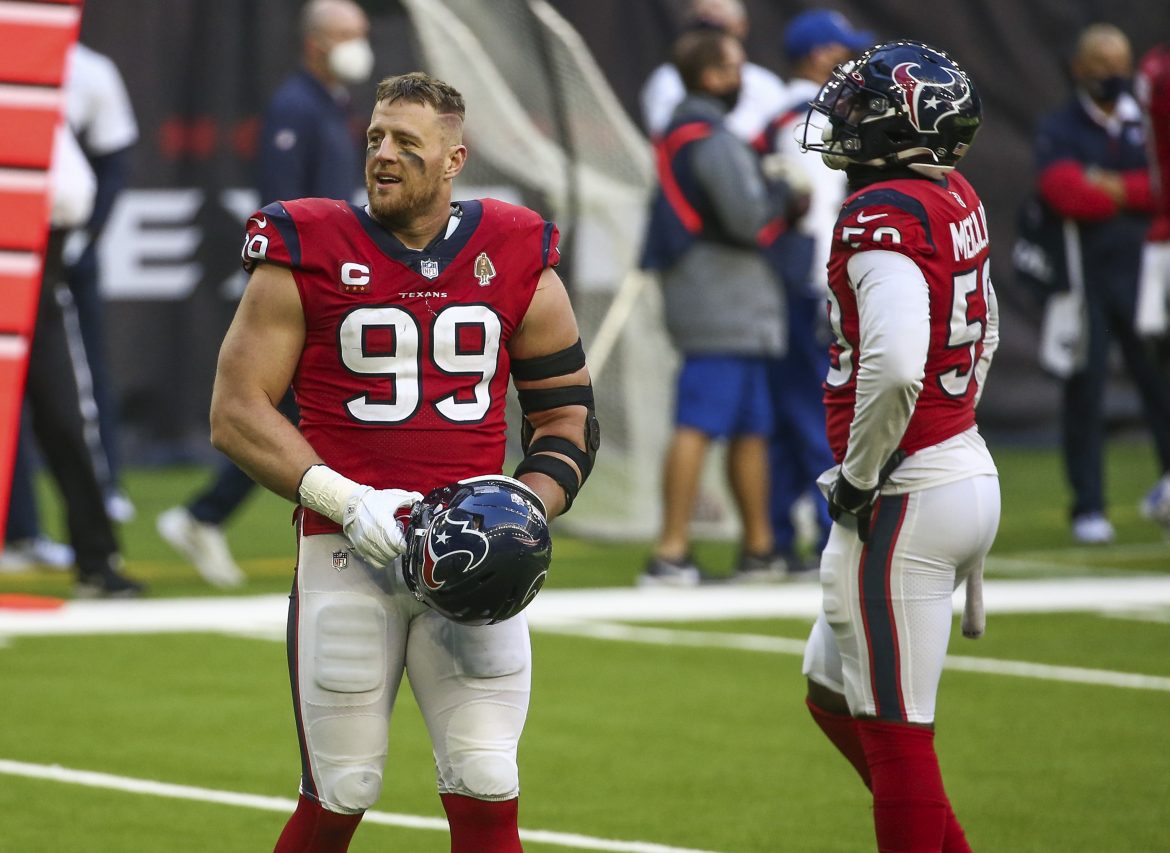 In another NFL 2021 offseason transaction, the Arizona Cardinals grabbed one of the top free agents on the market.  J.J. Watt, the future Hall of Fame defensive lineman who spent ten seasons with the Houston Texans, announced on Monday via Twitter that he has signed with the Arizona Cardinals.

Watt is considered by many to be the best defensive player of the 21st century.  Drafted by the Texans in 2011, he became the face of a franchise only nine years after it was established.  With Watt leading the defense, the Texans quickly became a contender, winning six AFC South division titles over a span of nine seasons.  Watt has gone to five Pro Bowls, made NFL first-team All-Pro five times, won three NFL Defensive Player of the Year awards, and set the Texans’ franchise record for sacks with 101.

Watt’s greatest contribution to Houston, however, was off the field.  In the aftermath of Hurricane Harvey in 2017, he raised over $40 million to provide relief for those who were negatively impacted by the disaster.  For that, he won the 2017 NFL Walter Payton Man of the Year award.

If there is one detracting factor to Watt’s magnificent career, it is his health.  His ferocious style of play has led to numerous significant injuries.  In 2016, he had surgery done on his back before the season started.  Three games in, he hurt his back and was forced to undergo a second surgery, ending his season.  In 2017, he was lost for the season in October when he fractured his leg.  After a full season in 2018, he pulled his pectoral muscle and was lost for the year halfway through the 2019 season, before making a furious recovery to return for the 2019 playoffs.

If he can stay healthy, Watt will be a terrorizing force on an Arizona Cardinals team that is ready to compete for a title in 2021, with incredible talent on both sides of the ball.