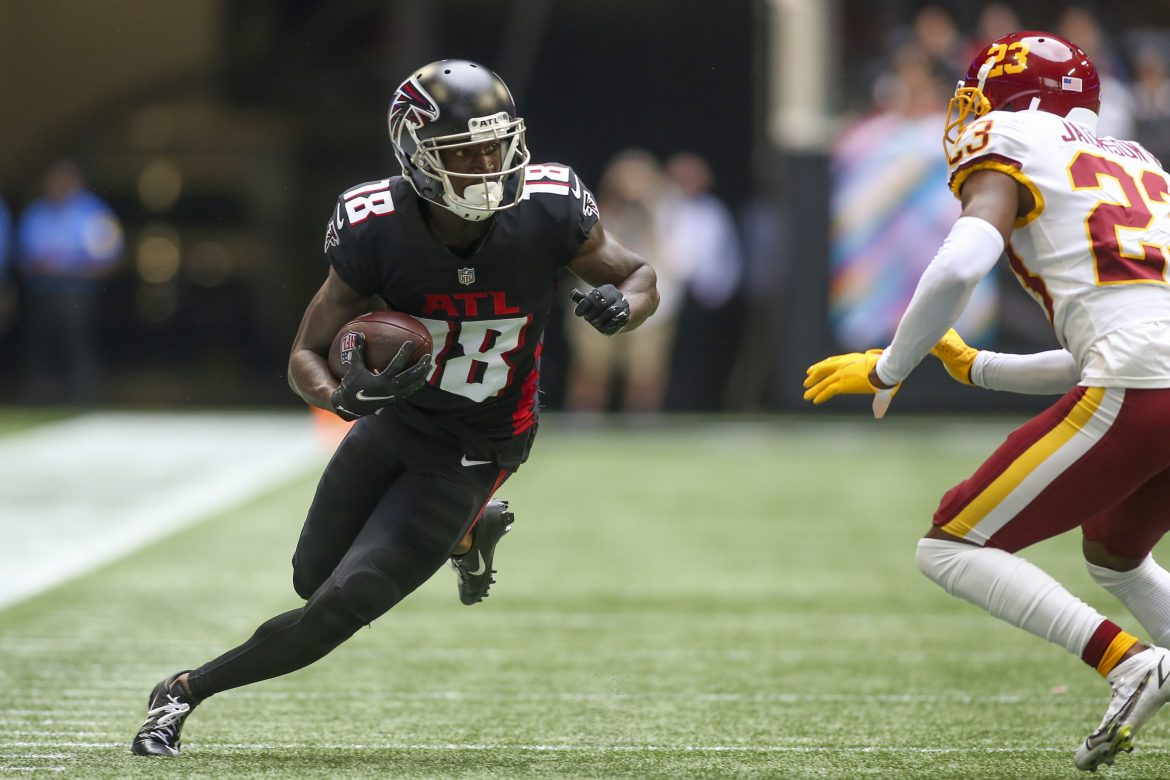 Calvin Ridley, a standout receiver for the Atlanta Falcons, will not play an NFL snap until 2023 at the earliest. Monday, NFL commissioner Roger Goodell announced Ridley had been suspended indefinitely for having gambled on football during the 2021 season.

In a series of short tweets, Ridley said he had bet $1,500, although he did not specify on what.

“I don’t have a gambling problem,” Ridley wrote in one tweet. He later added, “Just [going to] be more healthy [sic] when I come back.”

I bet 1500 total I don’t have a gambling problem

In a press release, the NFL revealed that Goodell informed Ridley via a letter that the former Alabama wideout was suspended for, at minimum, the 2022 season.

“There is nothing more fundamental to the NFL’s success – and to the reputation of everyone associated with our league – than upholding the integrity of the game,” Goodell wrote. “This is the responsibility of every player, coach, owner, game official, and anyone else employed in the league. Your actions put the integrity of the game at risk, threatened to damage public confidence in professional football, and potentially undermined the reputations of your fellow players throughout the NFL.”

“For decades, gambling on NFL games has been considered among the most significant violations of league policy warranting the most substantial sanction. In your case, I acknowledge and commend you for your promptly reporting for an interview, and for admitting your actions,” Goodell added.

Ridley seemed to view his one-year banishment as excessive, tweeting “I know I was wrong But I’m getting 1 year lol.”

Ridley’s suspension has precedent both in the NFL and the sports world more broadly. In 1963, former NFL Commissioner Pete Rozelle suspended both Green Bay Packers quarterback Paul Hornung and Detroit Lions defensive lineman Alex Karras for a single league year apiece after both were discovered to have bet on football.

Professional and collegiate leagues in the United States have a long history of coming down hard on their athletes who get caught gambling on sports or behave in such a way that the integrity of the game is, or appears to be, compromised. Pete Rose was famously given a lifetime ban from Major League Baseball for betting on baseball.

The Falcons issued a statement in which they indicated this suspension had been pending for almost a month.

Ridley, a native of Fort Lauderdale, Florida, has played in the NFL since 2018, when the Falcons drafted him 26th overall. He was a Second Team All-Pro in 2020 and took time off in 2021 to address his mental health.