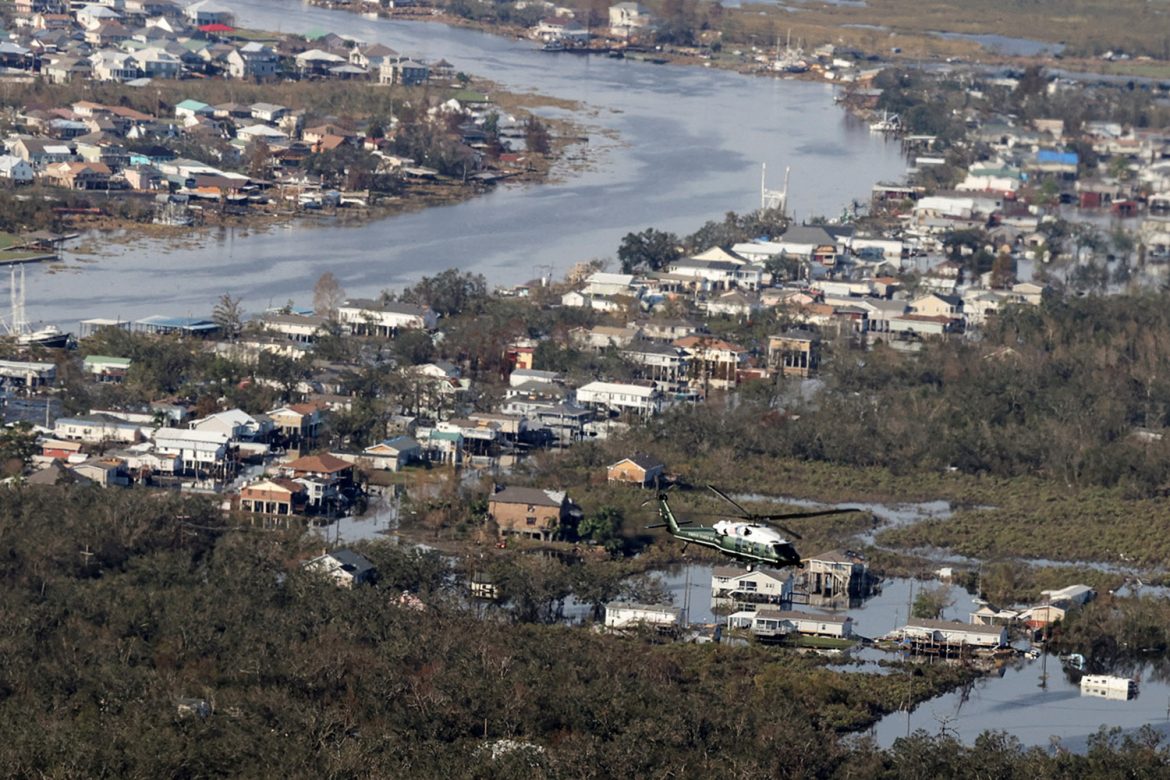 The National Oceanic and Atmospheric Administration (NOAA) reported that the year 2021 was fraught with natural disasters and storms in the United States. The 20 disastrous events in the year ended up costing the U.S. around $145 billion in losses and resulted in the tragic loss of 688 lives.

The report from the NOAA’s National Centers for Environmental Information shows that there was “1 drought event, 2 flooding events, 11 severe storm events, 4 tropical cyclone events, 1 wildfire event, and 1 winter storm event.” It ranks 2nd in the number of events in a given year behind 2020 which saw a total of 22 by the end of the year. 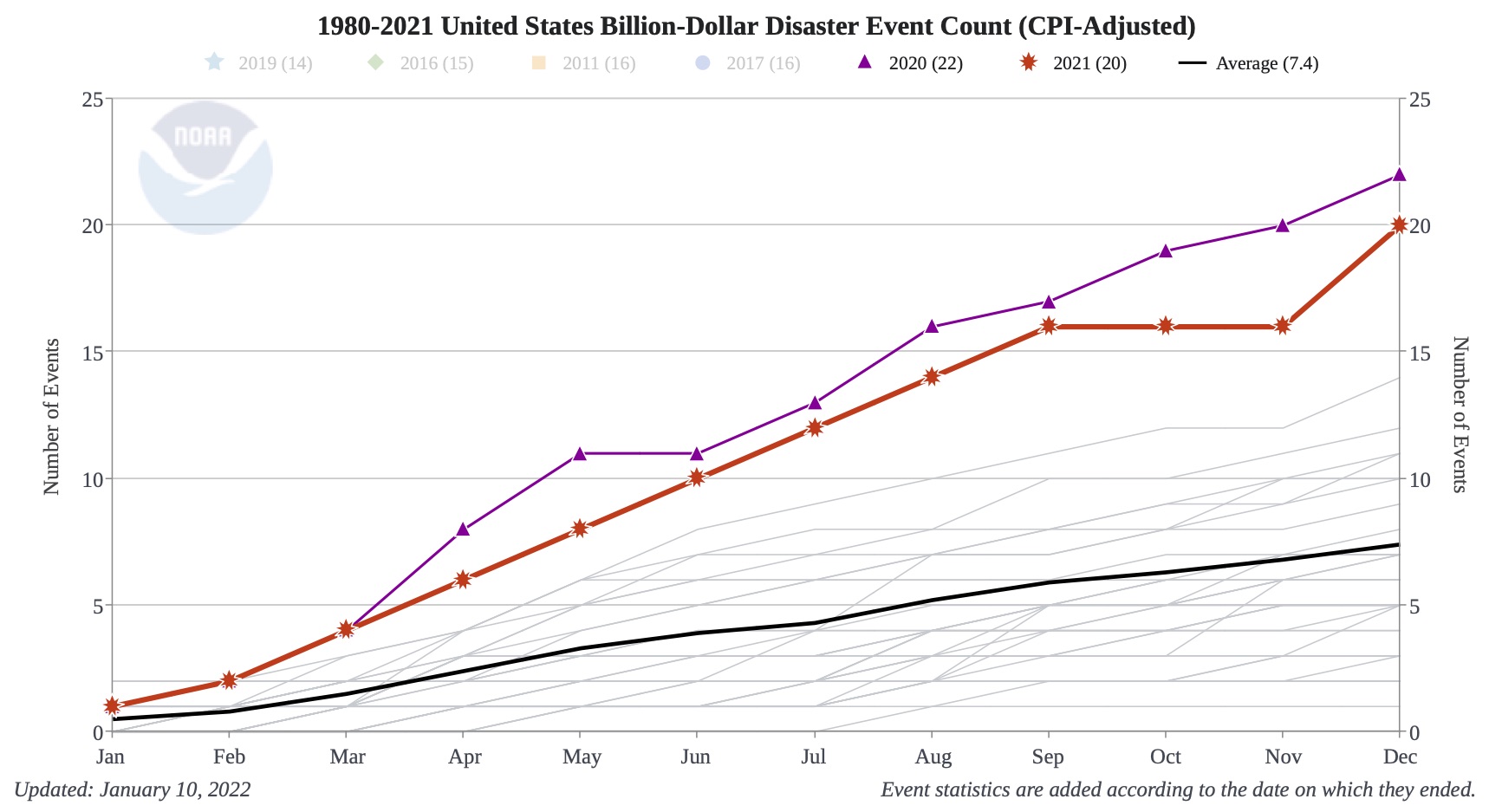 The total number of natural disasters recorded by NOAA since 1980 now totals 310. The average rate of these events per year is equal to about 7.4 when 2021 data is included.

With all of the data combined, the total cost of these storms and adverse events in the U.S. now equals a whopping $2.160 trillion with a yearly average of $51.4 billion.

As far as where the costs had the most impact in the U.S. a chart from NOAA shows that Texas, Louisiana, New York and New Jersey bore the brunt of heavy costs this past year.

The extreme winter storms and hail storms put strain on Texas and even shut down its power grid for several days in February. Texas was also hit by Hurricane Nicholas in mid-September, a burden that Louisiana shared.

Louisiana would also be hit with the infamous Hurricane Ida in late August, knocking out power for thousands of individuals. The storm then made its way up the eastern part of the U.S. and devastated northern states that aren’t typically prepared for extreme cyclonic weather events like New York and New Jersey. 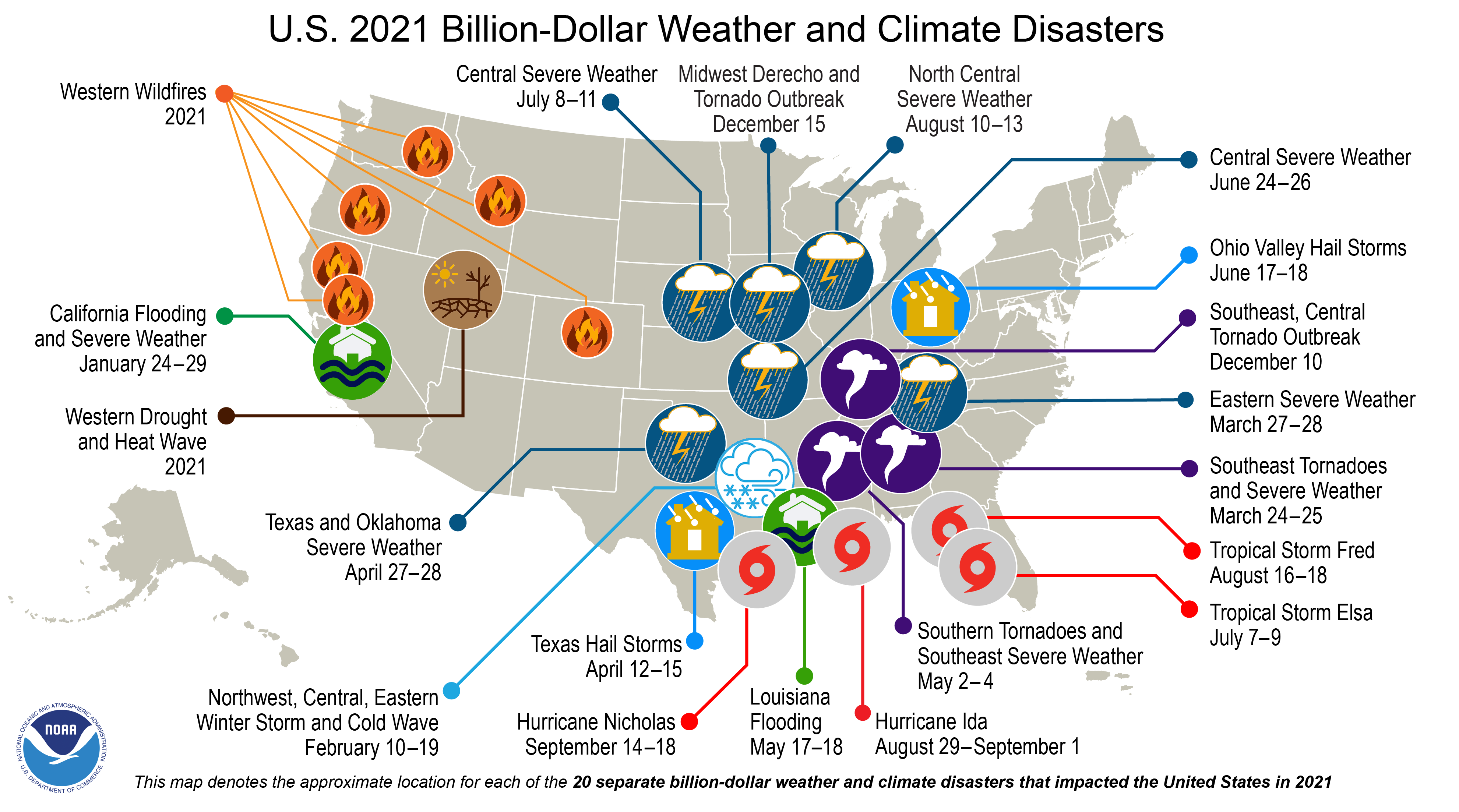 Rachel Cleetus, the policy director with the Climate and Energy program at the Union of Concerned Scientists, released a statement on Monday reacting to the NOAA report. In this statement, she said that the “disasters underscore the reality of how the climate crisis is already affecting people and the economy, and point to the urgent need for robust solutions.”