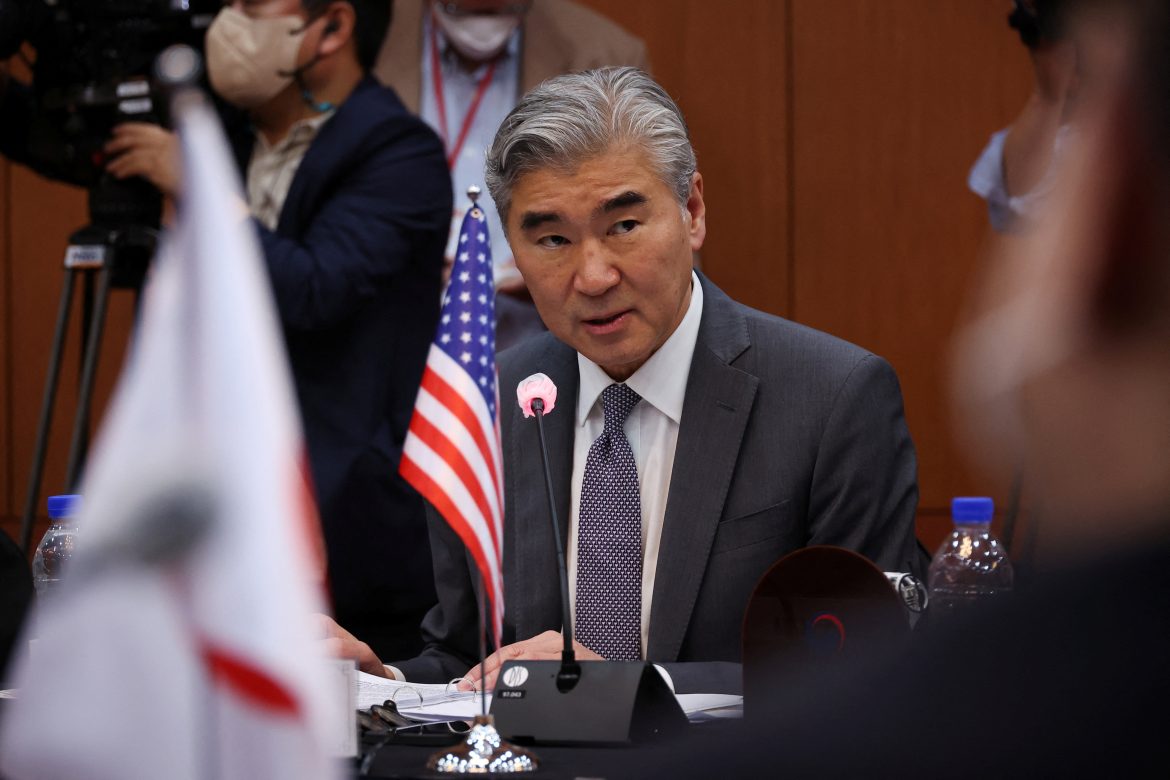 North Korea could conduct a seventh nuclear test at “any time” and has shown no interest in returning to negotiations, the U.S. Special Representative for North Korea said on Tuesday.

North Korea has test-launched an unprecedented number of ballistic missiles this year and its officials have also used rhetoric that could suggest plans for the use of tactical nuclear weapons, Sung Kim told reporters.

Asked when that might happen, he said, “I don’t have anything more. They’ve obviously done the preparations…, and my understanding is they could test any time.”

Kim noted that on June 5, North Korea carried out test launches of eight ballistic missiles from various parts of the country, the most ever launched in a single day.

He reiterated U.S. willingness to engage diplomatically with North Korea and to address issues of concern to Pyongyang.

“The DPRK has not responded and continues to show no indication that is interested in engaging,” Kim said, referring to North Korea by the initials of its official name.

He added that Pyongyang had also shown no interest in discussing assistance to deal with its recent COVD-19 outbreak.

Earlier on Tuesday, South Korea and the United States staged a joint air power demonstration during a visit by U.S. Deputy Secretary of State Wendy Sherman, who said there would be a “swift and forceful” response if North Korea were to conduct a nuclear test.

Kim, who spoke from Jakarta, where he is also ambassador to Indonesia, declined to say what specific measures the U.S. and its allies would take, although he expected there would be “a U.N. Security Council aspect to it.”

He said it was “very unfortunate” that China and Russia had vetoed a U.S.-led push for more sanctions on North Korea after its recent missile tests. He said he hoped China would be more forthcoming in future in helping to persuade North Korea to denuclearize.

“One of the concerns is … that when the DPRK sees that the Council is unable to respond together it might, in fact, encourage then to take further provocative actions,” Kim said, while not replying when asked if he thought the Security Council would respond differently to a nuclear test.