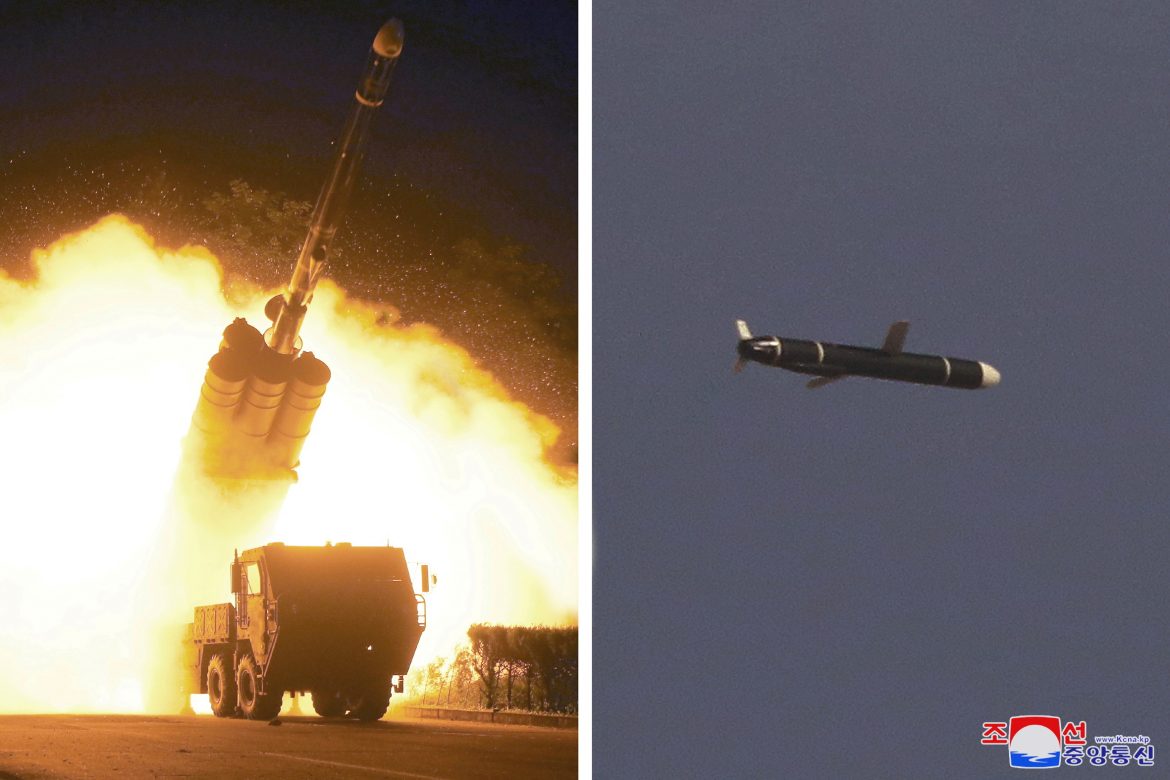 North Korea tested a long range cruise missile over the weekend which many believe furthers their nuclear capabilities.

Recently a United Nations nuclear watchdog reported that the country appears to have reactivated some of their nuclear processing equipment. That same report included goals from North Korean leader Kim Jong-Un, who said that he wants his party to complete a “modernization of the nuclear force.”

Korean state media reported that the missile flew 930 miles before hitting a test target and landing in the country’s territorial waters on Saturday and Sunday. Experts say that this missile has a strategic nuclear purpose as it has the capability to fly below missile defense systems and to carry a nuclear bomb.

Tests allegedly happened Saturday and Sunday, but we never heard about them from US or South Korean authorities. pic.twitter.com/puPaPLegtY

Ankit Panda, a senior fellow at the U.S.-based Carnegie Endowment for International Peace, said this missile “would be the first cruise missile in North Korea to be explicitly designated a ‘strategic’ role.” Panda says this terminology is used to describe weapons with nuclear capability.

As of yet Biden has made no response or comment to North Korea’s most recent test. His administration’s policy on North Korea has remained primarily diplomatic with complete denuclearization as the goal. Former President Donald Trump was able to convince North Korean leader Kim Jong-Un to pause ballistic and intercontinental missile tests after three summit meetings. Talks stalled in 2019 and North Korea continues to ask the U.S. to lift the sanctions imposed on them, which are remain in place.

The US military said that they were aware of the test and are coordinating with their allies in response.