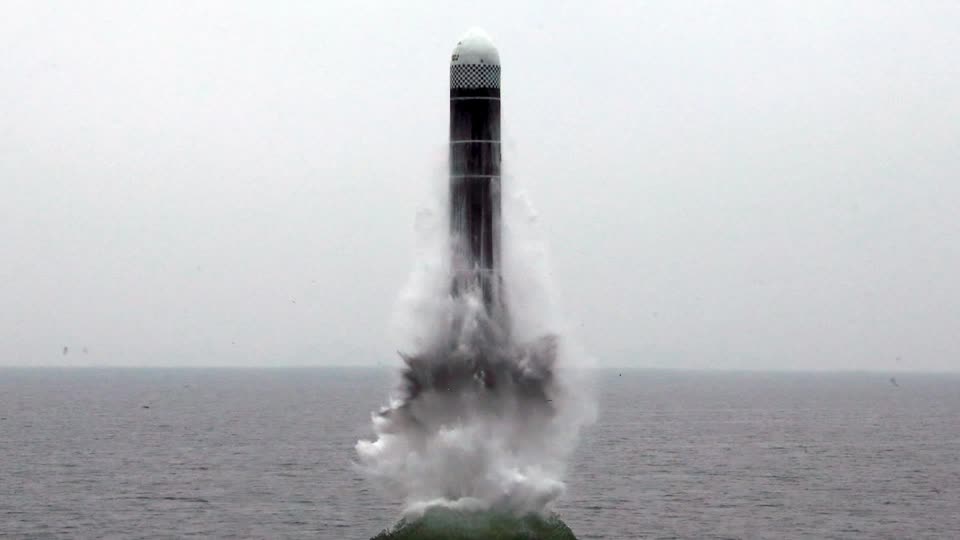 The United States’ recent offer to reopen to discussions with North Korea about that nation’s nuclear weapons program was answered with an attempted show of strength on Tuesday.

As first reported by the Associated Press, citing a statement from the South Korean Joint Chiefs of Staff, North Korea fired at least one ballistic missile at sea near the North Korean port city of Sinpo. While it has not yet been confirmed, the South Korean military officials believe the missile was fired from a submarine.

North Korea, long treated as an international pariah and among the most heavily sanctioned nations on earth, has worked for years to develop nuclear capability.  However, the experts quoted by the Associated Press said the nation was many years away from being capable of equipping a ballistic missile with a nuclear warhead or even producing a submarine that could move stealthily enough to successfully position itself for a strike.

The launch comes despite the Biden administration’s frequent attempts to use diplomatic means to lessen hostilities between North Korea (officially known as the Democratic People’s Republic of Korea) and a group consisting of the U.S., Japan, and South Korea.

Last week in a press briefing, Ned Price, spokesperson for the Department of State, said the U.S. was “prepared to meet with the DPRK without preconditions to try to advance that overarching policy goal. We have conveyed messages and we have made specific proposals for discussion with the DPRK.”Price added the Biden Administration’s approach to North Korea has been centered on “trilateral communication” among the U.S., Japan, and South Korea.

Among the earliest international trips for Secretary of State Antony Blinken, following his confirmation, was a trip to Japan and South Korea.

New Japanese Prime Minister Fumio Kishida cut short a campaign trip to return to Tokyo after being informed of the test. Kishida announced that he would be examining all options in regards to the threat of North Korea and has instructed officials to consider reversing it’s stance on only focusing it’s military strength on self-defense.

“We cannot overlook North Korea’s recent development in missile technology and its impact on the security of Japan and in the region,” Kishida remarked.

Whatever shape the U.S., Japanese, and South Korean response takes, China will factor heavily into any negotiations with North Korea. Japan and North Korea, longtime adversaries in the region, do not have official diplomatic relations and communicate primarily through their embassies in Beijing.

“Currently, the situation on the Peninsula is at a critical juncture,” he said. “Parties concerned should focus on the overall situation, exercise restraint, commit to safeguarding peace and stability on the Peninsula, adhere to the right direction of dialogue and negotiation, and follow the dual-track approach and the phased and synchronized principle, so as to jointly work for the political settlement of the Peninsula issue.”