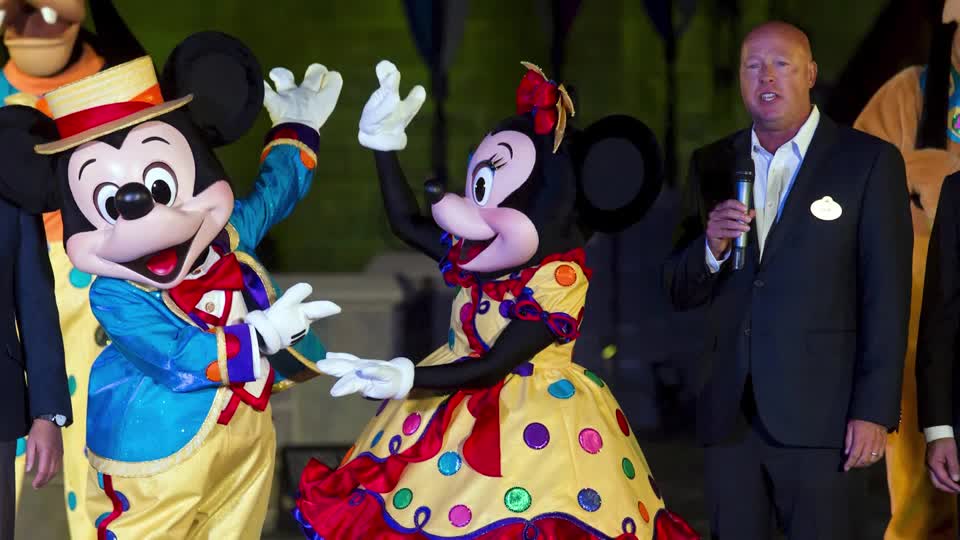 Disney has recently become more aggressive in pushing a political agenda, but newly discovered videos reveal that executives in the company are not just pushing for change in government policy, they are also actively attempting to indoctrinate children through their programming.

In a series of leaked videos published to social media on Tuesday, several Disney employees called for the company to produce more LGBTQ content and push a progressive ideology. The videos, which were posted by journalist Christopher Rufo, came from a Disney “all-hands” employee meeting called in response to Florida’s new Parental Rights in Education law.

In one video, Disney Television Animation executive producer Latoya Raveneau said that she went into her position expecting Disney to limit her ability to push LGBTQ narratives but was surprised to find her ideas were welcomed by the company. “Our leadership over there has been so welcoming to my, like, not-at-all-secret gay agenda,” said Raveneau. “I don’t have to be afraid to like, let’s have these two characters kiss in the background. I was just, wherever I could, just basically adding queerness… No one would stop me, and no one was trying to stop me.”

SCOOP: I've obtained video from inside Disney's all-hands meeting about the Florida parental rights bill, in which executive producer Latoya Raveneau says her team has implemented a "not-at-all-secret gay agenda" and is regularly "adding queerness" to children's programming. pic.twitter.com/eJnZMpKIXT

Meanwhile, Diversity and Inclusion Manager Vivian Ware boasted that Disney’s theme parks have eliminated “gendered language,” such as referring to guests as, “Ladies and gentlemen, boys and girls.”

SCOOP: Disney diversity and inclusion manager Vivian Ware says the company has eliminated all mentions of "ladies," "gentlemen," "boys," and "girls" in its theme parks in order to create "that magical moment" for children who do not identify with traditional gender roles. pic.twitter.com/OWsGTUoeCA

Disney Corporate President Karey Burke, who declared herself the mother of a transgender child and a pansexual child, lamented the lack of queer leads in Disney stories and echoed the goal of Disney’s Reimagine Tomorrow website to have half of all Disney characters be LGBTQ or ethnic minorities by the end of the year.

SCOOP: Disney corporate president Karey Burke says, "as the mother [of] one transgender child and one pansexual child," she supports having "many, many, many LGBTQIA characters in our stories" and wants a minimum of 50 percent of characters to be LGBTQIA and racial minorities. pic.twitter.com/oFRUiuu9JG

Florida Gov. Ron DeSantis (R), who signed the Parental Rights in Education bill, responded to Disney on Tucker Carlson Tonight on Tuesday, asking, “Why is the hill to die on to have transgenderism injected into kindergarten classrooms or woke gender ideology injected into second-grade classrooms?” He then added, “Meanwhile, if we had done a bill that prohibited talking about the abuse of Uyghurs in China, Disney would have supported that legislation because they don’t want to say a word about that.”

The Parental Rights in Education bill, which critics on the left has dubbed the “Don’t Say Gay Bill,” bans the discussion of topics related to sexual orientation and gender identity in classrooms for kids third grade and younger. Despite the moniker, the word “gay” does not appear in the bill.

Disney has come under fire from both the right and the left for their back-and-forth response to the new Florida law.

In March, Disney employees staged a walkout after CEO Bob Chapek declined to take a stance against the bill. Instead, in a statement Chapek affirmed his support for the LGBTQ community saying, “I believe the best way for our company to bring about lasting change is through the inspiring content we produce, the welcoming culture we create, and the diverse community organizations we support.”

However, following the backlash Disney reversed course, issuing a statement saying that the bill “should never have passed” and declaring that the company’s goal is “for the law to be repealed in the legislature or struck down in the courts.” Disney also announced that they would be restoring a same-sex kiss scene in the upcoming Disney Pixar film Lightyear, a scene they had initially decided to cut.

With Disney’s decisions likely to alienate conservative parents, on Thursday the Daily Wire announced a $100 million investment into a new children’s channel, Daily Wire Kids, as a family-friendly alternative to Disney’s progressive content.