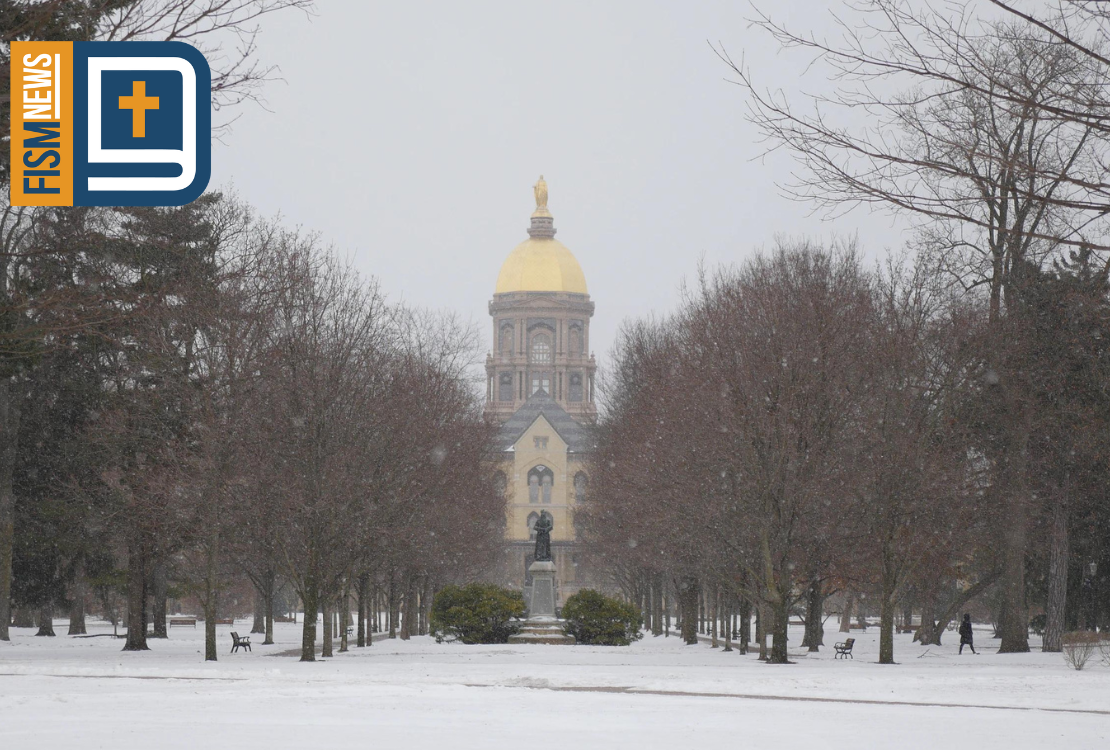 On Tuesday, the University of Notre Dame announced a total COVID-19 booster vaccine mandate on all students, including those learning remotely, for the 2023-2024 school year, according to a report from The Daily Wire.

The university, which prides itself as a religious institution and one of the most powerful Roman Catholic institutions in the world, claimed its reasoning for this draconian mandate is to prevent contraction and illness from COVID-19.

In an effort to continue this trend and prevent serious illness related to coronavirus, I write today to inform you that the COVID-19 bivalent booster vaccine is required of all students — undergraduate, graduate, and professional, including students studying or performing research remotely and/or virtually — to enroll in classes for the 2023-24 academic year.

As with all required University vaccines, if you fail to complete this requirement or are not granted an exemption, a hold will be placed on your student account, which will prevent you from registering for classes for the fall 2023 semester. All current students have until Wednesday, March 1, 2023 to fulfill the bivalent booster vaccine requirement for the 2023-24 academic year.

Understandably, many are outraged at the university’s baffling vaccine policy when the national pulse on COVID-19 has generally shifted from paranoia to acceptance.

Christina Punshaw, a professing Roman Catholic who works under the administration of Florida Governor Ron DeSantis, expressed her frustrations on Twitter on Tuesday, calling the move “absurd.”

The fact that it’s a Catholic school makes this absurd requirement even worse, I say this as a Catholic …

What do Christians make of this report?

Before answering this, we need to address the issue at hand. Without making an argument for or against the vaccine or the boosters (although it should be noted FISM News has reported extensively on certain dangers that have arisen from the jab), I agree wholeheartedly with Christina Punshaw.

Notre Dame’s policy to essentially prohibit health freedom from all of its students, including those who will not once step foot on campus due to remote learning, by pushing a controversial drug that has proven to inflict negative side effects on some is totally absurd.

We can take a lesson from Notre Dame’s conduct. The lesson is this: Pride goes before destruction, and a haughty spirit before the fall.

Notre Dame’s response to this issue is, sadly, one of pride. The university proudly stands as a giant in the worldwide academic and athletic sphere, as part of the largest and (arguably) oldest denomination in the history of Christendom. I believe the university has allowed this prestige to go to its head, where Notre Dame elites now believe they have the right to force drugs on their students, upon threat of banishment from the institution if the students refuse.

We see so often in scripture that it is never wise for man to try to play God.

Pharaoh, worshipped in ancient Egypt as a god-king, was humbled when the Lord Almighty laid siege on the Egyptian empire with ten catastrophic plagues, all because Pharaoh proudly refused to free his many slaves, the Israelites (Exodus 7-11, Romans 9).

Saul, mighty and strong in stature, was rejected by God, and God ripped Saul’s kingdom from his hands and gave it to another because Saul believed his way was better than God’s (1 Samuel 15).

Nebuchadnezzar, a part-time worshipper of God but mostly a fan of himself, was made to live like an animal for seven years by the hand of God because he gloried not in God but in his own might (Daniel 4).

Believer, this must be found nowhere among us.

One of the wisest realizations we can make is when we admit we are not God. We are finite, we are sinful, and we lack understanding of the things of God. From there, we begin to understand how desperately in need we are of God’s grace and His wisdom in our lives. If we, like Solomon in his early years, humbly ask God to give us wisdom, He will never say no to that prayer!

It would do us well to learn from Notre Dame’s missteps and turn from haughtiness. Let us follow in the example of our King, the Lord Jesus Christ, who humbly relied on the Father all His days. The Lord will indeed delight in us if we follow Him in humility!

Pride goes before destruction, and a haughty spirit before a fall. Better to be of a humble spirit with the lowly, than to divide the spoil with the proud. He who heeds the word wisely will find good, and whoever trusts in the Lord, happy is he.  – Proverbs 16:18-20