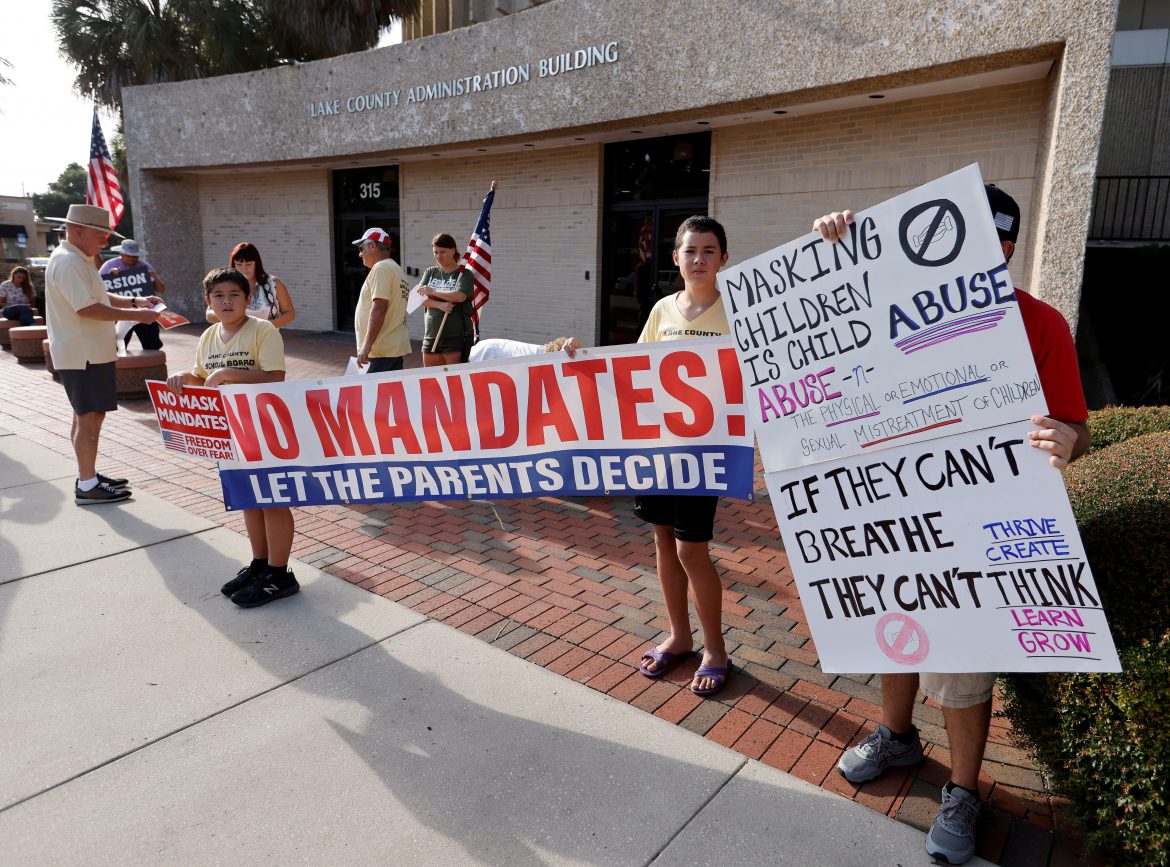 Amidst rising tensions between parents and school officials, the National School Board Association (NSBA) wrote a letter to the Biden administration to asking for federal law enforcement to help investigate threats against school board members. The title of the letter sums up their requests – “Federal Assistance to Stop Threats and Acts of Violence Against Public Schoolchildren, Public School Board Members, and Other Public School District Officials and Educators.”

The NSBA has more than 90,000 school board members governing 14,000 public schools. Members of a school board consist of retired school teachers and parents who are elected to review the school budget, decide on a superintendent, as well as guiding the educational policy.  As school board officials have continued to role out COVID-19 regulations such as mandatory masking, parents have responded with concern, anger and even on rare occasion violence.

In the letter, the NSBA requests the intervention of the “U.S. Department of Justice, Federal Bureau of Investigation (FBI), U.S. Department of Homeland Security, U.S. Secret Service, and its National Threat Assessment Center” as well as the U.S. Postal Service.

More than twenty instances of violence, harassment, or threats were included in the letter including an individual in Illinois arrested for aggravated battery and disorderly conduct during a school board meeting as well as an individual from Michigan demonstrating a Nazi salute in protest of masking requirements. In Ohio, someone mailed a letter to a school board which read, “You are forcing them to wear masks—for no reason in this world other than control. And for that you will pay dearly.”

In the letter the NSBA compared the actions of parents to “domestic terrorism”.

In addition to the fierce opposition toward COVID-19 restrictions in schools, parents have also passionately protested against the inclusion of critical race theory in school curriculum. The letter addresses this issue saying, “This propaganda continues despite the fact that critical race theory is not taught in public schools and remains a complex law school and graduate school subject well beyond the scope of a K-12 class.”

Sen. Julie Daniels, Republican of Oklahoma, along with twelve other state senators sent a letter to the Executive Director of the Oklahoma State School Boards Association (OSSBA), Shawn Hime, requesting he denounce statements made in NSBA’s letter.

Daniels is quoted saying, “While there have been reports of contentious school board meetings in Oklahoma, surely our school board members don’t support the call for draconian, federal actions to silence parents, patrons and taxpayers who finance public education.” She continues by  addressing the claims by the NSBA that critical race theory is not being taught in school saying, “I’m proud our state leaders took steps during the last legislative session to ban the teaching of core principles of critical race theory through House Bill 1775. The evidence many legislators have seen just in our state alone proves that principles of this dangerous concept are being discussed in some classrooms.”