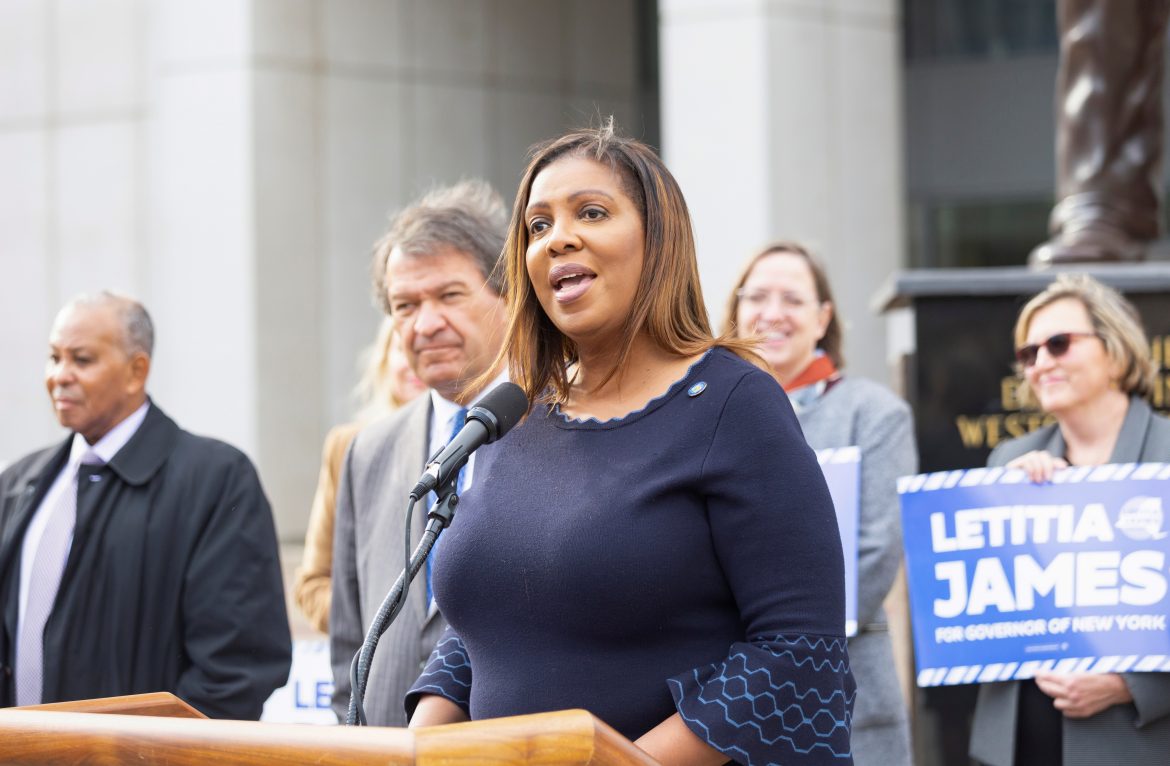 New York Attorney General Letitia James announced Thursday that she has suspended her campaign for governor and will instead focus on reelection to her current position in order to “finish the job.”

James, a Democrat, launched her gubernatorial campaign just two months after former Gov. Andrew Cuomo resigned amid a sexual harassment investigation she oversaw, leading to accusations from Cuomo allies that her investigation was politically motivated, a claim she denied. James had been considered a strong challenger against Gov. Kathy Hochul for the Democratic gubernatorial nomination in an already crowded field that includes former New York Mayor Bill de Blasio.

According to the New York Post, James, 63, decided to drop out of the race upon learning that Democratic leaders in her Brooklyn hometown decided to back Hochul after James failed to reach a $5 million fundraising prerequisite. Hochul has maintained a double-digit lead over James in recent polling.

“I have come to the conclusion that I must continue my work as attorney general,” James said in a statement. “There are a number of important investigations and cases that are underway, and I intend to finish the job. I am running for reelection to complete the work New Yorkers elected me to do.”

James’ withdrawal from the governor’s race coincided with an AP report that she is seeking to have former President Trump sit for a Jan. 7 deposition in an ongoing civil probe into his business dealings. James has spent more than two years investigating the Trump Organization to determine whether the company manipulated asset reports in order to secure favorable loan terms and/or tax breaks.

James is the first woman and first black person to hold the position of attorney general in New York.

In the weeks leading up to her withdrawal, James publicly called for Hochul to ramp up COVID-19 measures, including imposing a statewide mask mandate.

Hochul responded to the news of her rival candidate’s withdrawal Thursday, telling reporters, “All I can say is, I respect her tremendously. Always have.” The governor also praised James for her accomplishments while serving as AG, saying of her decision to seek reelection “This is a very bad day for Donald Trump and the NRA.”

Since becoming attorney general in 2019, James’s office has filed multiple lawsuits against the Trump administration over the former president’s federal immigration and environmental policies and other matters. She also filed a lawsuit against the National Rifle Association accusing its leaders of financial mismanagement and is attempting to shut down the gun-rights organization.

Following James’ announced withdrawal from the gubernatorial race, Brooklyn Democratic Party Chair Rodneyse Bichotte Hermelyn endorsed Hochul in a statement. “I am confident that Hochul will be the best choice to lead our state forward through the recovery, and she will have the support of Brooklyn behind her as she continues to blaze a path as our first female governor,” she said.