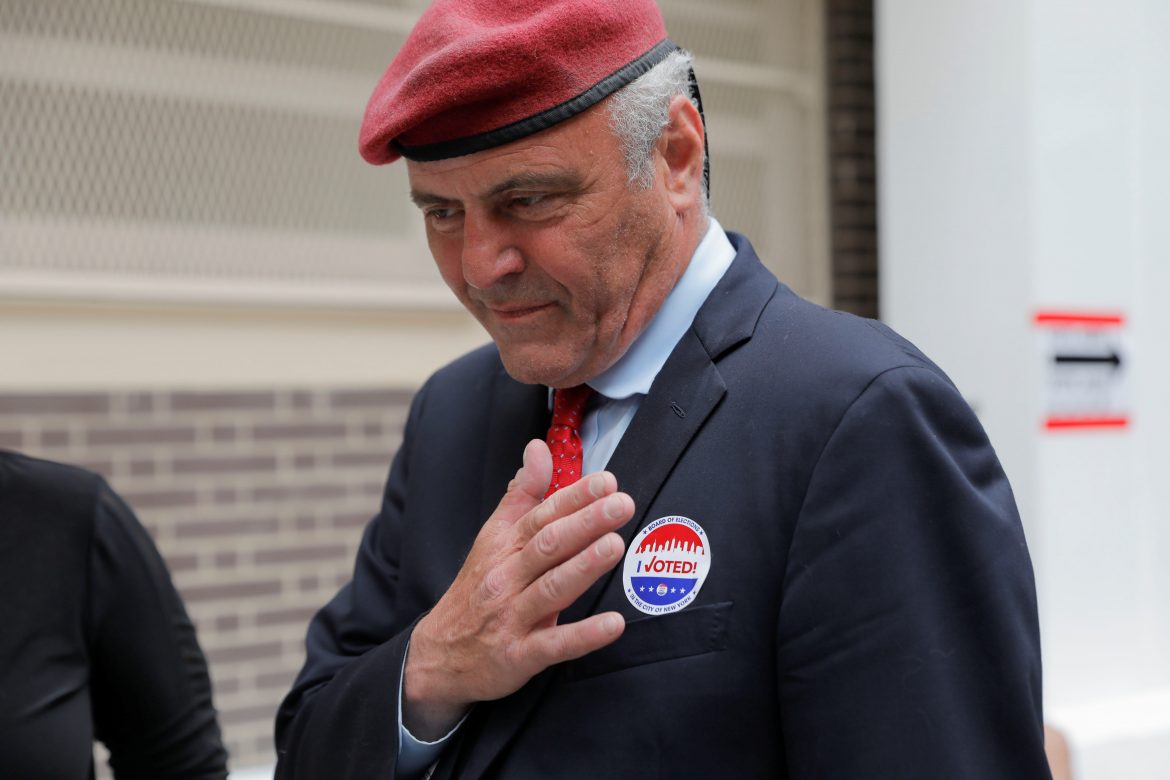 New York City Mayoral Candidate Curtis Sliwa took to the streets of NYC on Monday to demand that Governor Andrew Cuomo pass legislation which doubles the sentencing for possession of an illegal gun. The demand is in response to eight separate shootings that occurred the night before in the Big Apple which resulted in 9 people being shot – 2 of which were fatal.

Speaking to a group of people on the streets of NYC, Sliwa pointed to an uptick in gun violence and said that the city needs to act “now.” Fielding questions from reporters and citizens, Sliwa acknowledged alternative ways to reduce the amount of illegal guns in a community and seemed to agree to the possiblity of future deterrent plans. However, he reminded those surrounding him that the problem exists today and requires action.

Gun violence in NYC has been steadily on the rise in the summer of 2021. There were over 160 shootings in June of this year, with the year starting at almost 80 in January. Up until April of this year, the Gothamist reports that “299 people have been shot, a 54% increase over the same time last year.”

Sliwa said the way to act now is if the city expands the sentence for criminal possession of a weapon in the third degree, otherwise known as a Class D Violent Felony, from 3.5 years to 7 years. Sliwa had previously blamed lawmakers in Albany for not having foresight in making certain legislative decisions.

When our leaders in Albany implement criminal reforms, they did not consider the fact that when they decriminalized marijuana they also turned the possession of an illegal handgun into a minor infraction, removing any deterrent that existed that would minimize the number of illegal guns on our streets.

Sliwa has been making public rounds in the past week, calling for a crackdown on ignored-yet-rampant prostitution in the Brooklyn area and assisting a local Jewish man who was beaten on his way to a synagogue. Sliwa himself has been an active and prominent figure in NYC for years, forming the city-wide volunteer safety patrol organization known as The Guardian Angels in 1979 and even becoming a radio co-host in 2000.