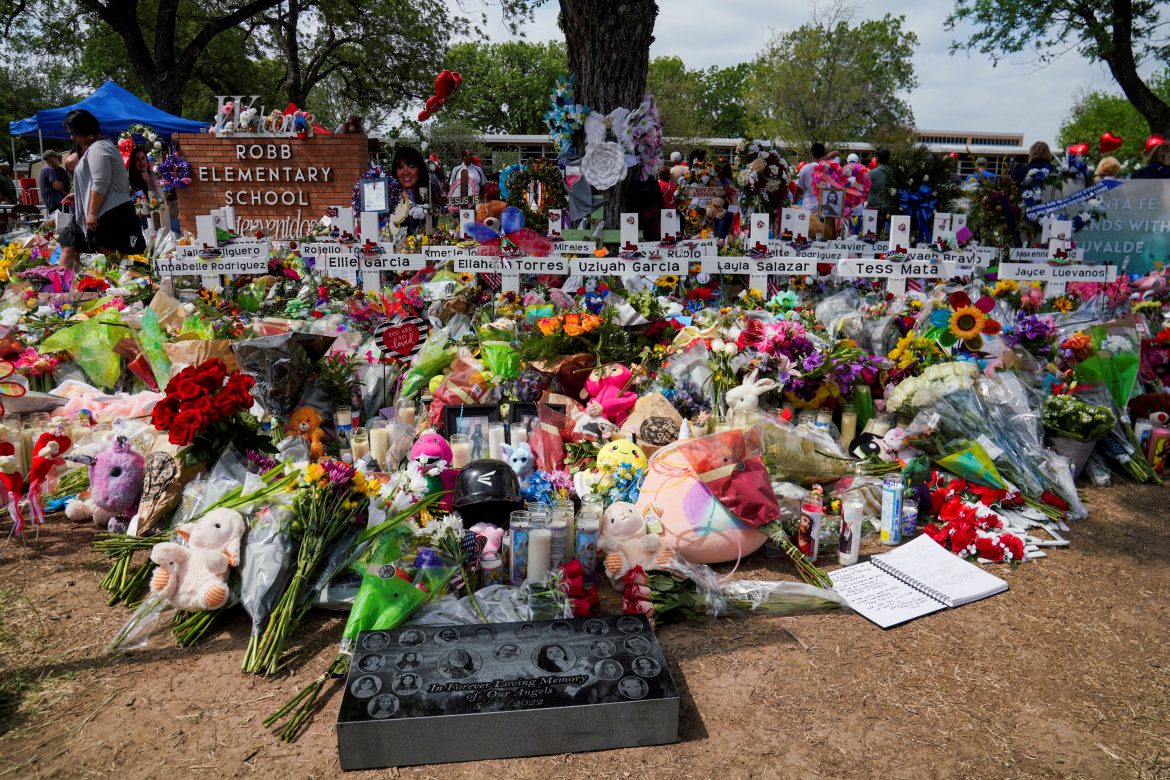 A New York Times investigation into the Uvalde, Texas school massacre reportedly shows that law enforcement on the scene were aware that children were still alive and possibly wounded while trapped inside a classroom with the gunman yet chose to wait more than an hour to confront the suspect.

Citing body camera footage and other “investigative materials,” the Times concluded that officers delayed confronting the shooter while “they waited for protective equipment to lower the risk to law enforcement officers…despite supervisors at the scene being told that some trapped with him in two elementary school classrooms were in need of medical treatment.”

The response by law enforcement to the May 24 mass shooting at Robb Elementary School has been widely criticized after video footage and witness reports that circulated in the media suggested that police officials misled the public and Texas authorities on how they handled the mass shooting.

Nineteen children and two teachers were killed in the massacre by gunman Salvador Ramos, 18, who was subsequently fatally shot by a specially-trained border agent.

Police Chief Pedro Arredondo, who was in charge at the scene, previously said that he was unaware that students barricaded inside the classroom with Ramos were frantically calling 911, pleading for help. The Times reported that one fourth-grader resorted to taking a phone from the body of her dead teacher to call for help.

“The chief, Pete Arredondo, and others at the scene became aware that not everyone inside the classrooms was already dead, the documents showed, including a report from a school district police officer whose wife, a teacher, had spoken to him by phone from one of the classrooms to say she had been shot,” the Times wrote.

According to the report, one hour and 17 minutes passed from the time shots were first heard inside the school until a team made up of three specially trained Border Patrol agents and a sheriff’s deputy finally went in after the gunman and killed him at 12:50 pm. By that time, 60 officers had assembled on the scene.

“People are going to ask why we’re taking so long,” a man whom investigators believe to be Chief Arredondo could be heard saying, according to a transcript of officers’ body camera footage. “We’re trying to preserve the rest of the life.”

At a press briefing held days after the shooting, Texas Department of Public Safety Chief Steven McCraw slammed the decision to keep heavily-armed officers waiting outside the school for 78 minutes, regardless of whether they were awaiting the arrival of additional manpower or protective gear.

“Of course it was not the right decision. It was the wrong decision period. There is no excuse for that,” he said at the May 31 briefing.

“By the way, Texas embraces active shooter training, active shooter certification. That doctrine requires officers – we don’t care what agency you are from, you don’t have to have a leader on the scene – every officer lines up, stacks up, goes and finds where the rounds are being fired at, and keeps shooting till the subject is dead, period,” McCraw continued.

"Of course it was not the right decision!" TX DPS Director says cops should have charged #Uvalde school. "Every officer lines up stacks up, goes and finds where the rounds are being fired at and keeps shooting until the subject is dead, period." pic.twitter.com/9qOL0jHXbx

U.S. Attorney General Merrick Garland announced Wednesday that the Department of Justice has launched an investigation into the response by law enforcement to the deadliest school shooting since the 2012 massacre at Sandy Hook Elementary School in Connecticut during which 20 students and six staff members were killed. The DOJ’s findings will be made public at the conclusion of the investigation, Garland said.