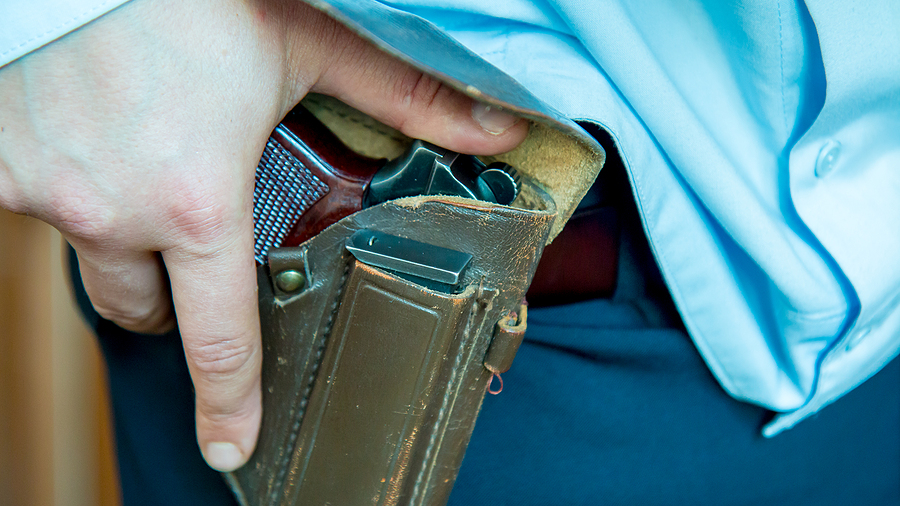 Ohio became the twenty-third state to drop a permit requirement to conceal carry firearms after Governor Mike Dewine signed Senate Bill 215 into law on Monday. In 90 days, Ohioans who are 21 or over will no longer have to undergo an application process to exercise what some have termed a “constitutional carry” right.

Previously, concealed carry was only allowed after eight hours of training, a background check, and an application approved by a resident’s local sheriff. SB215 eliminates all of these regulations as well as penalties for not revealing the presence of a firearm within the car to law enforcement during a traffic stop. Residents are still required to reveal this information if asked by an officer.

The changes enacted by SB215 have no bearing on who can purchase a gun. Instead, it simply removes the second background process that gun-owners had to go through to conceal a legally-owned firearm upon their person.

Despite this, the law has received strong pushback from critics, including self-proclaimed Second Amendment supporters who feel the “legislation has gone too far.”

Today Governor DeWine signed SB 215 into law, removing the requirement for a conceal carry license in the state of Ohio. As a supporter of the 2nd amendment and gun owner myself, I believe this legislation has gone too far. Let me know your thoughts ⬇️⬇️https://t.co/yE5OZ1jio4

The Democratic state representative was one of 36 “nays” who voted against the law on March 2. The law passed back into the Senate with 58 votes. The State Senate then approved the amendments on the same day by means of a 24 to 9 vote. The votes in both legislative branches were split almost entirely along party lines.

The Ohio Mayors Alliance also opposed the bill, writing in a statement released earlier this month, “Our bipartisan coalition of mayors has stood with law enforcement groups in opposition to this bill because we know it will make our police officers less safe, it will increase gun violence in our communities, and it recklessly blurs the line between criminals with guns and properly licensed gun owners.”

Untrained gun-owners using weapons to respond to emergency crises is one concern critics have about the legislation. These concerns also involve how the new law will combine with the “stand your ground” law that Ohio legislators passed last year.

Like most areas during the COVID-19 pandemic, Ohio experienced a spike in gun deaths last year. There were 1789 deaths recorded by the Ohio Department of Health (ODH) in 2021 compared to 1571 gun-related deaths in 2019.

Supporters of the bill derided fears that SB215 will increase gun violence within the state as nothing more than an attempt to keep guns away from law-abiding citizens.

Pat Manley, a former candidate for the Ohio House of Representatives, tweeted, “[Democrats] worse nightmare is citizens who can defend themselves. Law-abiding citizens who conceal carry make it safer for everyone.”

The Democrats in Ohio are ramping up their opposition to #SB215. Their worst nightmare is citizens who can defend themselves. Law abiding citizens who conceal carry make it safer for everyone. The Dems DO want to take your guns. It makes it easier to take your freedom.

State Senator Terry Johnson, SB215’s main sponsor, said in a State House speech that the bill is intended as a response against protestors “burning down their own cities.”

The concealed carry program in Ohio first began in 2004. The training hours for a permit were reduced from their initial 12-hour requirement to 8 in 2015.