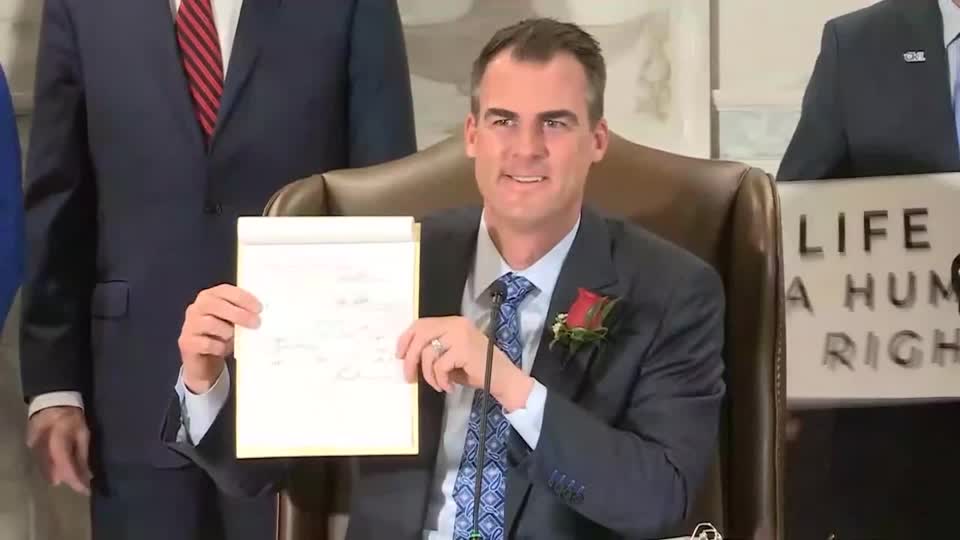 Gov. Kevin Stitt has long advocated for Oklahoma being known as the most pro-life state in the union, and Tuesday he signed a law that will all but impossible to outdo.

Following Stitt’s signing of Senate Bill 612, the state created what amounts to a total ban on abortion and a rigid system of punishing doctors who choose to perform such a procedure.

SB 612 treats the unlawful performance of an abortion as a felony, punishable by up to 10 years imprisonment and as high as a $100,000 fine.

“The most important thing is to take a stand for the unborn and protect life,” Stitt tweeted Tuesday. “Every life is precious. As a father of six, that’s what I believe and I know that’s what Oklahomans believe.”

The most important thing is to take a stand for the unborn and protect life.

Every life is precious.

As a father of six, that’s what I believe and I know that’s what Oklahomans believe. pic.twitter.com/VjmUz5QdOD

The law provides no provision for abortion in the case of rape or incest, but does allow for the procedure to be used as a means of protecting the life of the mother.

The White House expressed outrage upon hearing of the development, with Press Secretary Jen Psaki issuing a release that read, in part, “This unconstitutional attack on women’s rights is just the latest and one of the most extreme state laws signed into law to date … Make no mistake: the actions today in Oklahoma are a part of disturbing national trend attacking women’s rights and the Biden Administration will continue to stand with women in Oklahoma and across the country in the fight to defend their freedom to make their own choices about their futures.”

According to a report by Reuters, abortions were on the uptick in Oklahoma due in large part to an abortion ban in Texas that caused many women to seek the procedure in a neighboring state.

Planned Parenthood said the number of Texans seeking abortions in Oklahoma had risen a shocking 2,500% from 2020 to 2021.