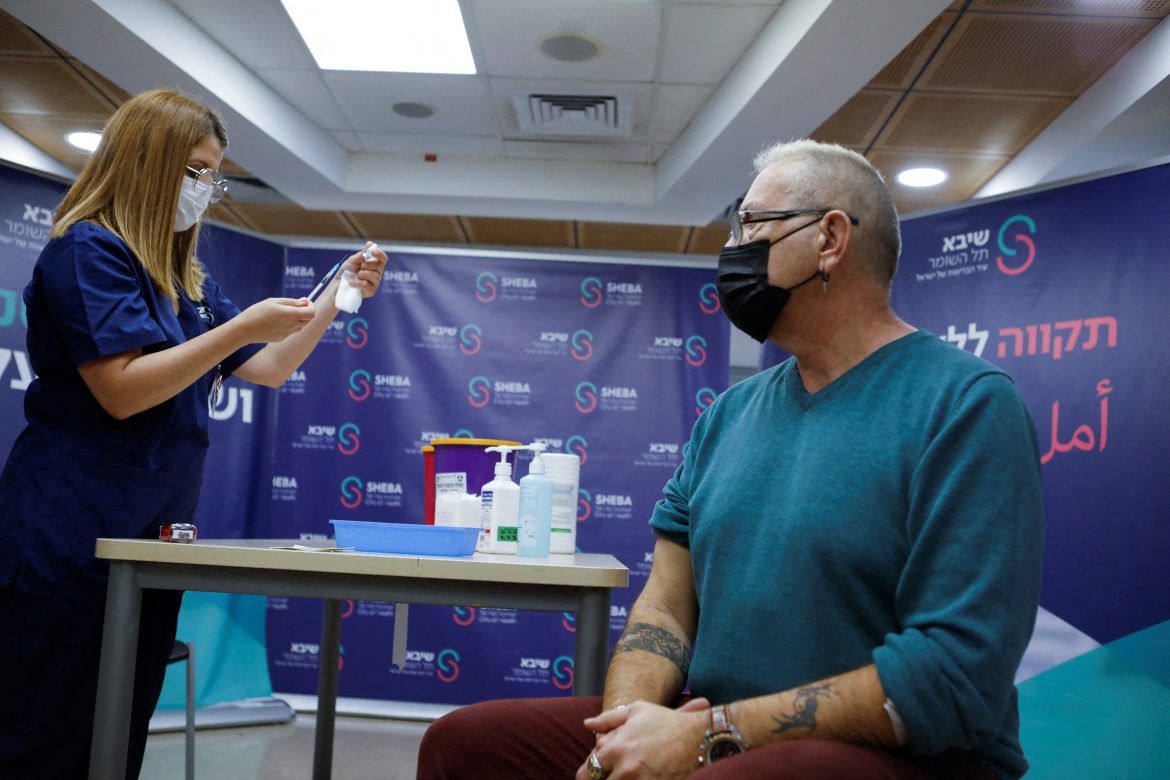 Israel could reach herd immunity amid surging Omicron infections, its top health official said on Sunday, as the country approved the use of Merck & Co’s molnupiravir anti-viral pill for COVID-19 patients.

The highly transmissible Omicron variant has caused a wave of coronavirus cases across the globe. Worldwide infections have hit a record high, with an average of just over one million cases detected each day between Dec. 24 and 30, according to Reuters data.

Deaths, however, have not risen in kind, bringing hope the new variant is less lethal.

Daily cases in Israel are expected to reach record highs in the coming three weeks.

“The (infection) numbers will have to be very high in order to reach herd immunity,” Nachman Ash, director-general of the Health Ministry, told 103 FM Radio. “This is possible, but we don’t want to reach it by means of infections, we want it to happen as a result of many people vaccinating.”

The head of the health ministry’s coronavirus task force, Salman Zarka, said herd immunity was far from guaranteed, because experience over the past two years showed that some COVID-19 patients who recovered were later reinfected.

Herd immunity is the point at which a population is protected from a virus, either through vaccination or by people having developed antibodies by contracting the disease.

Around 60% of Israel’s 9.4 million population are fully vaccinated – almost all with Pfizer /BioNTech’s vaccine – according to the Health Ministry, which means they have either received three doses or have had their second dose recently.

But hundreds of thousands of those eligible for a third inoculation have so far not taken it.

In a statement, the Health Ministry said it had authorized the use of the molnupiravir pill for COVID-19 patients over 18 years of age and signed a supply contract with Merck & Co for its supply, with the first shipment due soon.

Molnupiravir was authorized by the United States last month for certain high-risk adult patients and has been shown to reduce hospitalizations and deaths by around 30% in a clinical trial. In November, Britain became the first country in the world to approve molnupiravir.

Around 1.3 million coronavirus cases have been documented in Israel since the start of the pandemic. But between two to four million people may well be infected by the end of January when the Omicron wave could subside, according to Eran Segal, data scientist at the Weizmann Institute of Science and an adviser to the government.

Over the past 10 days, daily infections have more than quadrupled. Severe cases have also climbed but at a far lower rate, rising from about 80 to around 100.

In Germany, the head of the country’s association of senior hospital doctors said that the Omicron variant could ease pressure on its health system if it turns out to produce milder illness, even though infections are rising.