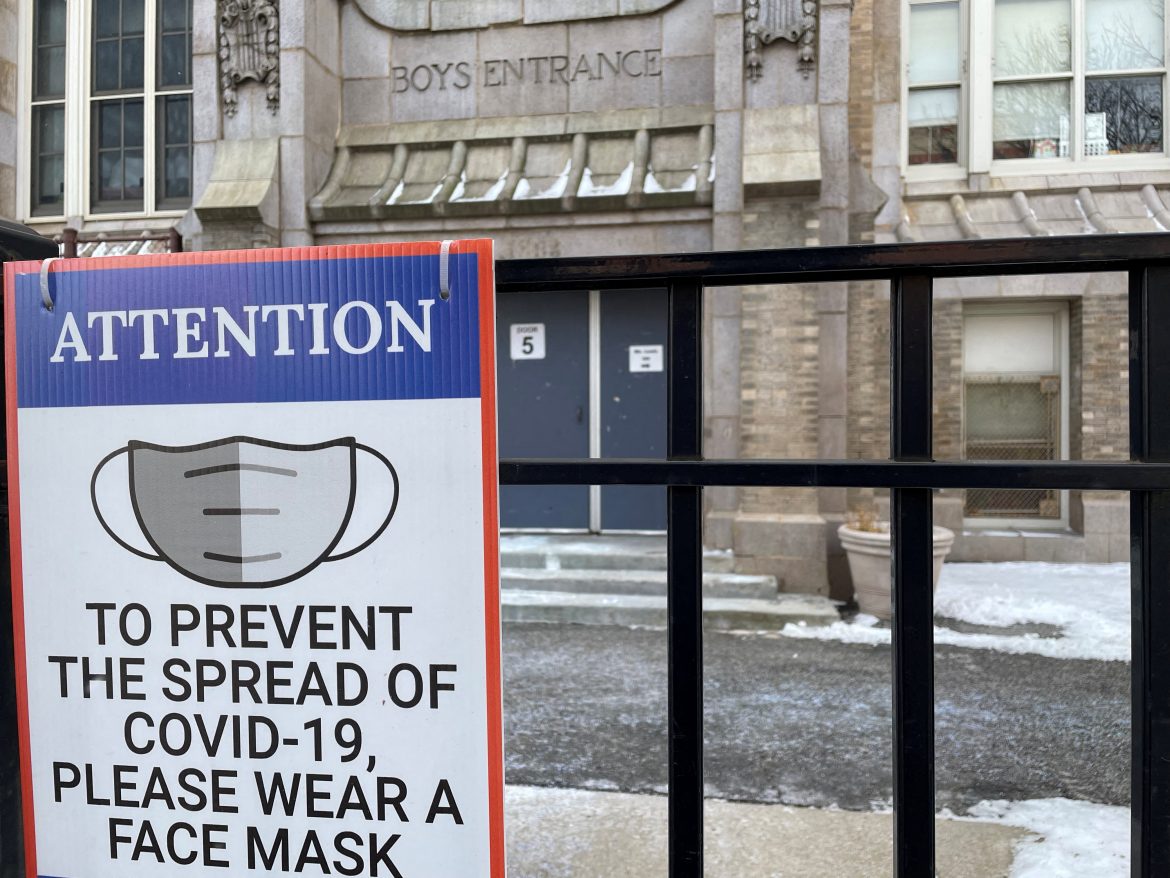 As schools return from winter break, a large number of school districts across the country have returned to remote learning due to staffing shortages and increased COVID cases caused by the Omicron variant.

According to Burbio, which tracks data on in-person learning disruptions, over 5,400 public schools nationwide lost at least one day of in-person learning last week due to the pandemic. This number does not include other closures, such as weather-related instances. The figure is nearly double the previous high for the current academic year of over 2,800 disruptions the week of Nov. 7. 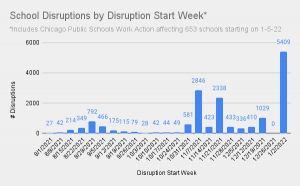 Major cities, such as Atlanta, Cleveland, Detroit, and Milwaukee, are among the hardest hit by the closures. Some of these closures, though, have been caused by teachers’ unions refusing to return to work until stricter COVID mitigation measures are put in place due to the Omicron variant.

In Chicago, schools were open for two days last week, but on Tuesday the teachers’ union effectively performed a walk-out after voting not to report to school buildings the next day in a push for a temporary return to remote learning. In response, Chicago Public Schools canceled all instruction, both in-person and remote, and the ensuing standoff kept schools closed for four days. Chicago Mayor Lori Lightfoot slammed the teacher’s union at the time saying that they had “abandoned their posts and they abandoned kids and their families.”

Lightfoot announced on Monday that she reached an agreement with the teacher’s union, and the approximately 350,000 Chicago Public School students were set to return to the classroom Wednesday.

After the majority of school districts nationwide were forced into remote learning for some or all of the 2020-2021 academic year, officials from the Biden administration and CDC began to encourage a return to in-person learning, claiming that students can safely return to schools with mitigation measures in place.

Secretary of Education Miguel Cardona urged schools to continue with in-person learning even in light of the Omicron variant, saying on Fox News Sunday, “We’ve been very clear: Our expectation is for schools to be open full-time for students for in-person learning. We remember the impact of school closures on students last year, and our science is better.” However, he also acknowledged that, due to the rise in cases from the Omicron variant, “there will be bumps in the road.”

One of the main obstacles for schools reopening right now is the shortage of rapid tests. Because of quarantine rules, many healthy teachers and students who were exposed to someone with COVID are unable to return to the classroom unless they can produce a negative test result.

Some blame these closures on schools for misusing funds that were meant to keep students in the classroom. As part of his effort to re-open schools safely, President Biden included $130 billion in funding for schools to use to implement mitigation measures. However, a Daily Wire investigation revealed that some of the funding has gone to Critical Race Theory initiatives in schools that are now closed for in-person learning.

While many parents and teachers are wary of the risks of sending their children to school during a pandemic, it has become increasingly clear that the academic, social, mental, and emotional cost of keeping children out of school outweighs the risk of transmission, which has been shown to be much lower at schools than in homes.