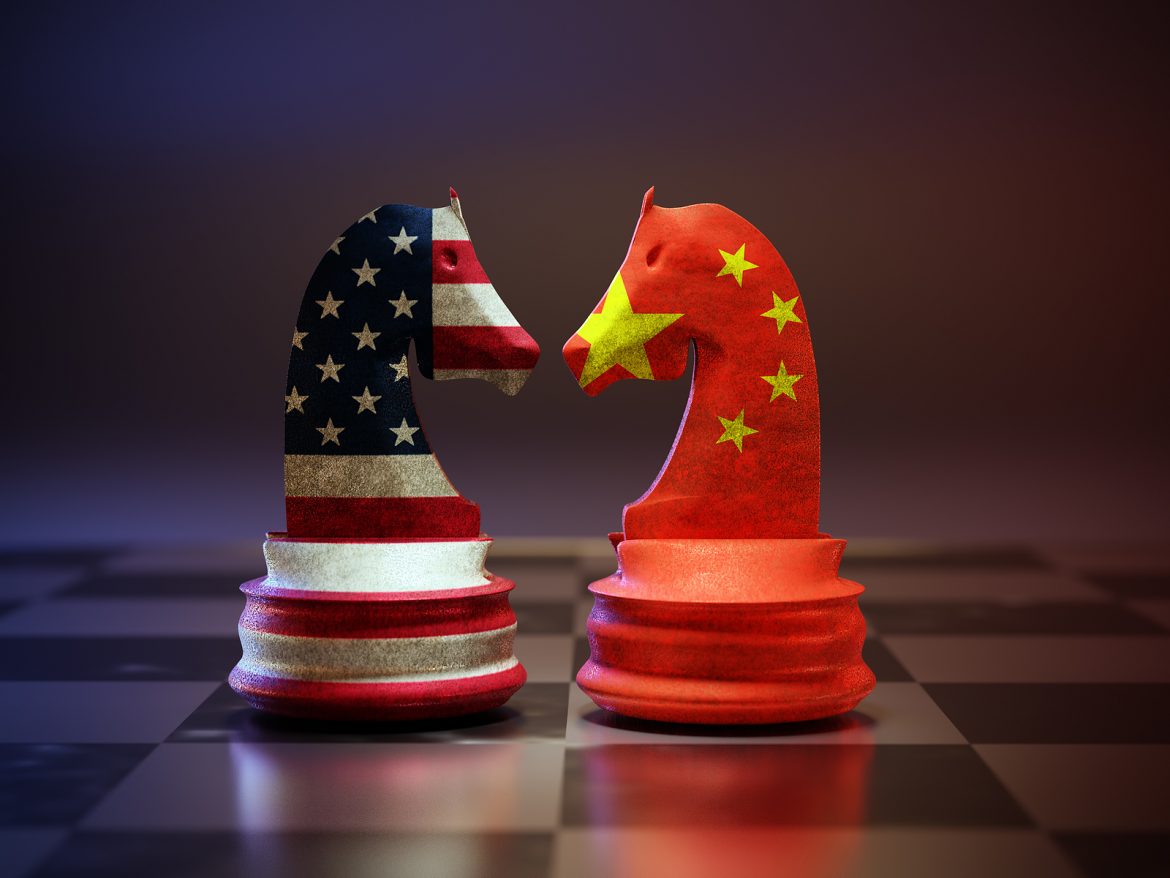 Among the growing list of critical concerns that Washington and Wall Street are downplaying is the rapid decline of big tech companies. China’s overhaul and intellectual looting in the technology sector should be a priority focus of the media, especially in the finance sector, but once again those responsible in keeping U.S. citizens informed and prepared are either shamefully neglectful or cooperatively misleading.

The Pentagon’s very first Chief Software Officer, Nicolas Chaillan, a brilliant young 37-year-old man, resigned his post at the Defense Department last week in protest at the slow pace of technological transformation in the U.S. military. He said “I could not stand to watch as China overtakes America every single day.”

In an interview over the weekend with the Financial Times, Chaillan said that he retired due to the failure of the U.S. to respond to Chinese’ cyber and other threats that are placing his children’s future at risk.  Chaillan said:  “We have no competing fighting chance against China in 15 to 20 years. Right now, it’s already a done deal; it is already over in my opinion.” From his perspective, China is positioned to dominate everything from media narratives to geopolitics. He stated that US cyber defenses in some government departments were at “kindergarten level.”

I may sound like a broken record, but some truths bear repeating: only one president recognized the threat China poses to us and sincerely tried to do something about it.

China cares primarily about two things – military dominance and economic dominance. That is all they care about. Those are the driving objectives of the communist regime and President Trump understood that. They don’t care about anything else. They have proven that they do not care about human rights. They are not concerned about fairness. They are not deterred or troubled over the death of their own people. They are consumed by one goal.

Over the last 3,000 years, China’s leaders have been obsessive in their pursuit of dominance over the world’s economies and military, believing it is their rightful place. They will do whatever it takes to achieve that end.

In the meantime, we have “kindergarten level” security at the Pentagon. We have an administration that is more than yielding to China and Russia. We know the Democratic Party is beholden to Russia, and likely to China as well. They have been swift in conceding any progress Trump made for the U.S. in foreign relations and overall national strength.  They have bought a bill of goods from Communist China, believing that the U.S. can trust their intentions and everything will be okay.

These opportunist politicians must at least be convinced that come what may, they – the elites – will be okay. Remember, these politicians, while comforted by their own self-importance, are not the sharpest tacks in the box. Despite thousands of years of contrary evidence, they believe that this communist government can be trusted to honor their promises.

The Communist Party of China is now 15 to 20 years ahead of us.  We know they have land in Texas and permits to build 600 foot tall windmills. With 600 foot towers between two strategic U.S. Air Force bases and runways long enough to land a space shuttle, do you think there might be an alternative strategy involved? If you believe this is about clean energy, I have an ocean front property in Arizona I’d like to sell you.

We have food shortages and commodity prices through the roof. We have inflation that will make our current national debt look trivial when it triples or quadruples it in just interest alone… until they use some kind of sleight of hand trick to conceal the real numbers. I see papers written by very smart people claiming that moving to a gold standard could fix this crisis… Really? Do you know how many dollars we have printed? Do you think there is  enough gold in the world to cover it?

Others propose that if we just get our economy growing, everything will balance out. Again, not possible. From my mathematics, I believe that in 2013 we lost our ability to grow our way out of this debt. That option became impossible in 2013 – and I don’t have to tell you what has happened to our debt since then.

I am every day thinking and praying through possible solutions. But the first step begins with acknowledging the real problems. China is not a small threat. Our inflation is not transitory. Our current leadership does not have America’s best interest at heart. American patriots need to begin facing some difficult truths and need to be as passionate and strategic as our opponents in pursuing solutions.

Thank you for presenting these Truths ! There are but a very few others doing the same.