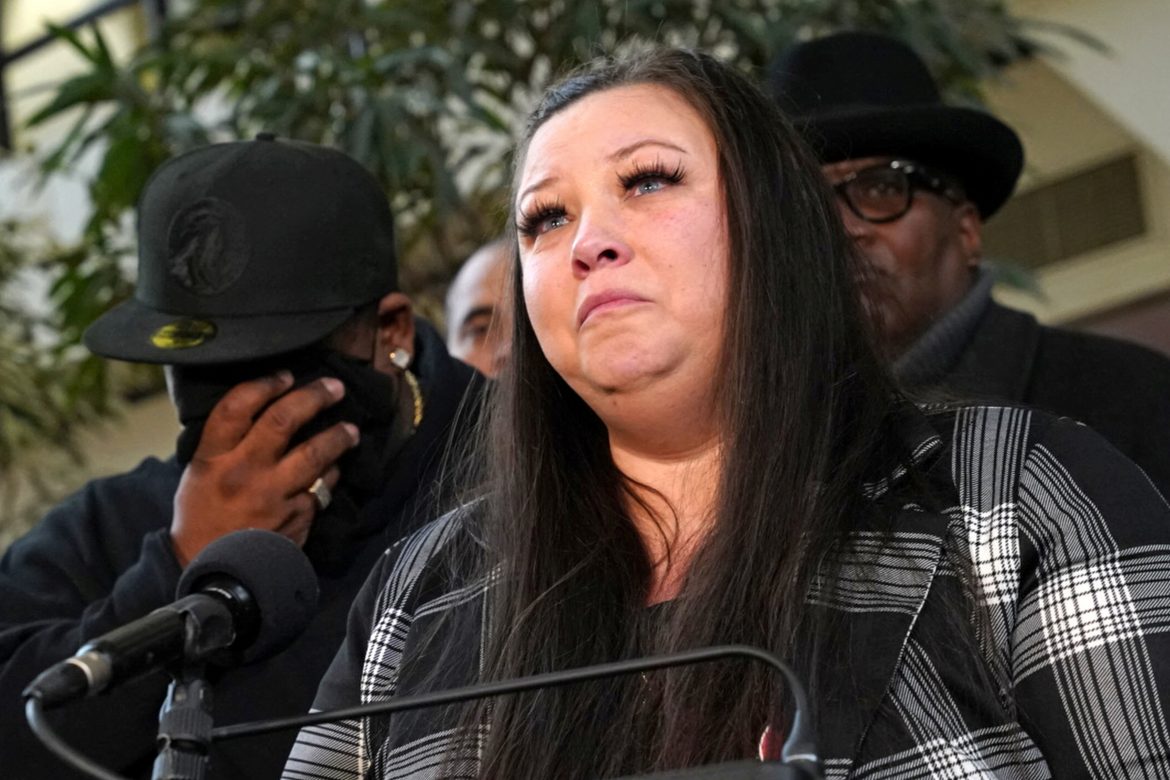 Angry about the perceived lenient sentencing former cop Kimberly Potter received, a hundred protestors marched from the government center to the supposed home of the supervising judge. Meanwhile, social media reports claimed that riots and mass looting were underway in Minneapolis.

Over 100 protestors gathered at the Hennepin County Government Center. From there, they proceeded both on foot and by vehicle to the rumored home of Judge Regina Chu, who presided over the case and formally sentenced Potter to two years with only two-thirds of this time spent in prison. Outside the condominium in the Loring Park neighborhood, the protestors, which included New Black Panthers, held up signs with messages like “Shameless: Maximum Sentence” and “Justice for Daunte Wright.”

Some protestors gathered in support of Potter. According to AP Press, they brandished writings like “Free Kim Potter” and “We Love you Kim: Support the Police.”

Potter, who mistakenly drew her firearm and proceeded to shoot and kill a young black man after shouting “taser” received her two-year sentence on Friday. She was found guilty of manslaughter in the first degree back in December. Approximately 16 months of this time will be spent in prison while Potter will spend the final 8 months on supervised release.

At the sentencing, Judge Regina Chu rejected comparisons between Potter and Derek Chauvin, who also killed a black man in Minneapolis after kneeling on his neck for over eight minutes. Chu said about Potter, “This is a cop who made a tragic mistake.”

In December, Chu rejected a request that Potter be allowed to spend Christmas with her family on bail with a bold declaration that she “cannot treat this case any differently than other case.”

This dramatic tone-shift from Chu combined with the short prison time sparked outrage. Michigan’s recommended sentencing time for manslaughter in the first degree is seven years with a maximum of 15 years.

“Yes, we got a conviction, and we thank everybody for that, but, again, this isn’t OK. This is the problem with our justice system today,” Katie Wright, the mom of the victim, said to Minneapolis’s Star Tribune. She referred to it as a moment where white-woman tears trumped justice.

I may have misinterpreted what Damik said – it's possible Daunte Wright's sisters were the ones going after Chyna Whitaker.

Chyna appears to be getting protected in this video, and afterwards Damik exchanged angry words with a woman who walked away with Chyna. https://t.co/6cE6GiOPHM

There were also reports of looting in Minneapolis last night. At 8:30 pm, only the Icon Beauty Supply located in Brooklyn Center, the same area where Potter originally served as a law enforcement officer, had been targeted by looters. However, police reported that looters might be in the area.

Looting in Brooklyn Center: We’re told people looted Icon Beauty Supply around 8:30 tonight. Law enforcement on scene says this is the only place hit in the city so far, but add there have been reports of looters in the area. #WCCO @WCCO pic.twitter.com/HFE2MNRsXJ

There were also reports of looting at the local Walmart on the local crime Twitter feed. A later report described the area as “quiet” with “newly broken windows” but no word on how much looters might have taken. Both incidents are considered isolated.