Pacific-Island nation out of contact after volcano eruption, tsunami 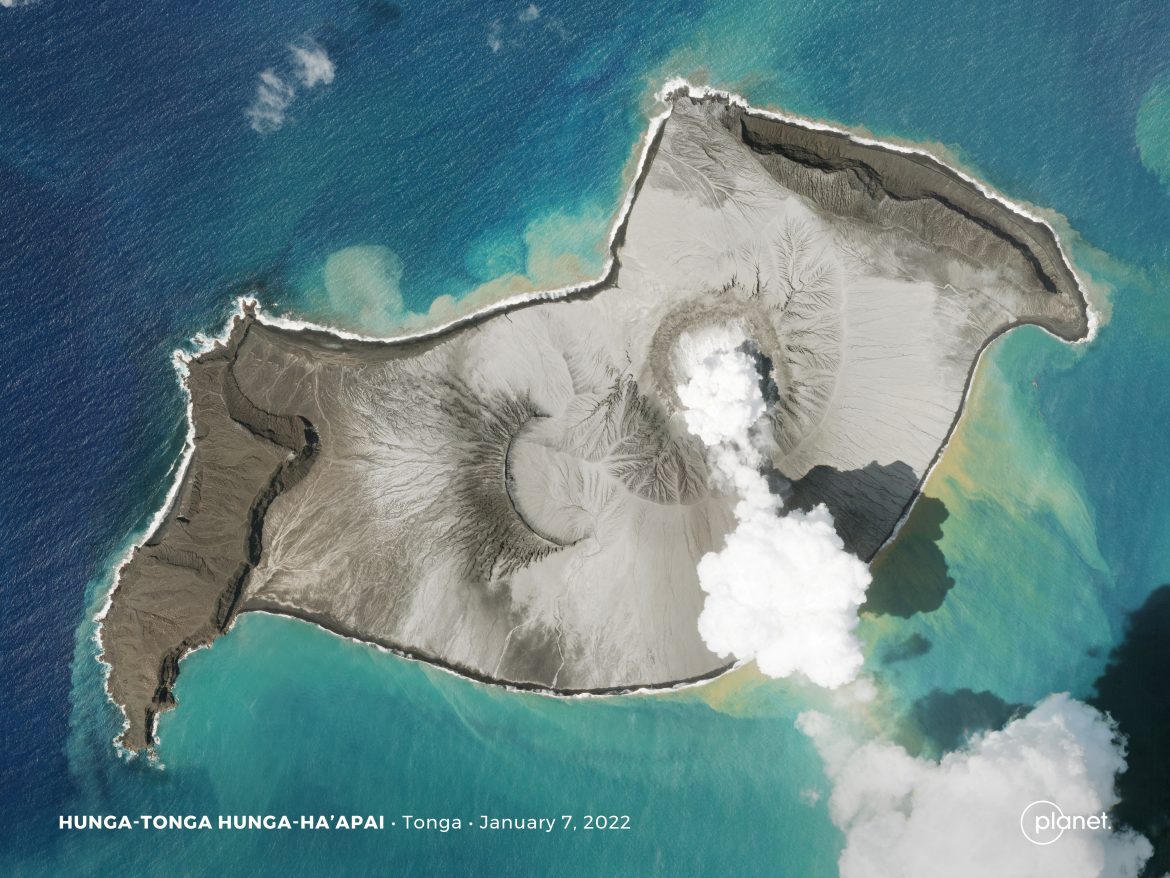 The Pacific Island nation of Tonga is still mostly out of communication after suffering from a tsunami that followed the eruption of a nearby underwater volcano. Unable to reach their island family members, Tongan communities in other nations face growing worries.

“We pray God will help our country at this sad moment. We hope everybody is safe,” the secretary of the Wesleyan Church of Tonga Maikeli Atiola said, Radio New Zealand (RNZ) reported. The church is in Auckland, New Zealand, which lies roughly 1,481 miles southwest of Tonga.

On both Friday and Saturday, the Hunga Tonga-Hunga Ha’apai underwater volcano violently erupted. The largest of these eruptions lasted for eight minutes and shot smoke and ash 12.4 miles above sea level according to RNZ.

Saturday’s eruption was loud enough for residents of both Fiji, 474 miles away, and New Zealand to hear. Subsequent tsunami advisories were issued for Tonga and other island nations along with coastal evacuation orders. A 4-ft Tsunami slammed into the island, striking the capital of Nuku’alofa.

Telephone and internet links were severed around 6:40 pm. The majority of the island, which contains 105,000 residents, has been out of contact since. There have not been any official injury or death reports. However, concern continues to grow as people remain out of contact.

The National Institute of Water and Atmospheric Research, based out of Auckland, New Zealand, shared satellite footage of the volcano’s eruption:

Our climate stations recorded a brief spike in air pressure as the atmospheric shock wave pulsed across New Zealand. pic.twitter.com/BfLzdq6i57

“Nuku’alofa is covered in thick plumes of volcanic dust but otherwise conditions are calm and stable,” New Zealand’s Prime Minister Jacinda Ardern said. She reported that undersea communication cables were down, most likely due to a loss of power.

“There are parts of Tonga where we just don’t know yet… we just haven’t established communication,” Arden said. However, she told the press conference that power was being restored and mobile phones were slowly beginning to work again on the nation.

Australia has announced a plan to send a P8 Surveillance aircraft over the island nation on Monday to survey the damage. This will enable experts to determine the next phase of response to the tragedy.

Regardless of whether official loss-of-life reports are low or high, the people of Tonga have a long road of recovery ahead of them. In particular, concerns over contaminated water after volcanic ash fallout are high.

“Help will be needed to restore drinking water supplies. People of Tonga must also remain vigilant for further eruptions and especially tsunami with short notice and should avoid low lying areas,” Shane Cronin, professor at the School of Environment, University of Auckland, told Reuters.

U.S. Secretary of State Antony Blinken tweeted that he was “deeply concerned for the people of Tonga” and promised a willingness to send support.

Deeply concerned for the people of Tonga as they recover from the aftermath of a volcanic eruption and tsunami. The United States stands prepared to provide support to our Pacific neighbors.