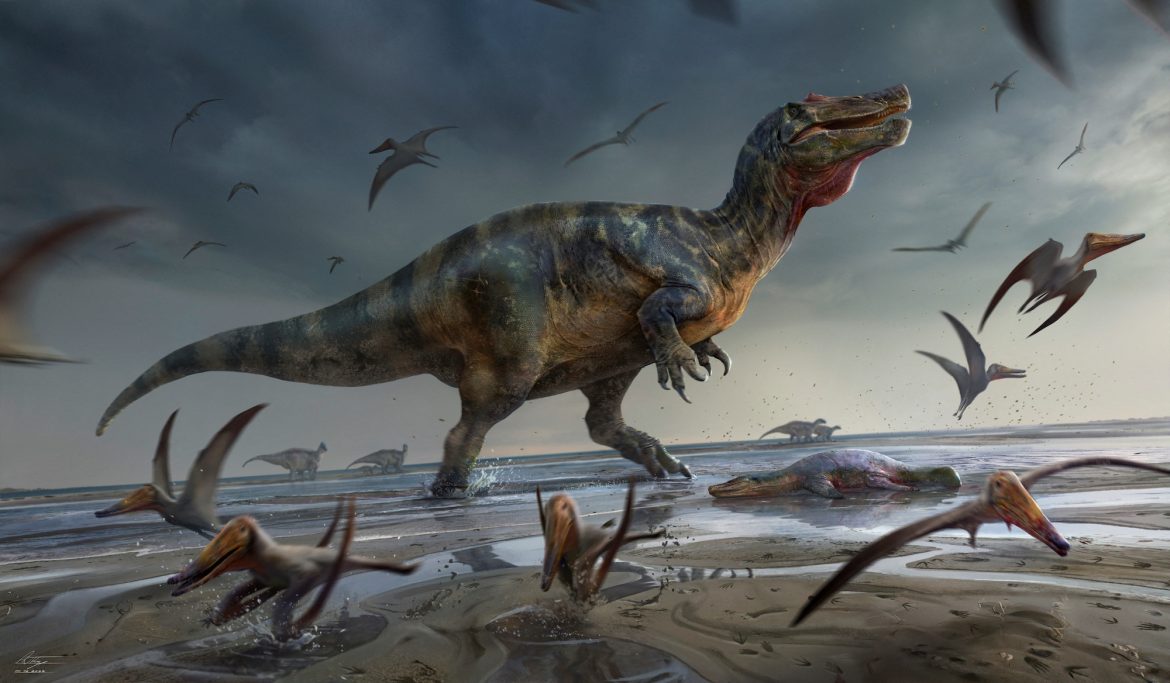 Scientists on the Isle of Wight have found the fossils of what they believe to be Europe’s largest meat-eating dinosaur. The remains are believed to be closely related to the largest carnivorous dinosaur species on record.

The meat-eating dinosaur family, or theropods, were some of the largest known dinosaurs. This family includes the Tyrannosaurus Rex and the Torvosaurus, measuring 42 feet and 33 feet, respectively. The new remains were spotted along Compton Bay on the southwestern coast of the Isle.

Thursday marked the day that paleontologists’ announced that this dinosaur, currently nicknamed “White Rock spinosaurid,” dates back to the Cretaceous Period – believed to be about 125 million years ago. The paleontologists dug up several parts of the dinosaur including back, tail and hip bones and some limb fragments.

Because of the pattern of small grooves on the top of the tail bone, Gostling and other experts believe the remains may belong to a group of dinosaurs called Spinosaurs. This group includes the massive Spinosaurus, which is considered the longest-measuring predator – coming in at about 50 feet long.

“The Spinosaurs that we described last year from the Wessex at the 127 million-year-old deposit … are animals which were roughly 8 to 9 m long. This animal is huge,” Gostling told Fox News Digital about the remains.

Gostling also said that this beast “very well could” be near the size of the aforementioned Spinosaurus; this newly discovered animal has not yet received its own cool scientific name yet, but it will once all the remains have been found.

“Obviously the bigger you get, the fewer you are in any given ecosystem, so to find bones of an individual this big is an exciting find,” Chris Barker, a doctoral student in paleontology at the University of Southampton and lead writer of the study, told Reuters. The study was published in PeerJ Life & Environment.

The group Spinosaurs are known to have a similar makeup to crocodiles: elongated skulls, slender jaws and cone-shaped teeth. These teeth are designed for an aquatic diet, which increases the likelihood of it being a Spinosaur since they are known to have had a close relationship with water.

Experts believe the dinosaur is entirely unique and not a member of any previously identified species, according to Fox News.

This new dinosaur most likely inhabited a lagoon environment, when sea levels were high and covered large parts of Europe. The Isle of Wight is one of the most popular spots in Europe for dinosaur remains. In fact, the same team of researchers found two other Spinosaurs there.

These finds, combined with the newly discovered remains, support their hypothesis that Spinosaurs began in Western Europe before spreading to new areas.