Parler Tests Its Site, But Service Is Still Down

Parler, the Twitter competitor, shut down last weekend after other tech companies accused it of not mitigating enough user content after the Capitol Hill riot. The platform had been silent as the company worked to restore it’s services for web and app use.

However, on January 16th, CEO John Matze posted an update to the website saying, “Hello world, is this thing on?” 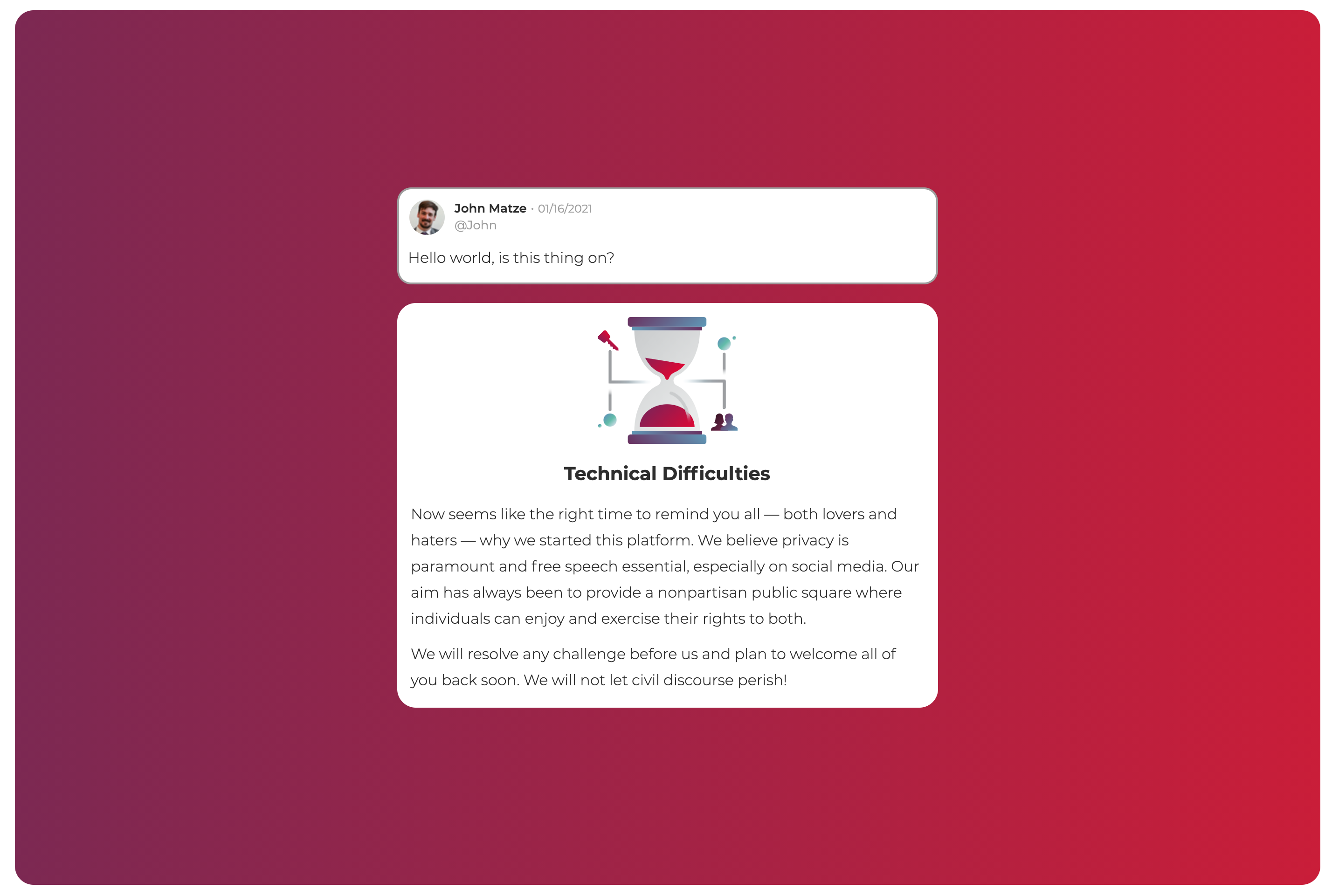 Although no other information was provided, this is a sign that the company may have their domain back and will hopefully restore service soon. They were shut down by Amazon Web Services after their app was removed from the App Store and Google Play Store. Parler promptly sued Amazon following their removal.

White House Evacuation Due To Nearby Fire