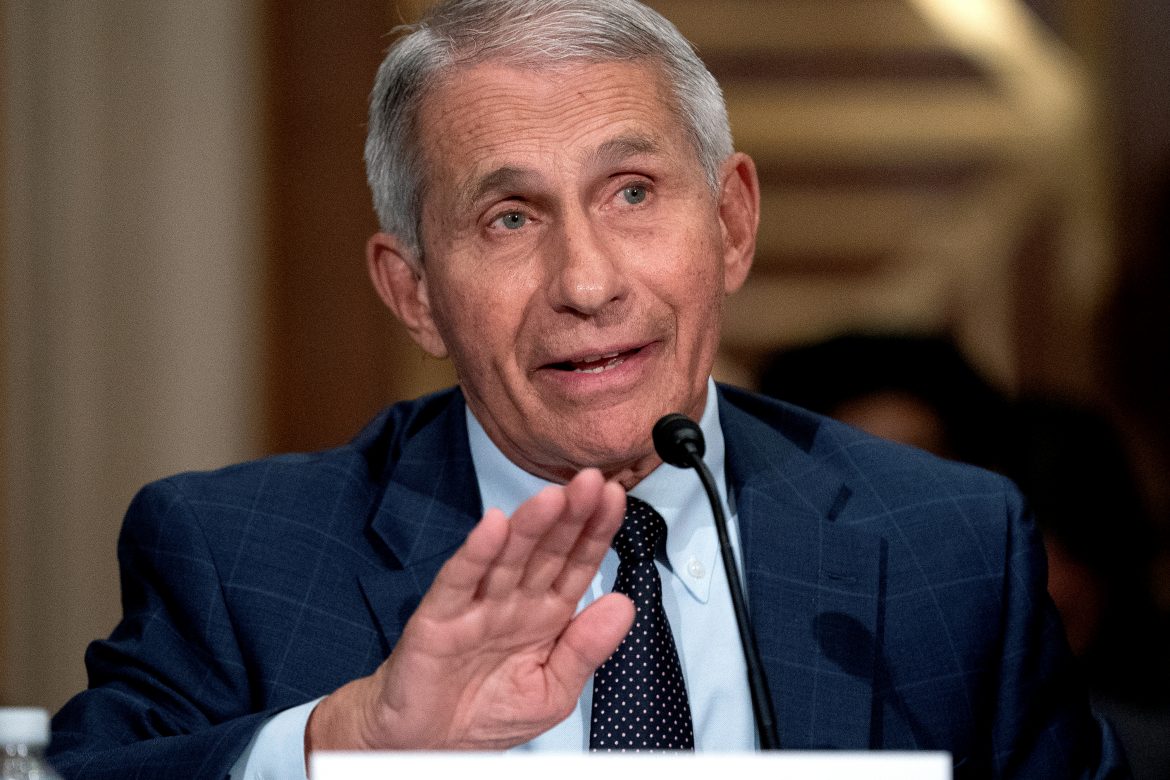 Dr. Anthony Fauci and Senator Rand Paul engaged in another verbal tousle over the weekend, this time indirectly through different interviews. The latest back-and-forth was inspired by new information that shows that the NIH funding of the Wuhan lab did in fact include gain-of-function research.

Paul was interviewed on “Axios on HBO” by Mike Allen on Sunday evening, where he read the relevant part of the National Institute of Health’s letter to Representative James Comer about how experiments were conducted to see if “spike proteins from naturally occurring bat coronaviruses circulating in China were capable of binding the human ACE2 receptor in a mouse model.”

Paul stated that Fauci should be fired for misleading the American public. He quipped, “Just for lack of judgment if nothing else. He’s probably never going to admit that he lied. He’s going to continue to disassemble and work around the truth.”

Later that night, Fauci appeared on “ABC This Week with George Stephanopoulos,” where the doctor was asked to respond directly to Paul’s interview. Fauci said, “Well, I obviously totally disagree with Senator Paul. He’s absolutely incorrect. Neither I nor Dr. Francis Collins, the director of the NIH lied or misled about what we’ve done.”

Fauci defended himself in two ways. He first claimed the research was “very strictly under…a framework of oversight of the type of research.” He also claimed the funded experiments do not meet the definition for gain-of-function research.

“There are people who interpret it that way, but when you look at the framework under which the guidance is, that is not the case,” he told Stephanopoulos.

Fauci also referenced the molecular differences, claiming that the Wuhan virus research could not genetically turn into SARS-CoV-2 even with gain-of-function research used. Fauci said, “You can ask any person of good faith who’s a virologist, and they will tell you, absolutely clearly, that that would be molecularly impossible.”

At the time, Paul said, “Dr. Fauci, as you are aware, it is a crime to lie to Congress.” He then pressed the doctor on if the U.S. had helped fund gain-of-function research regarding bats and coronavirus strains at Wuhan Virology Lab.

After decrying the accusation that he bore any responsibility for the pandemic, Fauci declared, “If anybody is lying here, senator, it is you.”

When the NIH letter surfaced last week, Paul responded on Twitter with a feeling of vindication:

Paul’s dogged pursuit of truth in this matter meant he had to endure character attacks from mainstream media who consistently framed the exchange as being either politically motivated by the Kentucky senator or unfounded by “real” information.

Freelance commentary writer Drew Holden kept track of these media publications who either attacked Paul or defended Fauci. He shared his lengthy thread of screenshotted headlines on Twitter, along with a graphic showing mainstream outlets’ silence on the NIH correction regarding gain-of-function research:

Back in July, journalists treated Fauci’s words as infallible truth. Now, the NIH has admitted to funding gain-of-function research. Will these reporters and outlets issue corrections? Not likely. Here’s the tally: https://t.co/6j0EY9n38b pic.twitter.com/5HwhBzu5CA

Turkey to expel U.S. envoy and nine others, Erdogan says