People Divided Over Mitigation Efforts as Schools Set to Open 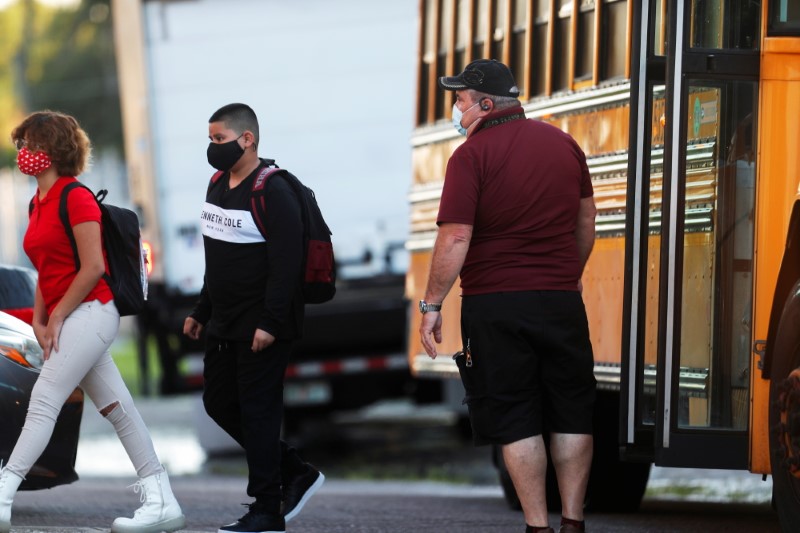 As COVID cases rise, schools have once again become a political battleground, with the future of another school year hanging in the balance. Having just opened or preparing to open soon, many schools are reverting back to masking, social distancing, and other measures that most hoped were a thing of the past.

As of August 4, the CDC updated its school guidance to recommend universal masking for indoor activities, regardless of vaccination status. Many parents have voiced frustration over the renewed mandates and some governors have signed executive orders saying that school districts in their state cannot require masks in schools, emphasizing that this decision must be left up to parents. All of these opposing viewpoints have led to a range of heated exchanges – from school board meetings to political feuds.

Presumably, Americans on both sides of the aisle do not want to be pawns in a political standoff. It would seem that most Americans want to know the facts and keep themselves and their children safe, while still maintaining their medical and constitutional freedoms. However, in the present climate unfiltered facts are hard to come by, and the general message being broadcast is that you have to choose safety or freedom – you can’t have both.

In a video that has recently gone viral, Dr. Dan Stock addressed the Mt. Vernon school board officials about discrepancies he finds between the current recommendations and scientific accuracies, alluding to his belief that safety and freedom should not be mutually exclusive. He stated that “everything being recommended by the CDC and the state board of health is actually contrary to all the rules of science.”

Referencing multiple CDC funded studies, he claimed that “no one can make this virus go away…any more than influenza [or]the common cold.” He warned against making the vaccine mandatory, as many school districts have done with their employees, because “a vaccine done the wrong way…causes the immune system to actually fight the virus wrong, and let the virus become worse than it would with native infection.” He further explained that “no vaccine prevents you from getting infected…you just don’t get symptomatic from it. So you cannot stop spread…with a vaccine because they don’t do the very thing you are wanting them to do.”‘

Many doctors have since come out in opposition to this video due to its viral nature and because they disagree with some of his analysis, only highlighting that agreement on any truth continues to elude us, even when addressing seemingly straightforward data.

There is no question that there has been an uptick in the amount of positive COVID cases over the past several weeks. There has also been a substantial rise in hospitalizations. Thankfully, deaths are not seeing the same statistical rise. As kids go back to school, the future of their school year will depend heavily on how each school or district interprets the data and who they will trust to determine what is best for their students. 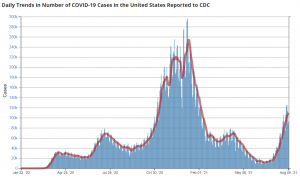 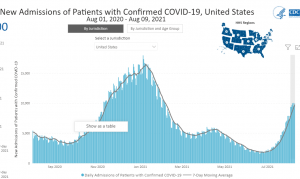 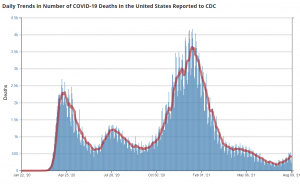