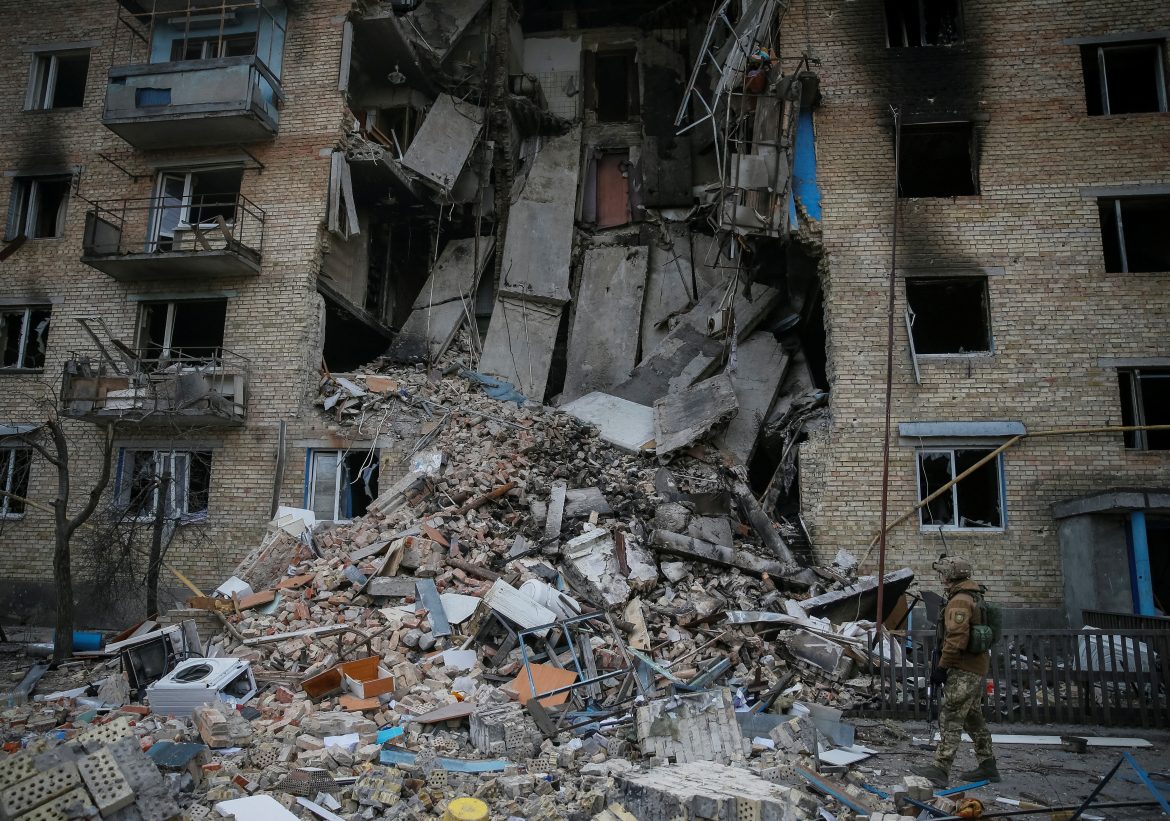 After a 28-year hiatus, legendary British rock band Pink Floyd has returned to international airwaves with a new release that has garnered instant success. The band, long known for its aversion to the music industry, will not profit a single cent from its work; but in this instance, none of the musicians are likely to complain.

Pink Floyd mainstays David Gilmour (guitar) and Nick Mason (drums) teamed with bassist Guy Pratt, a bassist whose connection to the band dates to 1984, and keyboardist Nitin Sawhney to create “Hey Hey Rise Up!” One hundred percent of the money from sales will go to the humanitarian effort in Ukraine.

Gilmour told BBC the song was an expression of “anger at a superpower invading a peaceful nation.”

The band is almost certain to raise an immense sum of money. The song, which was released Friday, is currently atop iTunes in the U.S. and the U.K. ranked as iTunes’ No. 4 worldwide hit.

“Well this is a good thing… #Ukraine️ #PinkFloyd @pinkfloyd Was such an honour to play on this,” Sawhney tweeted.

Well this is a good thing… #Ukraine️ #PinkFloyd @pinkfloyd Was such an honour to play on this. 🙏🏾 pic.twitter.com/K0NJHNIYiL

Despite the historic nature of the reformation of Floyd, the band takes a backseat in its own song.

Equal parts a show of support and a call for peace, the core of “Hey Hey Rise Up!” is built around the voice of Andriy Khlyvnyuk, the Ukrainian lead singer of the band Boombox who has been wounded while serving in defense of his country.

Khlyvnyuk posted a video on Instagram singing “The Red Viburnum in The Meadow,” a song that has become a rallying cry for Ukrainians, while decked out in his military garb and ready to defend Kyiv.

Having been shown the video of Khlyvnyuk, Gilmour became inspired.

“It just struck me that, as it is a capella, one could turn this into a beautiful song,” Gilmour told BBC.

But to garner for the song the greatest possible attention, Gilmour knew he needed the name of Pink Floyd to be attached. Thus, he reached out to his drummer.

“And he was absolutely on for that.”

The same could not be said for Roger Waters, a band cofounder who replaced the late Syd Barrett as Pink Floyd’s front man in the late 1960s.

Waters, whose mutual antipathy with his ex-bandmates is well documented, did not participate.

“Let’s just say I was disappointed and let’s move on,” Gilmour told The Guardian. “Read into that what you will.”