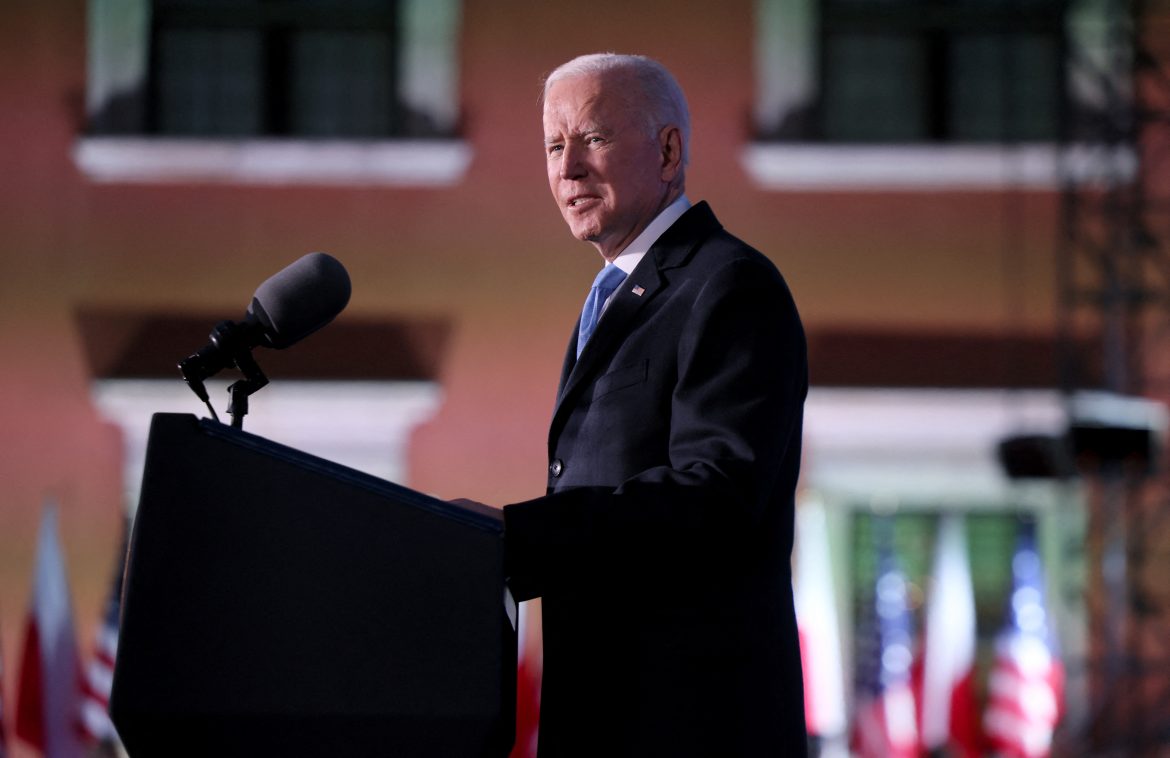 President Biden‘s approval rating has plummeted to a new low, according to an NBC News poll released Sunday.

Seven out of ten respondents expressed low confidence in the president’s ability to manage the ongoing crisis in Ukraine, while eight in ten said they fear global tensions will result in higher gas prices and could possibly even lead to nuclear war.

The findings were released by NBC on the heels of a trio of serious verbal missteps the president made over the course of last weekend’s summitry in Europe where Western leaders had gathered for emergency meetings to discuss the Russia-Ukrainian war. Biden’s ad-libbed declaration that Russian President Vladimir Putin “cannot remain in power,” made during a speech he delivered in Poland Sunday, sent his administration into a tailspin as they scrambled to downplay the gaffe amid ongoing Western fears of provoking the Kremlin.

The same survey also revealed that Biden continues to bleed support from voters in key demographics, including independents and minorities, ahead of November’s midterm elections. The president’s job approval among black respondents in the poll dipped two percentage points to 62%, while his approval from women plunged seven points from 51% to 44%.

The results further show Republicans holding a two-point advantage over Democrats among respondents in terms of which party should control Congress.

The poll was conducted from March 18-22 among 1,000 adults, with a margin of error of 3 percentage points.