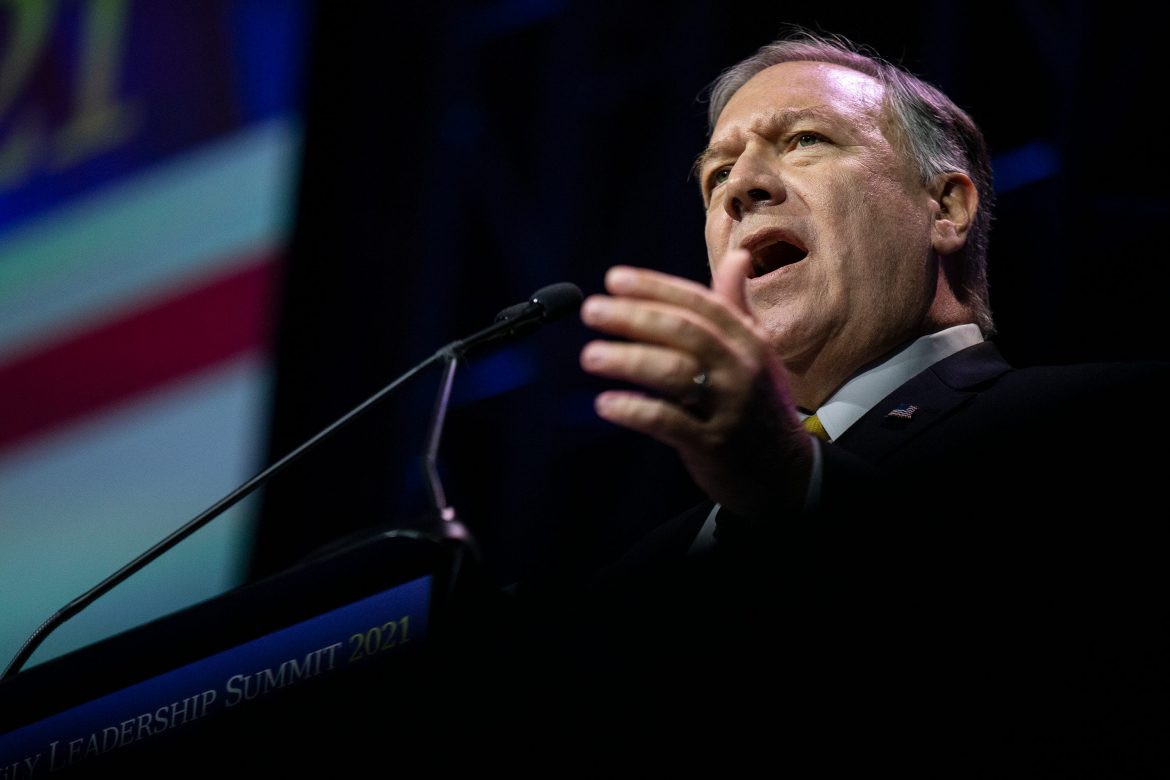 Former Secretary of State Mike Pompeo toured Israel this week in a trip celebrating the one year anniversary of President Trump’s Abraham Accords that normalized peaceful ties between Israel and multiple Arab countries. The visit culminated in a launch of the Friedman Center for Peace Through Strength, which was founded by former US Ambassador to Israel, David Friedman.

At the launch celebration Ambassador Friedmen awarded Pompeo with the very first “Peace Through Strength Award.”

In his acceptance speech the Secretary touted the success of the Trump administration’s peace deals in the Middle East, saying the Arab-Israeli conflict may be coming to an end.

We are on the cusp of ending the Arab-Israeli conflict and changing the Middle East for the next 100 years. It’s all based on a simple premise: Israel can and should be the solution, not the problem, within the region.

Pompeo, who is a devout Christian, also asserted the Biblical truth that Israel (including the much disputed Golan Heights) is the historical and rightful homeland of the Jewish people, and that the Trump administration’s unwillingness to waver on this fact has led to greater peace.

Peace is difficult to maintain if one is unprepared to stand on the truth.  We acknowledged – rightfully – that the capital of the State of Israel, the Jewish homeland, was in fact Jerusalem, and that our embassy ought to be there. This is just a simple truth. The fact that the Golan Heights is the proper sovereign space of the State of Israel was just a reality. It was the truth, and we spoke to that in a very real way.

During his tour, Pompeo also spoke at the Psagot Winery (which has a wine named in his honor), where he rejected claims made by American progressives that Israel is an “apartheid” state.

“This is the rightful homeland for the people of Israel here in Judea and Samaria,” Pompeo said. “We recognized that this is not an occupied nation, this is not an apartheid country. It is a democracy where faiths can be practiced from all of the Abrahamic traditions.”

This week Pompeo and former National Security Adviser Robert C. O’Brien will receive the Richard Nixon Foundation’s 2021 Architect of Peace Award “for their work developing and implementing both the 2020 Abraham Accords and the 2020 Serbia-Kosovo economic normalization agreements, as well as their oversight of the repatriation of more than 50 American hostages detained abroad.”

The award will be presented October 14 at the  Richard Nixon Presidential Library in Yorba Linda, California.