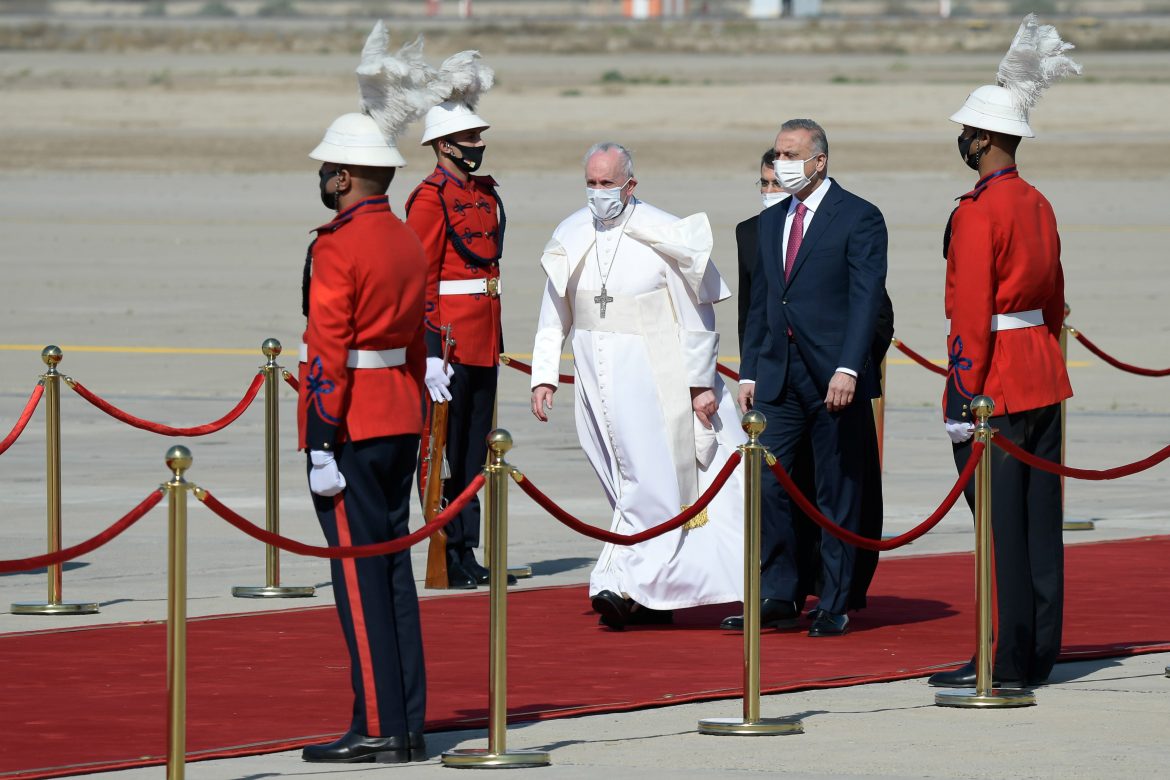 On Friday, Pope Francis I embarked on the first ever papal visit to Iraq, his riskiest trip since his election in 2013 and his first trip outside Italy since 2019, saying he felt duty-bound to make the visit because the country had suffered so much for so long.

His first stop after his plane touched down at Baghdad International Airport was to meet Iraqi President Barham Salih at the presidential palace, where a red carpet, military band and flock of doves greeted the pontiff.

Iraq has deployed thousands of additional security personnel to protect the 84-year-old pope during the visit, which comes after a several rocket and suicide bomb attacks raised fears for his safety.  A motorcade of dozens of vehicles accompanied Francis out of the airport compound, which has recently come under rocket fire from militia groups.  The pope commented briefly to reporters aboard his plane,

I am happy to be making trips again.  This is an emblematic trip and it is a duty towards a land that has been martyred for so many years.

Francis, who normally insists on using simple and small cars on his trips, was driven to the palace in a bullet-proof BMW sedan.  His whirlwind tour will take him by plane, helicopter and possibly armoured car to four cities, including areas that most foreign dignitaries are unable to reach.