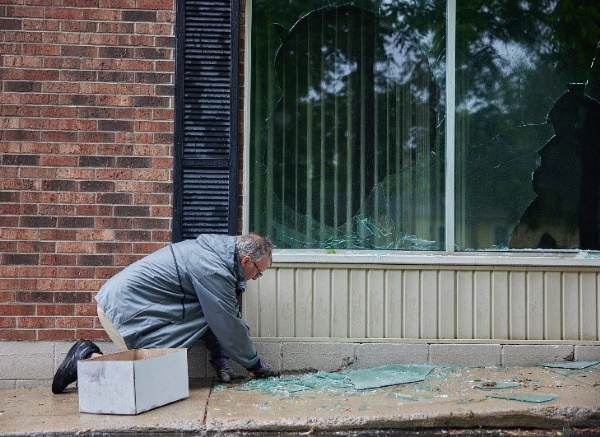 Two months after a pro-life pregnancy center was firebombed and vandalized by pro-abortion activists, its CEO is hailing the facility’s reopening as nothing short of a “miracle.”

On June 7, CompassCare announced a potentially deadly attack had resulted in “catastrophic damage” to its facility in Amherst, N.Y.

“Early this morning police and firefighters responded to smoke at CompassCare’s Buffalo office. The building was firebombed. The windows in the reception room and nurses’ office were broken and fires lit. Graffiti on the building left by arsonists refers to the abortion terrorist group Jane’s Revenge, reading ‘Jane Was Here,’” the CompassCare website announced.

The CompassCare clinic is one of numerous pregnancy help centers throughout the U.S. that have been the target of vandalism and violence since the May 2 leak of the Supreme Court opinion in Dobbs v. Jackson Women’s Health and the subsequent repeal of federal abortion rights on June 24.

Jane’s Revenge declared “open season” on pro-life groups in a June 14 communique which also called for the disbandment of every pro-life organization in the United States within 30 days.

During an Aug. 1 grand reopening ceremony, CompassCare CEO Jim Harden announced that the Amherst facility had been “rebuilt in [only] 52 days.” He also lauded the fact that, in spite of the vicious attack, “we didn’t shut down for a single day,” indicating that patients were relocated to a CompassCare facility in Rochester on the day of the attack.

“We were up and running the very next day in an alternate location,” he said.

Harden credited the “miracle” reopening of the Amherst facility to “the generosity of the people of God” in an interview with The Christian Post.

The attribution was well founded since the repairs needed to reopen the facility posed a monumental undertaking. All of the windows, doors, and the entire ceiling had to be replaced, while the building’s floors and several walls required extensive repairs and/or replacement.

Harden describes CompassCare as “a Christ-centered agency dedicated to empowering women to erase the need for abortion by transforming their fear into confidence because everyone is made in the image of God.”

According to its website, CompassCare at Amherst has provided care for women facing unplanned pregnancies since 2019. Additional locations include Rochester and Albany in Upstate New York.

In addition to the remarkable reopening, Harden said news of the attack put a spotlight on CompassCare in a way that has opened up new opportunities for the organization.

“Because of this firebombing, we’re able to engage…additional partners to help us kind of realize our plans that we’ve been developing since 2018,” he told the Post.

Among these new partners is an international telehealth organization with a presence in 79 countries and 50 states.

“[T]hey said, ‘What can we do to help?’ They heard about the firebombing. And we said, ‘Well, we’re looking for a telehealth partner,” Harden explained. Their response was “We’re in; what do you need?”

The new partnership will allow CompassCare to provide “21st century telehealth tools” that will enable 650 U.S. pregnancy centers to “compete head-on with the abortion industry for the first time since 1973,” Harden added.

Harden was joined at the press conference by Rep. Claudia Tenney (R-N.Y.) who has introduced legislation to enhance penalties for individuals or groups who target pro-life centers. The Pregnancy Resource Center Defense Act “increases penalties for attackers to these vitally important pregnancy centers all across our nation,” Tenney said.

The measure would classify attacks on pro-life centers as felonies, rather than misdemeanors, with fines ranging from $10,000 to $25,000. The legislation would also increase the mandatory minimum prison sentence for attacks involving arson from five years to seven.

Harden vowed that the horrific attack and threat of further violence would not dissuade CompassCare from continuing its work in providing medical care and support to pregnant women facing uncertainty.