President Zelenskyy asks for more U.S. support in his addresses to Congress 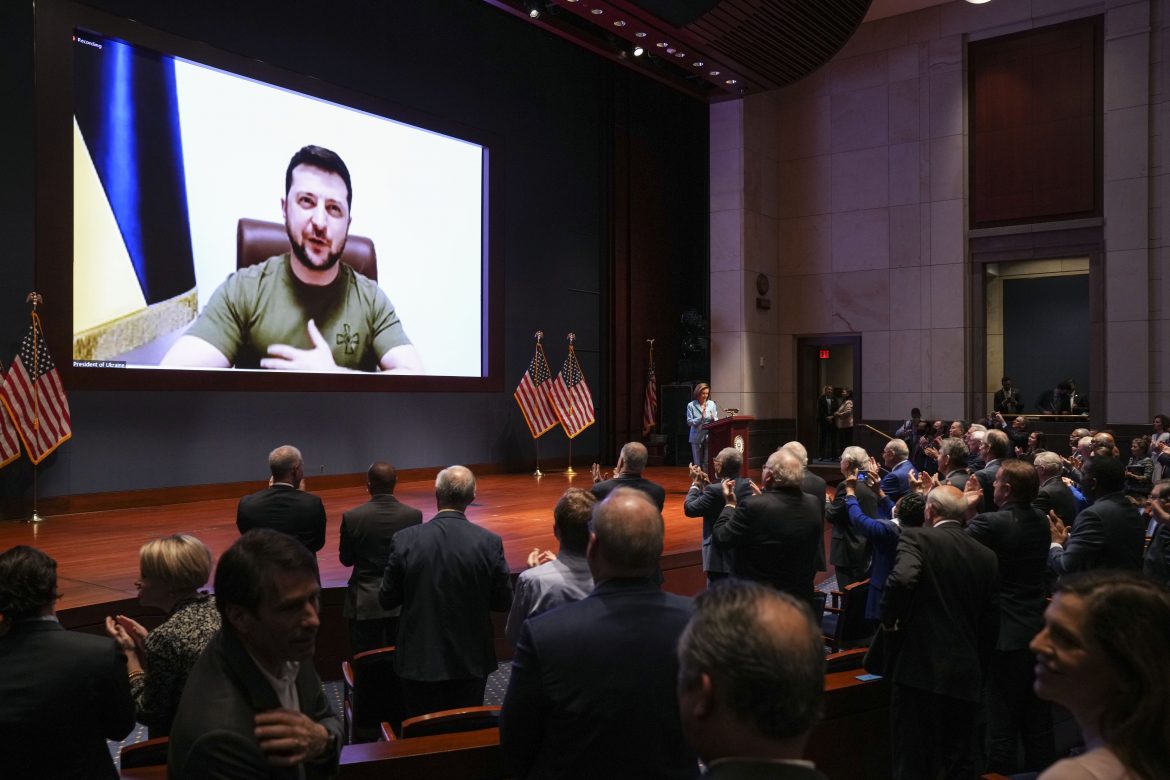 At 9:00 this morning, President Volodymyr Zelenskyy addressed the United States Congress, where he pleaded with lawmakers to provide more help to his war-torn country.

He opened his speech with an emotional plea that his country was attacked without provocation and the people who live in Ukraine are suffering.

He went on to compare the current conflict with catastrophic events in America’s history including Pearl Harbor and the September 11 attacks – events he said were unexpected and impossible to stop but showed the courage and resolve of the American people. President Zelenskyy stated that he believes that the attack on his country, while impossible to prevent, has similarly shown the world the courage and conviction of his country and he now needs global help to keep his country intact.

Very early in his speech Zelenskyy asked for a “no-fly zone” over Ukraine. This was the most specific and impassioned request that he made during the speech. He noted that bombs are being dropped indiscriminately by the Russians, with no regard as to whether or not they are targeting the elderly, women, or children. He stated that believes the most helpful action that America could take is to institute an aircraft and missile ban over his country regardless of the consequences.

Zelenskyy then brought up Martin Luther King’s “I Have a Dream” speech, changing the wording to, “I have a need.” He pleaded that the Ukrainians have an urgent need for help and that limiting Russian’s air assaults would meet that need.

Zelenskyy then said that if a no-fly zone was “too much to ask” that the U.S. could at least provide jets and other defense systems to help their defensive efforts. This was in direct response to the White House rejecting Poland’s request to filter all U.S. military goods to Ukraine to help their war efforts. The Biden administration had said that Russia could see this as a provocation which could spark a more widespread war.

However, he then pivoted to reiterate that what has been done so far was not enough, saying he needed more – more sanctions, more restrictions on everyone in the Putin regime, sanctions against all Russian politicians, and a unified boycott of the Russian market by American companies.

President Zelenskyy also asked for new alliances including one specific alliance that he called “U24.” U24 would be a union of responsible countries, who come together to fight for peace and do whatever they can to prevent future wars. He desires for there to be a union of countries that would respond within 24 hours to any potential conflict, no matter the country, with military might, finances, and equipment. It would also be able to help with health, humanitarian, and disaster relief responses so that wealthy countries could help other countries and save thousands of lives all over the world.

In the middle of President Zelensky’s plea, he showed a powerful video that highlighted what his country looked like before the Russian invasion followed immediately by video and pictures of what has happened since. These images included a bombing of a maternity clinic, civilians being transported on stretchers, mass graves, and missiles striking civilian buildings in Ukraine.

Zelenskyy then finished his speech by switching to the English language, saying that strength is not measured by the size of the country, but rather by the courage and justice of its citizens. He said his country has shown both.

President Zelenskyy closed his speech by saying that helping his country right now is more than just helping Ukraine in the present, it is about changing the world in the future. It is about making the world a better and more peaceful place; a place where countries like Russia cannot attack unprovoked for nothing more than a desire for power.

He closed his speech by specifically addressing President Biden in an effort to spur him to action. He called on him, as the leader of the free world, to be a leader of peace, and that he believes being a “leader of peace” means that he should do anything in his power to stop this war.

It was clear from the speech and the reports coming from the country that the Ukrainian people are in a desperate situation. America, at least in Zelensky’s mind, is not doing enough, and he is hoping that his plea to the humanity of the legislators will spark them to take further action.

Researchers identify genetic mutation that may be cause of infant leukemia