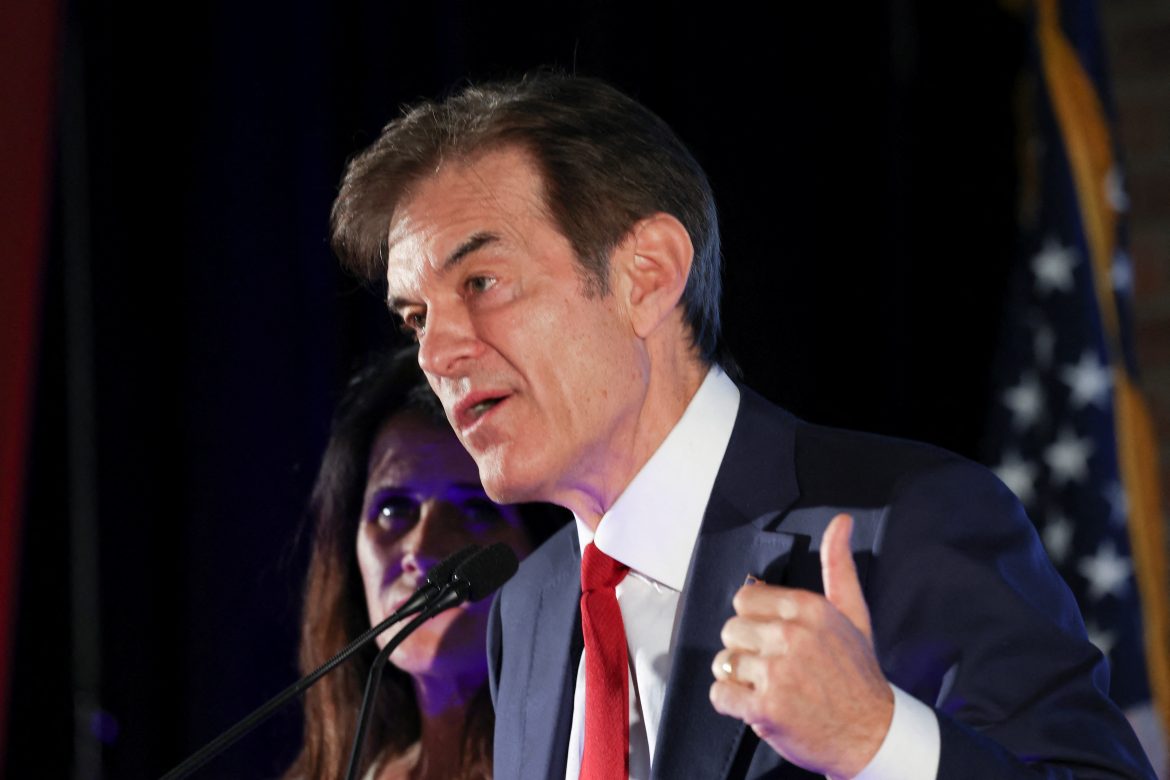 Republican candidates endorsed by Donald Trump won their party’s nominations for governor in Pennsylvania and for the U.S. Senate in North Carolina in Tuesday’s primary elections largely seen as the biggest test to date of the former president’s lingering influence among Republican voters ahead of November’s midterms.

Their respective supporters will likely have to wait a bit longer for the final results: under Pennsylvania law, any margin of 0.5% or less automatically triggers a recount. Whoever emerges as the victor will face progressive liberal John Fetterman, who won the Democratic Senate primary, defeating centrist U.S. Rep. Conor Lamb. Known for his tattoos and penchant for wearing gym shorts and hoodies on the campaign trail, Fetterman’s victory came just hours after he underwent surgery to have a pacemaker implanted following a stroke last week.

In a statement, President Biden praised Fetterman and warned that whoever prevails in the Republican contest “will be too dangerous, too craven, and too extreme” for the state, Reuters reported.

Another Trump-endorsed candidate, Senator Doug Mastriano, clinched the GOP nomination in Pennsylvania’s gubernatorial race, though some Republican party insiders fear he could turn off moderates and independents in the midterm elections. Mastriano has been vocal in his support of the former president’s claims that the 2020 presidential election was “rigged” and marched alongside demonstrators on Capitol Hill Jan. 6, 2021, to protest the results. Mastriano will face off against Democratic Attorney General Josh Shapiro in the November 8 general election.

Elsewhere, North Carolina proved a mixed bag, in terms of gauging Trump’s influence among conservatives. Rep. Madison Cawthorn lost his bid for a second term to state Sen. Chuck Edwards. The freshman congressman, who at 26 is the youngest person to hold a seat in the House, struggled with a string of private and political embarrassments during his first year in office. Even though he secured an endorsement from the 45th president these missteps proved too great to overcome.

In Idaho, Trump’s gubernatorial pick, Lt. Gov., Janice McGeachin, failed to unseat Gov. Brad Little in that state’s primary, while Republican Reps. Thomas Massie, Andy Barr, and Hal Rogers won their primaries in the state of Kentucky on Tuesday after all three were endorsed by Trump.

Primaries were also held in Oregon, where the former president did not endorse any candidates. Trump lost the state by 16 percentage points in 2020.

For those keeping track, all but two of Trump’s 47 endorsees — of whom 41 were incumbents — have won in primaries so far.

Republicans still appear to be well positioned to retake the House in November, according to a majority of political watchers, which would help them hamstring Biden’s already struggling legislative agenda.

Democrats have a better chance of retaining their control in the Senate, currently split 50-50 between the parties with Vice President Kamala Harris holding the tie-breaking vote, but it is still likely it could flip to a GOP majority as well.