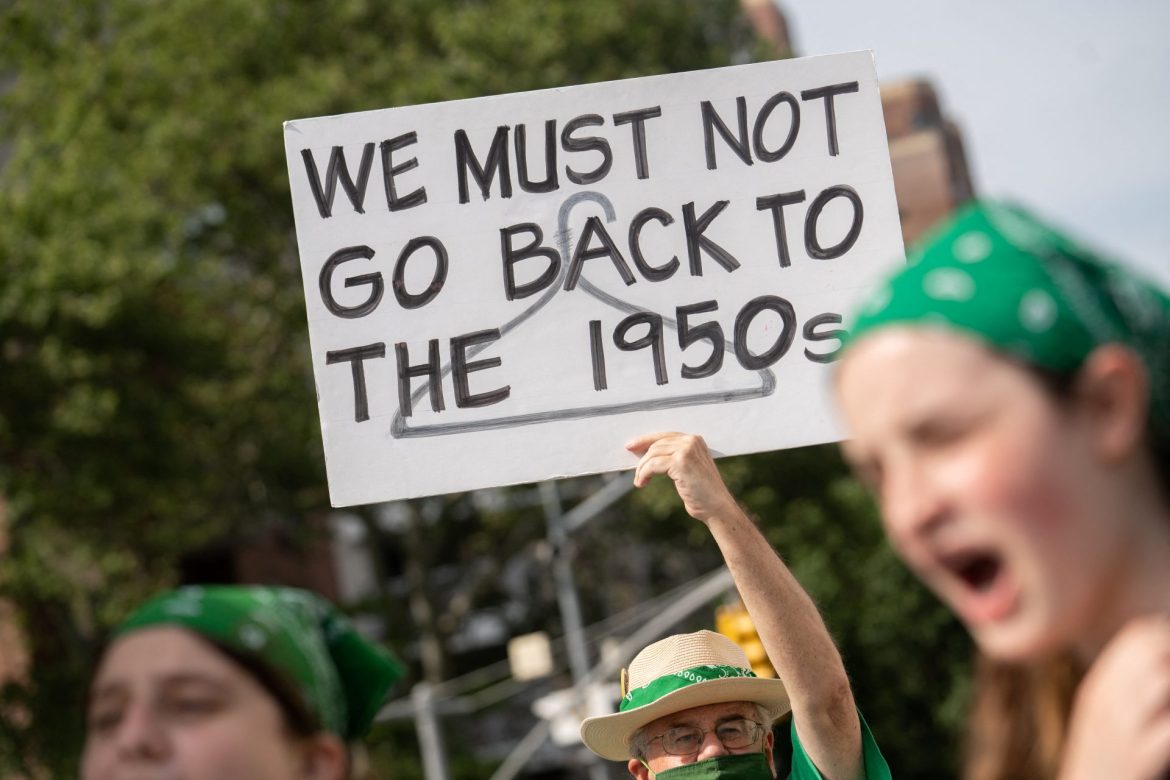 Pro-choice protestors gathered and even blocked off streets around the U.S. Supreme Court on Monday in anticipation of an expected ruling that could overturn Roe v. Wade.

The protest organization ShutDownDC made plans to blockade streets and intersections surrounding the Supreme Court. The effort, which they termed “ShutDownSCOTUS,” took place Monday morning and lasted throughout most of the day with the intent “to shut down business as usual at the Supreme Court.”

The D.C. police were aware of the planned protest. Metropolitan Police Chief Robert Contee said in a press conference last Friday that he will have “coverage in neighborhoods and our downtown areas, which includes the activation of civil disturbance unit platoons,” according to ABC News.

Journalist and photographer Alejandro Alvarez tweeted a video of the protests happening right in front of a police presence near the National Mall.

Abortion rights supporters are marching around Capitol Hill intending to block vehicle access to the Supreme Court ahead of an opinion that could upend Roe, but police have cut off their approach to the building at multiple points. pic.twitter.com/SQyqwCGcaZ

FOX News reported that the demonstrations ended sometime around 11 a.m. after protesters learned that there would be no announcement of a ruling in the case expected to overturn the 1973 Supreme Court decision that granted access to abortion nationwide instead of leaving the issue to the states.

“Early this morning, around 150 activists deployed a mobile direct action blockading multiple intersections surrounding the Supreme Court,” a report on ShutDownDC’s website said. “The protest disrupted business as usual at the Court, which is expected to rule [in favor of conservative and corporate interests] in several influential cases in the coming weeks,” it added.

ShutDownDC’s Twitter page even claimed that they had “shut down” the “decisions” for the day.

The decisions for today are done. We shut it down! Now heading back to our meetup location to plan WHAT’S NEXT. #shutdownscotus

Other pro-abortion groups are said to have been in attendance as well with the same goal of stopping the decision from being issued. Reuters also reports that a separate pro-life protest was happening at the same time and happened to be very close by.

These protests and others like it are a response to the leaked ruling opinion draft for Dobbs v. Jackson Women’s Health Organization. The case is centered around a law in Mississippi which would ban abortions after 15 weeks, with the justices focusing on “whether all pre-viability prohibitions on elective abortions are unconstitutional.”

Many saw this case as a genuine challenge to the legality of Roe v. Wade. In the leaked opinion Justice Samuel Alito stated that “Roe and Casey must be overturned,” the latter of which references a separate Supreme Court case that upheld Roe.

While the Supreme Court heard arguments in Dobbs v. Jackson late last year, the opinion for the case was long expected to be issued sometime in June or July of this year.

In response to this opinion, protests have cropped up specifically from pro-abortion groups and individuals. There have been multiple protests staged in front of the Supreme Court and around the homes of mostly conservative Supreme Court justices.

Most recently, a man was arrested for the attempted murder of Justice Brett Kavanaugh after he was found by police with a gun and other tools near the justice’s home. The individual called 911 and confessed that he was upset about the leaked draft opinion and planned to take action after finding Kavanaugh’s home address online.

Despite the high-profile nature of this arrest and confession, a report from Based Politics shows that the news received no coverage nor mentions on any of the Sunday shows for CBS, CNN, ABC, and NBC.