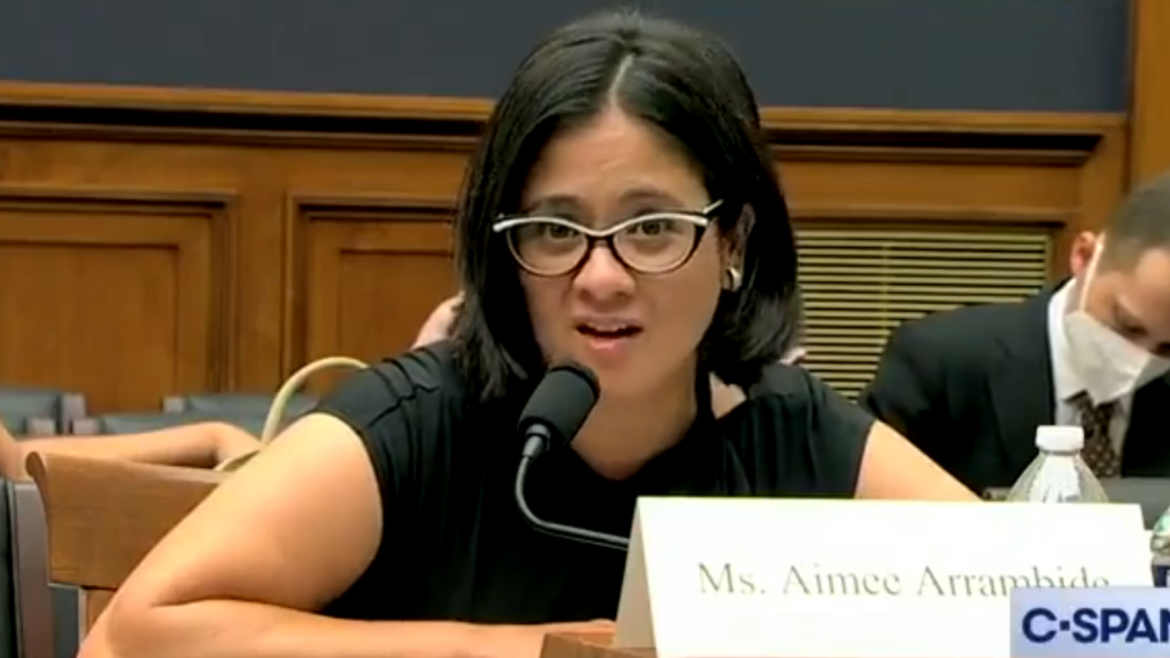 The House Judiciary Committee held a hearing on abortion rights on Wednesday, where pro-abortion witnesses dodged questions on the procedure’s morality, refused to denounce partial-birth abortion, and even suggested that men can become pregnant and receive abortions.

During the hearing, Rep. Mike Johnson (R-La.) asked Democrat witness Aimee Arrambide, the executive director of a pro-abortion nonprofit, if she believed abortion should be allowed “for any reason, for any purpose, and at any stage.”

“I trust people to make decisions about their body and then when relevant I think that they need to consult their medical practitioners and not Congress,” she replied.

After asking the witness if killing a two-year-old child is murder, Johnson followed up with the question, “What is the principal distinction, between the human being that is two years old, or nine months old, or one week old, or an hour old . . . what’s the difference?”

After a long pause, where it appeared she could not come up with a logical response to the question, Arrambide simply repeated her first answer, saying “I trust people to determine with their own bodies. Full stop.”

In a separate exchange with Rep. Dan Bishop (R- N.C.), Arrambide said she believes that “men can become pregnant and have abortions.”

Q: "Do you believe that men can become pregnant and have abortions?" –@RepDanBishop

Rep. Johnson also questioned abortionist Dr. Yashica Robinson on “what point in pregnancy should having an abortion no longer be an option.”

“As a medical doctor I understand that every pregnancy is unique and different,” Robinson replied. “I also understand that patients need to have access to care; pregnant people, as the pregnancy progresses, and that may be for various reasons.”

Johnson attempted to clarify her question by asking if abortion should be an option even seconds away from birth or halfway out of the birth canal.

Robison said she would not “entertain theoreticals,” and said of the partial-birth abortion she “can’t even fathom that ever happening.”

“I’m not asking if you can fathom it,” Johnson fired back, “if it occurred would you support that abortion or not?”

Robinson dodged the question and said she can’t provide an answer for a scenario she couldn’t imagine. “Just like you probably can’t imagine what you would do if your daughter was raped,” Robinson replied.

After acknowledging that she wasn’t going to answer the question, Johnson asked Robinson “what makes a human being?”

“What makes a person a human being is them being born,” she said. “That’s why we have birthdays.”

EXTREME: The Democrats’ pro-abortion witness refuses to acknowledge ANY abortion restrictions on babies, even ones who are halfway delivered

“That’s why we have birthdays.” pic.twitter.com/5eR0mRLuOG

FISM News previously reported that Americans by and large do not fall in line with the views espoused by those on the left.  A recent poll shows that less than 12% of Americans support unrestricted abortion access, while a majority believe it should be banned outright or at least after a heartbeat can be detected.