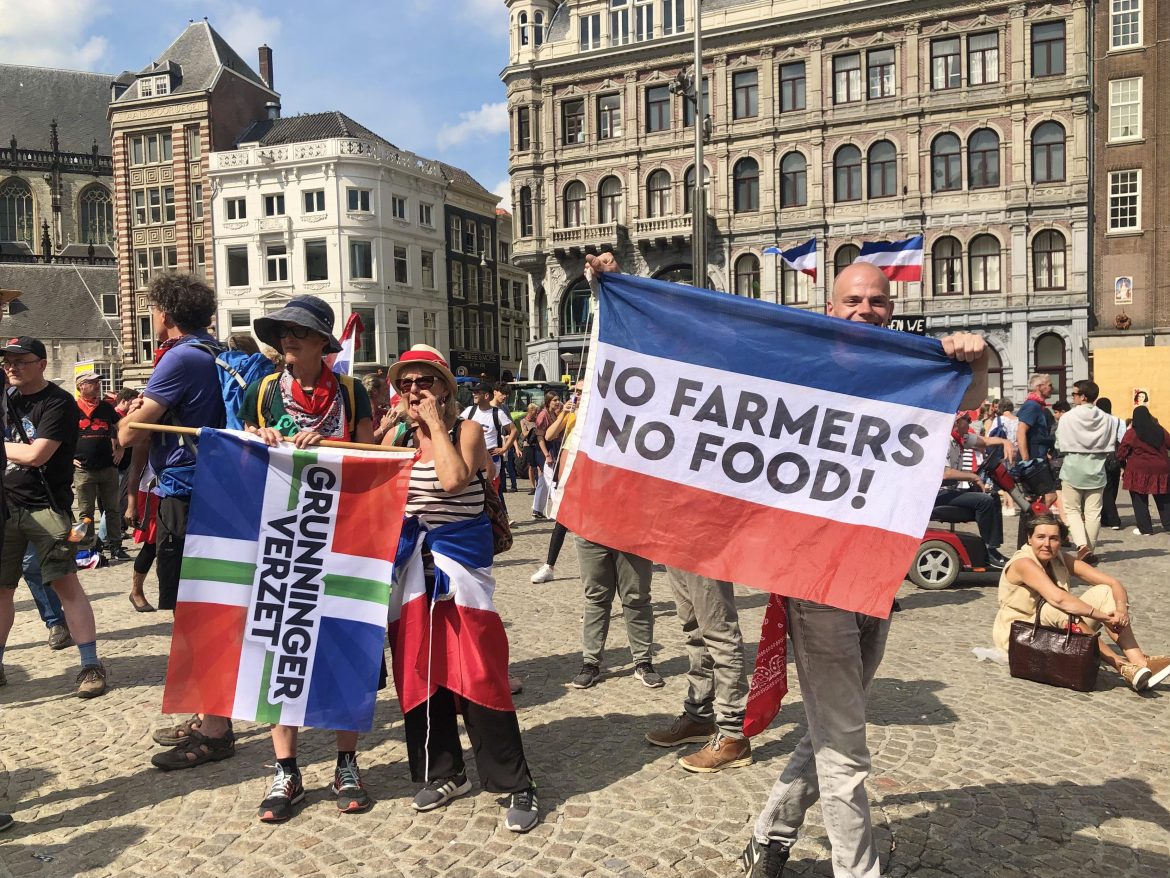 Eleven farmers’ organizations have agreed to meet with Netherlands Prime Minister Mark Rutte and other government officials, according to a report by the Australian Associated Press.

This marks the organizations’ first meeting with government officials since protests broke out in June in response to what farmers are calling over-reaching government climate policies they say will cripple their ability to grow food and make a living. Many protestors are even predicting the tensions could lead to civil war in the European nation.

The government needs to make major concessions to farmers, and they will have to be “more than merely gestures”, Sjaak van der Tak, chairman of the LTO farmers’ organization, told national public broadcaster NOS.

Two other farmers’ groups have rejected the invitation to attend the meeting, which will be held at a secret location in the central city of Utrecht out of concern there may be violent protests.

The governing coalition has insisted its targets on cutting emissions of nitrogen compounds will be maintained.

The plan by the Dutch government to reduce nitrogen emissions in the Netherlands has been met with strong opposition by the nation’s farmers. In late June of this year, about 60,000 Dutch farmers, driving thousands of tractors, congregated in the town of Stroe, Gelderland, Netherlands to protest the Nitrogen Law.

Protests have continued for weeks, with no end in sight, as farmers have driven their tractors all the way to the Hague and brought cows into city streets in order to garner attention for their cause. Some farmers have dumped piles of manure on highways and even lit them on fire as part of the protests.

In recent days, tensions have boiled over into violent clashes with law enforcement.

The Dutch police are making sure that you will own nothing and be happy like the globalists want you to be.

Disgusting footage and repression of an underreported farmers protest in Holland! pic.twitter.com/zsOS2KX2NS

Industrialized farming makes the Netherlands the second largest agricultural exporter in the world.

Liberal activists, as well as advice from groups like the World Economic Forum, led Dutch legislators to seek ways to mitigate what they see as farmers contributing to a climate crisis.

The Nitrogen Law, approved by the Dutch Parliament in late 2020, aims to cut greenhouse gas emissions in half by 2035.  Perhaps the most controversial aspect of the new law is a portion dictating that farmers must begin using different types of soil in addition to reducing the number of livestock on their farms, or else take costly measures to ease ammonia emissions caused by livestock waste.

Proponents of the law state that pollution from livestock waste and ingredients used in farming soils are a threat to the climate and must be urgently ameliorated.

Farmers, on the other hand, say that switching soils so quickly and reducing livestock would have a devastating effect, ultimately putting them out of business.

According to Prime Minister Rutte, “there is not a future for all [Dutch farmers] within this approach.”

If the farmers are unable to meet the requirements laid out in the Nitrogen Law, the Dutch government has offered to buy their land. For many, however, farming has been the way of life for their families for decades.

Dairy farmer Trienke Elshof explained that farmers cannot make these changes “in [such a] top-down way, and not at this speed.” She went on to say that “it feels like [the Dutch government wants] to get rid of all the farmers in the Netherlands.”

The unrest in the Netherlands comes as many conservatives in the U.S. ponder the ramifications of the Green New Deal, proposed by Rep. Alexandria Ocasio-Cortez, D-N.Y.

The language of the Green New Deal, as well as other Democrat-backed climate proposals, is similar to the Nitrogen Law. According to the text of the proposal, if passed, the government would “[work] collaboratively with farmers and ranchers in the United States to remove pollution and greenhouse gas emissions from the agricultural sector as much as is technologically feasible.”

The majority of Americans disapprove of the proposal, citing the extremely high price it would cost to implement, and, according to the Washington Post, it being “too much, too fast.”

In a poll from Remington Research Group, 51% of 1,212 people asked opposed the legislation. Even among Democrat voters, 26% stand in opposition to the proposal.

According to Wisconsin Dairy Alliance President Cynthia Leitner, “if [Americans] think [they] have seen a high exit of farms in Wisconsin in the past several years, this policy will close the door on any dairy surviving.”

Additionally, one study conducted by several science experts out of Europe points to data that organic farming protocols, as is required in the deal, produce a mere 80% yield of certain crops compared to those same crops grown in conventional farming.

The price tag of the Green New Deal is in the tens of trillions. According to Sen. John Barrasso, R-Wyo., the financial implications of such ambitious legislation is a “big government takeover of the economy…masked as an environmental proposal”.

Parts of this report were significantly aided by reports by the Australian Associated Press.