Psaki grilled on whereabouts of 42 suspected terrorists apprehended at border 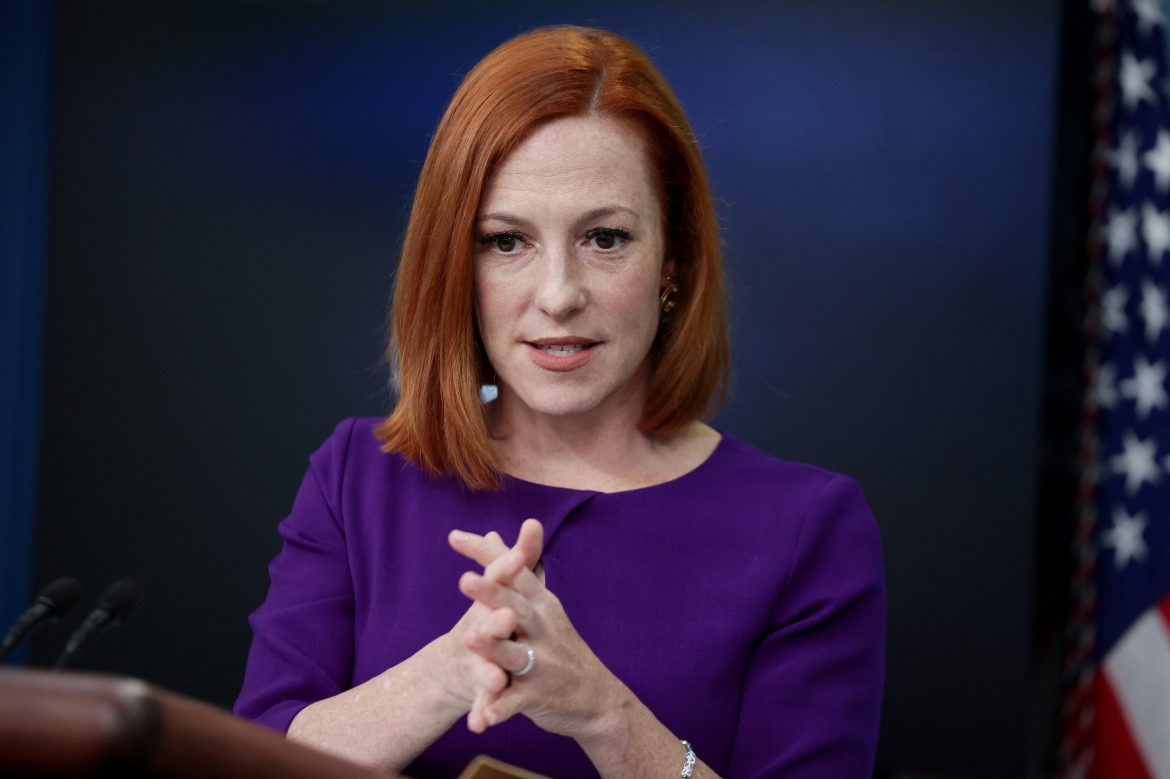 White House Press Secretary Jen Psaki found herself in the hot seat Monday when questioned on the whereabouts of 42 migrants caught at the southern border whose names are listed on the nation’s Terror Watch List.

Fox News White House Correspondent Peter Doocy clashed with Psaki over why Homeland Security Secretary Alejandro Mayorkas could not, or would not, say where the 42 are currently located during his testimony on Capitol Hill last week.

“Why isn’t he saying ‘we know where the 42 are. They’re in jail’?” Doocy asked the press secretary during a Monday briefing.

Psaki attempted to sidestep the question by pointing him to the DHS for any “follow-up details” on Mayorkas’ testimony.

“So what is the president’s priority, potentially stopping terrorist attacks or letting these migrants come in?” Doocy pressed. Psaki again avoided answering the question directly, saying instead that the apprehensions speak for themselves.

“Well, again, I think, as we noted just a couple weeks ago when there was reporting about the numbers being stopped at the border, that was the Border Patrol doing their jobs,” she said, adding that the apprehensions alone prove Mayorkas is admirably fulfilling his chief responsibility of keeping American citizens safe.

“So if it takes 19 people to carry out the Sept. 11 attacks, what do you guys think 42 people on a terrorist watch list might be capable of?” Doocy fired back.

“Again, Peter, the number one job of the president of the United States, the vice president, certainly the secretary of Homeland Security is to keep the American people safe,” Psaki replied. “I think a lot of this reporting you’re referencing is an indication that they’re doing their jobs and doing exactly that.”

Peter Doocy: "What is the president's priority, would it be stopping potential terrorist attacks or letting these migrants come in?"

Fox News' Peter Doocy and Jen Psaki went back and forth during Monday's press briefing about bad actors coming across the southern border. pic.twitter.com/eaeaNKukBD

The information about the nearly four dozen suspected terrorists caught entering the country came to light during questioning by Rep. Jim Jordan (R-Ohio), who asked Mayorkas last week whether any or all of them have been released into the nation’s interior. Mayorkas admitted that he did not know their whereabouts.

“I do not know the answer to your question,” Mayorkas said.

“The secretary of Homeland Security does not know the answer to the status of 42 individuals who came to our southern border illegally [who] are on the no-fly list and the terrorist watch list?” Jordan said with incredulity. “You do not know whether they have been released or not into the country. That’s your testimony?”

Mayorkas responded by saying that would provide Jordan with the data at a later date.

Rep. @Jim_Jordan stumped DHS Secretary Alejandro Mayorkas on reports of 42 people on the terror watch list or no-fly list being apprehended at the border. pic.twitter.com/0d2II17Knb

Mayorkas later attempted to clarify his remarks in appearances on several weekend news programs, telling CNN Sunday “We know where those 42 individuals are on the TSDB, the terrorist screening database,” though he did not provide any further details.

Jordan on Monday sent a follow-up letter to Mayorkas requesting the promised data, noting that he asked the DHS secretary for the information a full 13 days prior to his scheduled testimony..

“On April 26, when we spoke on the phone, you acknowledged receipt of the letter and assured me you would come prepared to answer our questions. Unfortunately, you did not,” Jordan wrote.

Lawmakers on both sides of the aisle have called the Biden administration to task for having no real plan in place to effectively manage an expected migrant surge later this month after announcing the May 23 repeal of Title 42.

More than half of US states will likely outlaw abortion if Roe v. Wade overturned