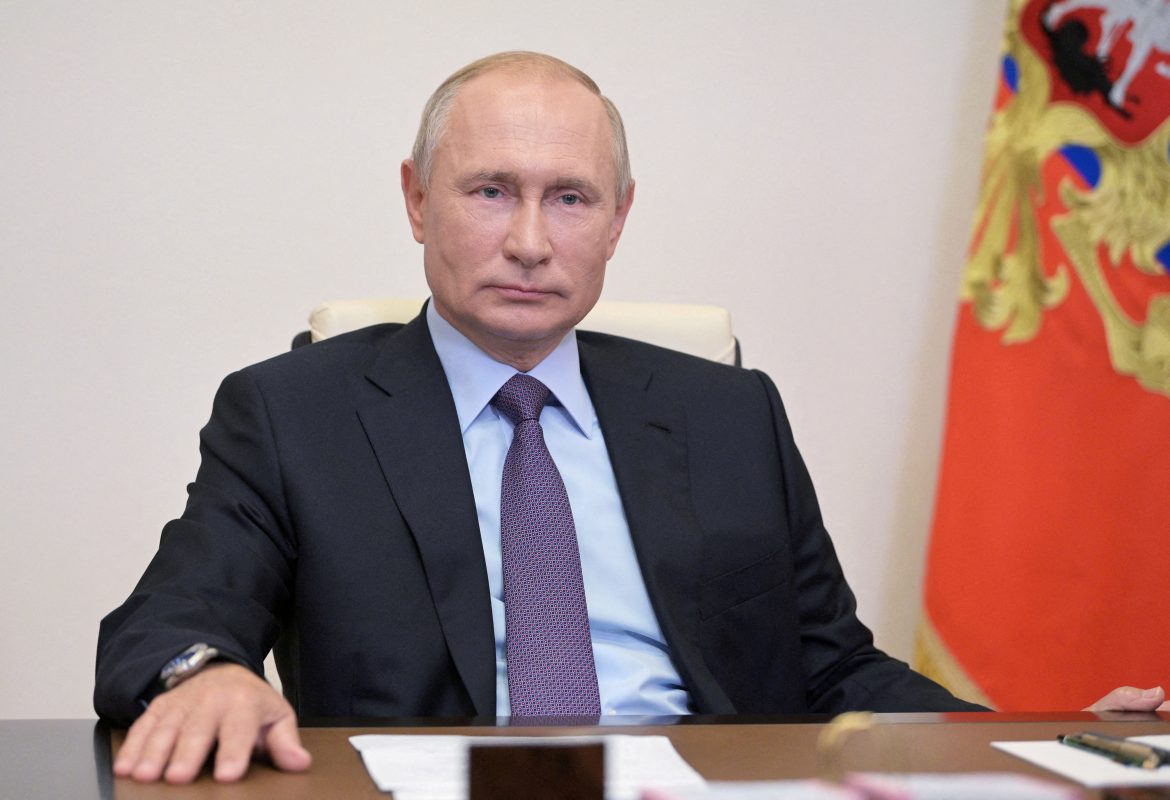 Russian President Vladimir Putin is said to be planning public executions in conquered Ukrainian cities as part of his sadistic campaign to break the morale of Ukraine’s citizens. The horrific plot was first announced in a tweet from Bloomberg political editor Kitty Donaldson, who cites an anonymous European intelligence official claiming to have seen Russia’s Federal Security Service documents outlining the strategy.

NEW: Russia's intelligence agency, the Federal Security Service, has drafted plans for public executions in #Ukraine after cities are captured, per a European intelligence official

.@GillianHTurner and .@james_levinson report: A European Official tells FNC Russia’s Federal Security Service, their intel branch, has drafted plans to conduct public executions in Ukrainian cities once they have been captured.

Key political leaders from the Ukrainian administration, including President Volodymyr Zelinskyy, are likely targets. FISM News reported earlier this week on the Kremlin’s foiled plot to hunt down and assassinate Zelinskyy, and multiple outlets are now reporting that he has survived three separate attempts on his life since the Russian invasion.

The Federal Security Service is also purportedly planning to detain rebel leaders, according to the anonymous official.

Donaldson also reports that the agency is crafting a violent crackdown on Russian anti-war protest organizers. The suppression effort also includes enhanced punishments, including up to 15 years in prison, for any Russian citizen accused of spreading “fake” information in a measure approved by the Russian Parliament, according to an AP report, which also cites an unnamed human rights watchdog group claiming that nearly 7,000 Russian citizens have been detained for participating in anti-war demonstrations.

Putin is now under investigation by the International Criminal Court for war crimes committed against the Ukrainian people in his ruthless and bloody campaign to terrorize and completely subjugate them to Kremlin authority. The international community has been increasingly horrified at the brutality of Putin’s military forces, with each day bringing shocking images and video clips depicting unmitigated death and destruction. This reported plan of public executions only amplifies his diabolical war plan.

Since the war began on Feb. 24, Russian forces have inflicted deliberate military assaults on residential areas, hospitals, and schools, killing and maiming an untold number of Ukrainian citizens, including children, as Ukraine’s humanitarian crisis grows exponentially.

Russia has also been accused of detonating internationally-condemned vacuum and cluster bombs designed to inflict the most human suffering and casualties possible.

“We have seen the use of cluster bombs, we have seen reports of use of other types of weapons which will be in violation of international law and of course NATO allies and partners are collecting information and are monitoring very closely what is going on in Ukraine,” NATO Secretary General Jens Stoltenberg said Friday.

Over 200,000 people receive Christ as savior after watching evangelistic film