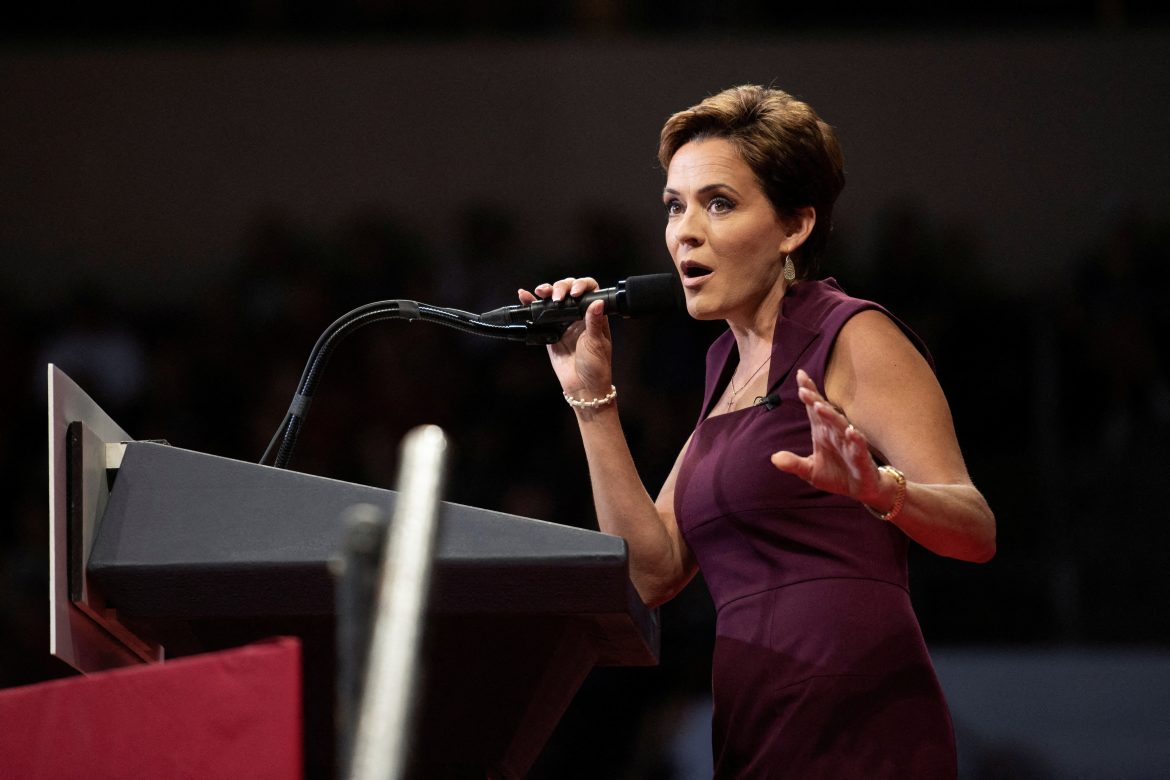 Another round of primaries takes place today in Arizona, Michigan, Missouri, Kansas, and Washington.

Many political commentators consider several races to be tests of former President Donald Trump’s power to sway elections, as three House Republicans who voted to impeach Trump fight for their political futures.

Meanwhile, Kansas voters will decide whether they want to overturn abortion protections in the state in the first vote of its kind following the Roe decision.

Arizona’s Republican gubernatorial primary has become one of the most high-profile contests to watch today. Trump-backed Kari Lake has been vocal in her support of the former president’s 2020 election fraud claims. Meanwhile, former Vice President Mike Pence has endorsed establishment Republican Karrin Taylor Robson. Both women are considered to be frontrunners in the race pitting the former White House partners against one another.

Trump is also backing senatorial candidate Blake Masters, a venture capitalist and member of Trump’s 2016 presidential transition team. Arizona Attorney General Mark Brnovich is also seeking the GOP nomination, after having drawn the ire of the former president for not doing enough to investigate his election fraud claims. Trump called Brnovich a “disappointment” when he announced his endorsement of Masters.

A Missouri Senate GOP primary has gained attention following a scandal involving candidate Eric Greitens. The former Missouri governor lost his footing as the frontrunner in the race amid allegations by his ex-wife that he abused her and their child – accusations Greitens has fiercely denied.

Greitens also released a controversial ad last month featuring firearms and a call for viewers to go RINO hunting, referring to the conservative acronym for “Republicans in name only.”

In a bizarre twist, both Erics have claimed Trump endorsements. The former president appeared to fuel the confusion with a cryptic post on his Truth Social media account.

“I trust the Great People of Missouri, on this one, to make up their own minds, much as they did when they gave me landslide victories in the 2016 and 2020 Elections, and I am therefore proud to announce that ERIC has my Complete and Total Endorsement!” Trump wrote.

When asked to clarify to which Eric he was referring, a spokesperson for the former president said the message “speaks for itself,” making it appear that Trump was purposefully vague.

Voters in Kansas will weigh in on a proposed constitutional amendment to overturn a 2019 state Supreme Court decision guaranteeing abortion rights. The amendment would give legislators in the Sunshine State more control over abortion access and has taken on particular significance in the wake of the U.S. Supreme Court’s decision to overturn Roe v. Wade.

The Kansas measure has been heralded as the first electoral test of abortion rights since the Supreme Court of the United States released its Dobbs v. Jackson decision last month.

An approved amendment would affirm that Kansans value “both women and children” and “would reserve to the people of Kansas, through their elected state legislators, the right to pass laws to regulate abortion because there is no Kansas constitutional right to abortion or to require the government funding of abortion.”

The amendment would not ban abortions but would open the door for legislation that does so. It would make it so that taxpayer-funded abortions are not required and would allow elected representatives in the state to further regulate abortions via the passage of legislation.

In Michigan’s gubernatorial primary race, conservative commentator Tudor Dixon is hoping Trump’s endorsement Friday will help her land a victory after several candidates were kicked off the ballot when it was discovered that they had submitted false petition signatures.

Another candidate with a hat in the race is real estate broker Ryan Kelley who was charged in connection with the Jan. 6, 2021, Capitol breach.

Meanwhile, in Michigan’s 3rd Congressional District, freshman Rep. Peter Meijer (R-Mich.) is fighting for his political future as he faces off with former Housing and Urban Development official John Gibbs in the GOP primary. Trump’s endorsement of Gibbs is seen as another vindictive effort to punish Republicans like Meijer who criticized the former president over his behavior on Jan. 6.

Democrats have also inserted themselves into the contest in a push to boost Gibbs – part of the party’s multi-state campaign to get Trump’s primary candidates elected with the view that they are unlikely to succeed in the midterms against Democratic opponents.

Washington Reps. Jaime Herrerra Butler and Dan Newhouse – two other pro-impeachment House Republicans – are both fighting to keep their seats in the state’s 3rd and 4th districts, respectively.

Trump is backing Army Special Forces veteran Joe Kent in Herrerra’s district and has endorsed former police chief Loren Culp in his bid to unseat Newhouse. Newhouse said the former president “failed to fulfill his oath of office” in a statement defending the Congressman’s vote to impeach Trump.

Reporting from The Hill and Reuters helped inform this report.