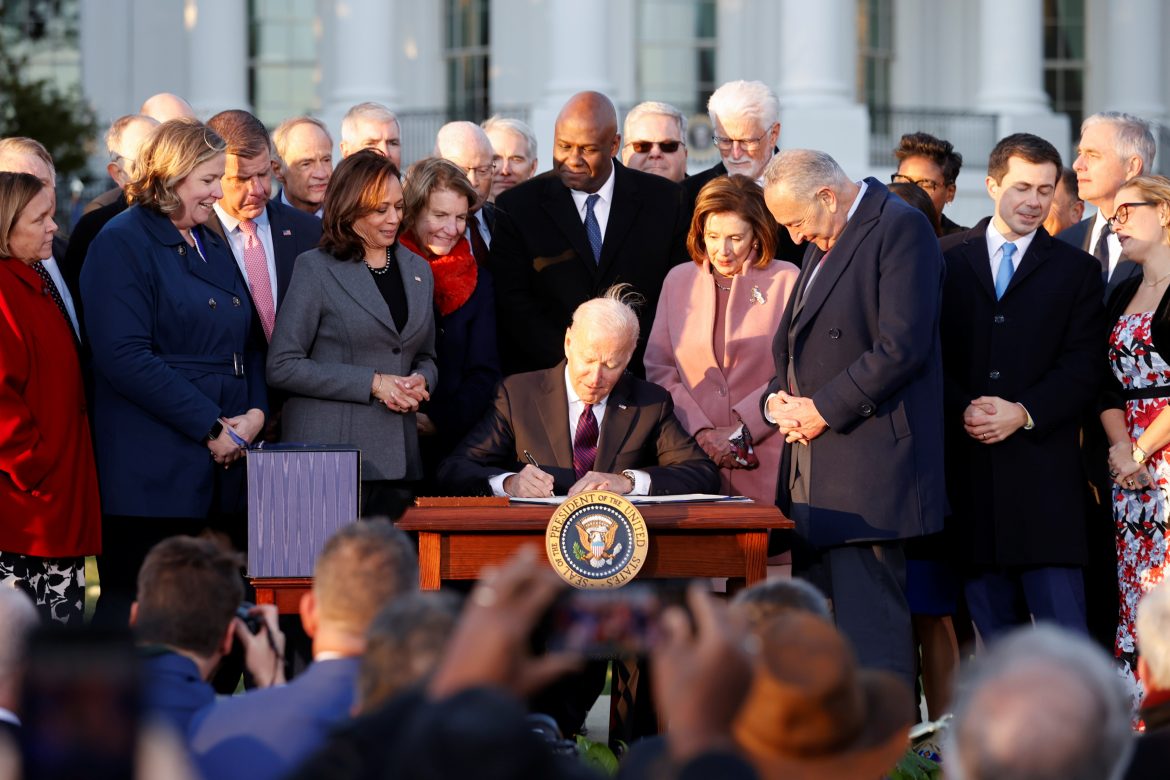 A reading of the law and a fact sheet provided by the White House reveals that in the coming five-to-eight years $579 billion will be spent on roads, bridges, internet, electricity, and green initiatives. The remaining spending has been earmarked for baseline expenditures.

A chunk of funding, $312 billion, will go toward funding transportation upgrades.

Other spending earmarks seek to address clean water and electrical issues, as well as the nation’s internet infrastructure.

The bill also assigns $47 billion in new spending to “climate resilience,” although the fact sheet is vague on how this will take shape.

The fact sheet reads the bill will, “Repair and rebuild our roads and bridges with a focus on climate change mitigation, resilience, equity, and safety for all users, including cyclists and pedestrians” and heralds the infrastructure bill as a grand step toward improving “the resilience of physical and natural systems in American history.”

The White House and Democrats have said that this bill will have a net cost of $0 to the American taxpayer; however, the Congressional Budget Office predicted in August that the bill will face a shortfall of $256 billion.