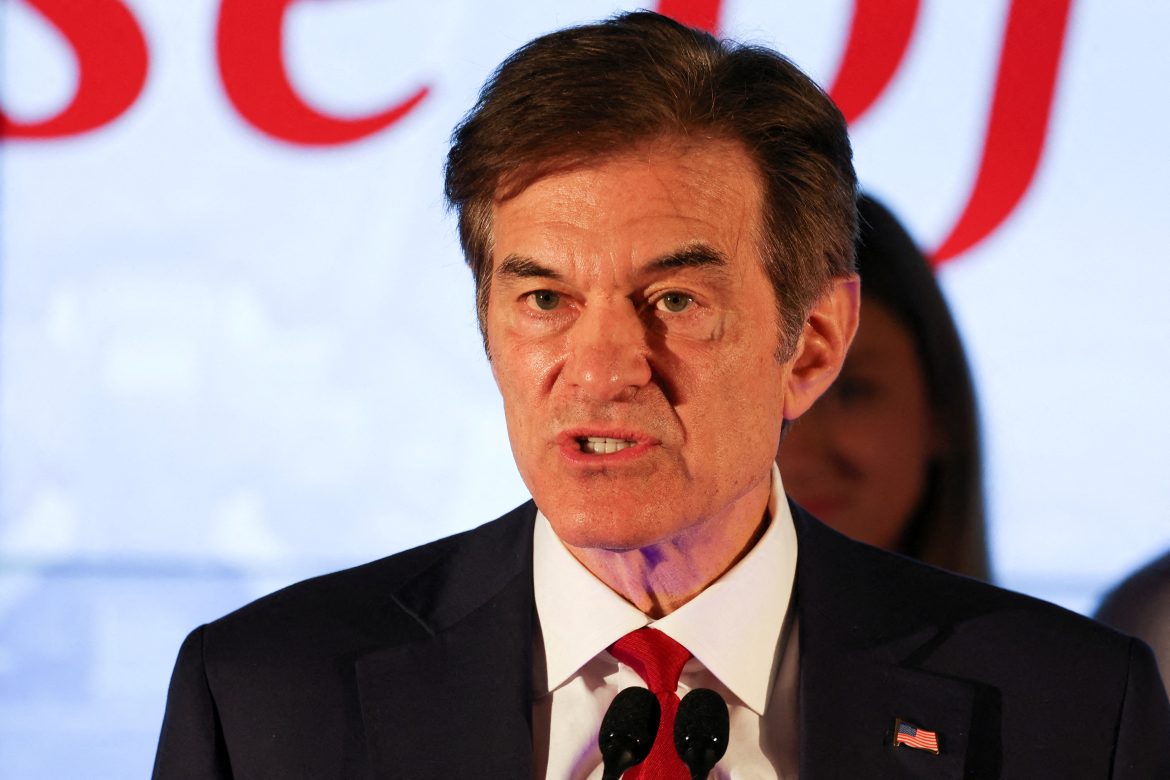 Pennsylvania’s elections chief announced Wednesday that the Republican Senate primary race between Dr. Mehmet Oz and David McCormick is heading to a recount. In Pennsylvania, an automatic recount is required if less than half of a percentage point separates two candidates and neither candidate waives their right to a recount. That threshold has been met.

While May 17 was the day of the primary, we will not know who will be the Republican Senate nominee until June 7. Each county in Pennsylvania must begin the recounting process on June 1. This is a key seat both in the Republican’s bid to take control of the Senate and in how much power and influence President Trump yields on the party.

Since the automatic recount provision was added in Pennsylvania in 2004, this is the seventh race decided by less than half of a percentage point. Of the previous six, three were waived and none of the three recounts resulted in a change of election results.

One of the most hotly contested issues in the race so far includes the counting of certain mail-in ballots. The New York Times reports that McCormick “asked the Commonwealth Court of Pennsylvania to allow election officials in the state’s 67 counties to accept mail-in ballots from voters who turned them in by the May 17 deadline but did not write the date on the outer return envelopes.”

McCormick’s campaign is suing to allow the undated ballots to be counted while Dr. Oz and the Pennsylvania Republican Party are intervening to make sure the votes are not counted.

Voting law in Pennsylvania is detailed about undated mail-in ballots. On the Department of State’s (DOS) official voting website, Step 3 if you scroll down, you find the phrase “If you do not sign and date below the declaration on the return envelope your ballot will not be counted.”

Some feel that McCormick’s camp is grasping at straws, and the state’s Republican Party tweeted this in response to the request:

Dr. Oz stated his agreement with the state’s voting law in a tweet as well:

A spokesperson from McCormick’s camp, Jess Szymanski, wrote in an email, “Every Republican primary vote should be counted, including the votes of Pennsylvania’s active-duty military members who risk their lives to defend our constitutional right to vote.”

The primary race in Pennsylvania has been one of the most interesting primary races to be seen in a while. The first detail of note is that neither candidate has an extensive political background. Dr. Mehmet Oz is a heart surgeon, turned television personality, turned political candidate; while McCormick is a former hedge fund manager, Gulf War combat vet, West Point graduate, and Treasury Department official under President Bush.

It is also important to note that President Trump endorsed and campaigned for Dr. Oz while the Republican establishment seemed to favor McCormick. According to CNN, both campaigns spent more than $12 million on campaign ads and McCormick was the beneficiary of more than $16 million in advertising from a single Super PAC called Honor Pennsylvania.

The winner of this race will face Democratic primary winner John Fetterman.