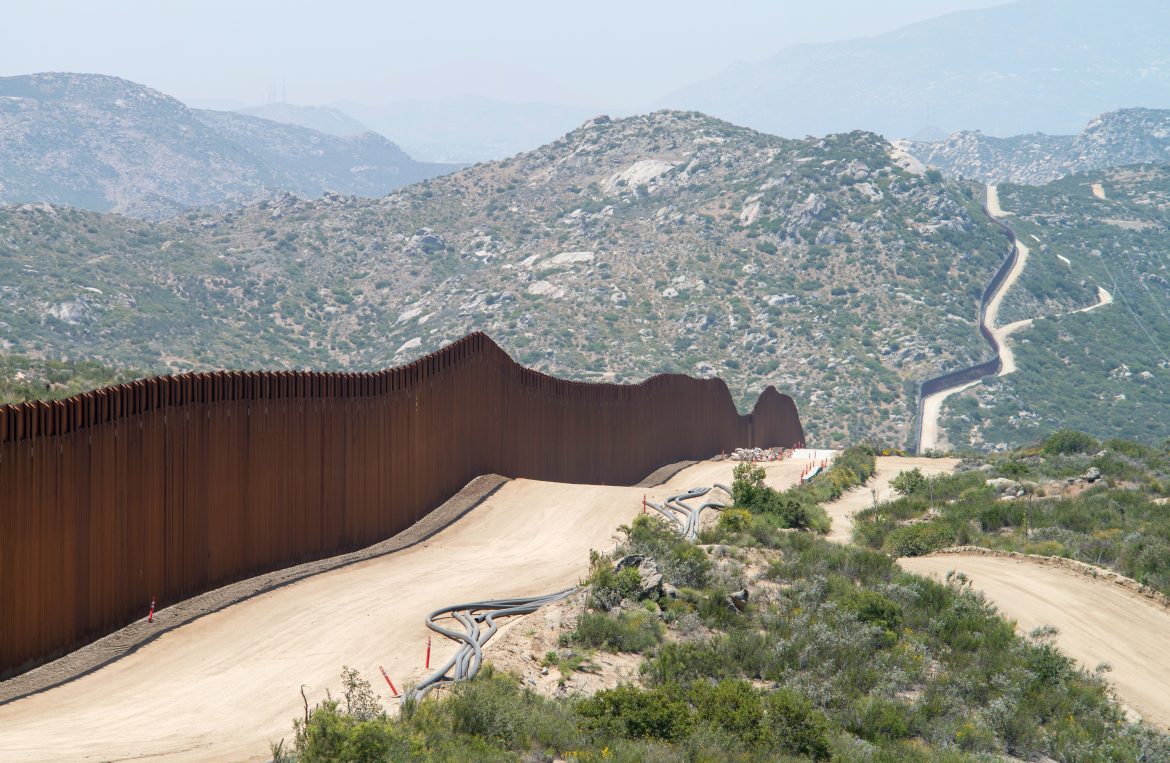 Representative Ted Budd (R-N.C.) introduced a bill which aims to restart construction on the halted southwestern border wall. The Build the Wall Now Act, as it is called, specifically asks “[t]o remove legal impediments preventing construction of a border barrier along the international border between the United States and Mexico, improve the construction requirements for such barrier, make previously appropriated funds available for constructing such barrier until expended, and for other purposes.”

The bill also directs that Alejandro Mayorkas, the Secretary for the Department of Homeland Security, cannot cancel contracts related to building the border wall at any time. The funding for the project will come from any designated funding available since October 2016, and even more recently from “fiscal years 2018, 2019, 2020 or 2021” that were designated “to the construction of such physical barriers, tactical infrastructure, and technology.”

Building the southwestern border wall was a campaign promise from former President Trump. During his presidency Trump allocated funding from the federal budget to be used for the project. However, President Biden in his first day in office nixed the construction of the border wall by withdrawing the remaining funds and trying to redistribute it. This action caused a widespread backlash from many Republican lawmakers and government officials.

In October of 2021, attorneys general Ken Paxton of Texas and Eric Schmitt of Missouri sued the Biden administration to reactivate 2020 funding delegated to construction of the border wall amounting to about $1.375 billion. Prior to the lawsuit, Texas Governor Greg Abbott announced that his state will be finishing the border wall citing increased apprehensions and dangers to border communities.

What People are Saying

The best way to end the Biden Border Crisis is to finish the border wall now. The Biden administration is trying to run out the regulatory clock on wall construction while undermining our border patrol officers by repealing Title 42.

Without a border wall, illegal immigrants, coyotes, and bad actors can simply march across our southwest border and into the interior. The border wall needs to be built, the funds have been appropriated to continue to build the wall, and yet the Biden Administration outright refuses to do so.

An argument against border wall construction is to love your neighbor and treat your neighbor as yourself, but Biblical text also shows that God understands and even encourages boundaries for nations and people groups.

In fact, God himself created the differing cultures when he “confused the language of all the earth” and “dispersed them over the face of all the earth” in Genesis 11 (ESV). Scripture tells us further in Acts 17:26 that God “made from one man every nation of mankind to live on all the face of the earth, having determined allotted periods and the boundaries of their dwelling place” and again in Deuteronomy 32:8 that He “gave to the nations their inheritance” and “fixed the borders of the peoples according to the number of the sons of God.”

When the nation of Israel was early in its establishment, multiple points of Scripture reference either the fact that the land was “given” to them by God or that there is an established “boundary” divided among the twelve tribes.

This is not to suggest that we should shun people away from trying to emigrate to our nation. We are to understand that borders aren’t an arbitrary device from mankind but a territorial reflection of a people’s culture. In fact, for those that do emigrate to another nation Scripture reminds us to submit to that nation’s governing authority (Romans 13:1-7).

News in Four is a segment of FISM News that breaks down stories in four easy to digest segments and can be read in four minutes or less. While these articles are meant to provide a biblical perspective to current events, FISM News does not intend to hold these perspectives as absolute truth, knowing that the news is often nuanced and politically driven. While our goal is to provide a jumping off point to view the news through a biblical lens, God has called all believers, like Bereans, to search the Bible for oneself (Acts 17:11-12).