Rep. Cori Bush doubles down on ‘defund the police’ rhetoric 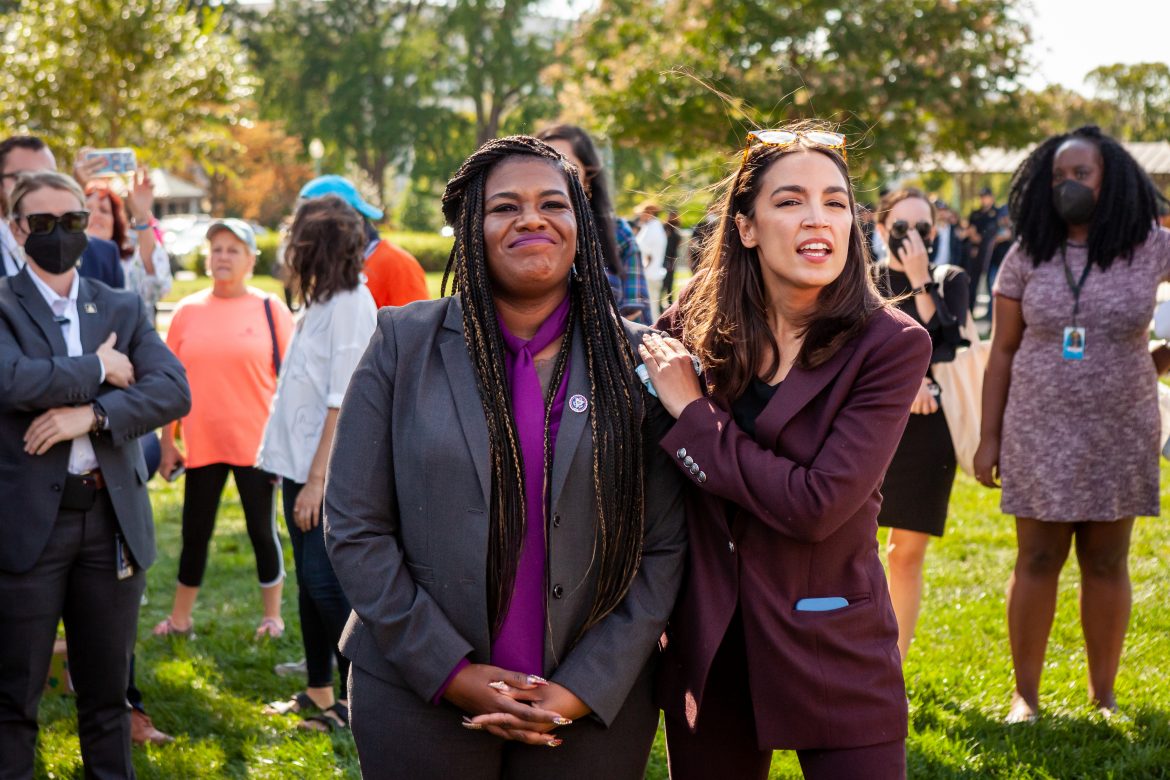 Rep. Cori Bush, D-Mo., is refusing to back down from backing down from her support of the “defund the police” agenda even as other Democrats fear the rhetoric will cost them at the polls. With mid-term elections less than a year away, many on the left fear the slogan was partly to blame for poor results in 2020.

Bush, for her part, believes that the issue has less to do with the slogan and more to do with the poor explanations given by its proponents. According to Fox News, Bush said, “the party needs to do a better job of explaining to voters what it means by ‘defund the police,’ arguing that some funding could be better spent on preemptive social services.”

In an interview with Axios Bush declared that she will not tone down her support of the agenda, even though she is getting pressured by her party. “‘Defund the police’ is not the problem. We dangled the carrot in front of people’s faces and said we can get it done and that Democrats deliver, when we haven’t totally delivered,” Bush said.

Recent polls have shown that the movement has very little support from Americans:

The data used in the Business Insider article shows how support has dwindled across nearly all demographics:

In June 2020, more Black people, Democrats, and young people wanted to cut police funding than wanted to raise it.

That has now reversed. All three groups are now more in favor of increased spending on police. pic.twitter.com/kYgqKZa0fZ

Due to tis dwindling support, a large number of Democrats, including President Biden, have tried to distance themselves from the unpopular legislation even though it was a common talking point of the party during the Black Lives Matter riots after the murder of George Floyd.

In June, Psaki in fact, tried to spin the narrative and say that it was Republicans who were trying to “defund the police” after they refused to support the American Rescue Plan. She has also used her platform to espouse that defund the police has never been an agenda push of the Democratic party at large.

The RNC Research group however produced a video compilation on Jan. 31 showing how Democrats have continually voiced their support of the agenda.

Jen Psaki says there’s “no basis” that Democrats are “soft on crime.”

Even though moderate Democrats have now tried to distance themselves from the “defund the police” movement, progressives, headlined by Bush, have not.

On Feb. 5, Bush stated on Twitter that she still stands behind the movement claiming it will “save lives.”

My colleagues keep telling us to wait.

They keep telling us defunding the police and investing in communities won’t work.

Enough patronizing. Listen to the movements that are telling you how to save lives.

A report from Fox News shows that members of the far-left “Squad,” including Bush, spent more than $325,000 on private security in 2021 despite their overwhelming calls to defund the police. Bush’s campaign alone spent over $200,000 for the year.

When asked about the spending, Bush is quoted as saying:

I’m going to make sure I have security because I know I have had attempts on my life, and I have too much work to do. There are too many people that need help right now for me to allow that. So if I end up spending 200,000, if I spend ten — ten — ten more dollars on it, you know what, I get to be here to do the work. So suck it up. And defunding the police has to happen.

The quotes and actions of progressives like Cori Bush has further revealed that there is a sharp disconnect between their agenda and the American people.