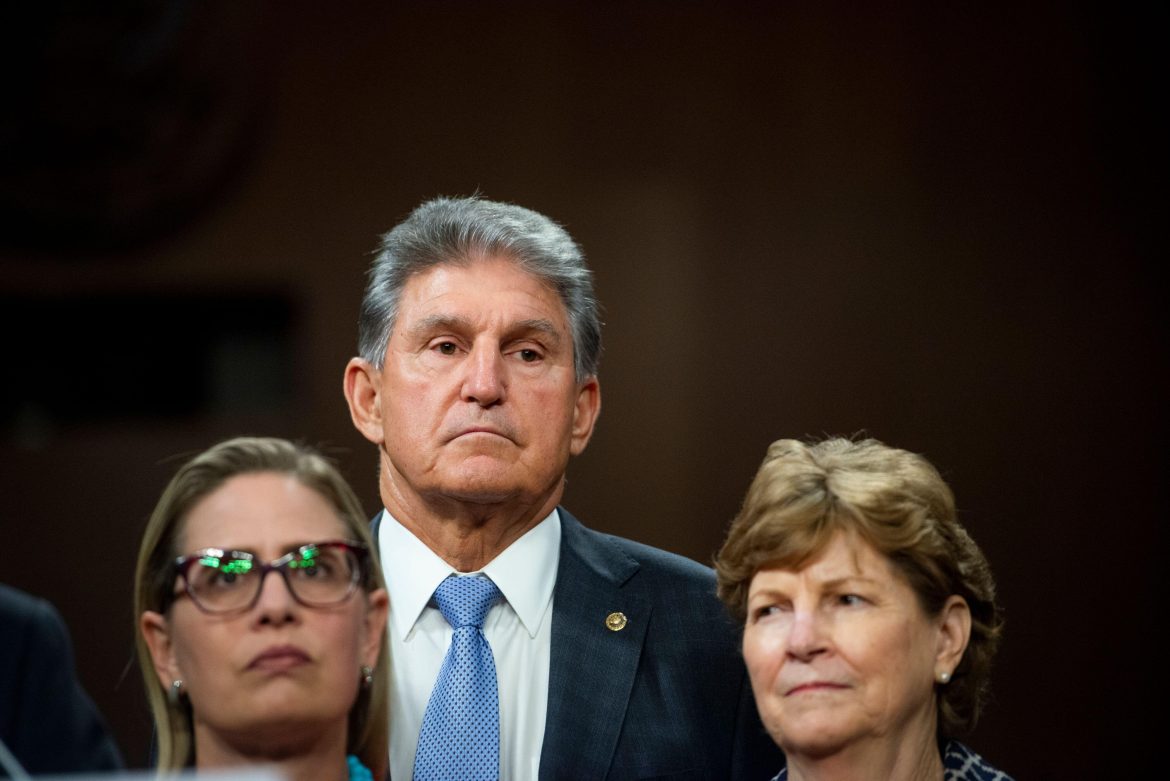 If signed into law, The Inflation Reduction Act (IRA) will require Americans to pay over half a trillion dollars more in taxes from their own pockets, and households making under $75,000 will carry roughly 26.5% of the new burden, according to a new Heritage Foundation report.

The conservative think tank’s analysis of the Manchin-Schumer compromise bill, released on Wednesday, warned that the majority of the projected tax increase would fall unfairly on lower and middle-class households.

Combined, the lowest-income Americans will pay 56.1% of the new taxes.

In contrast, Heritage projected that those making $200,000 to $1 million would only generate an additional $123.7 billion, making up 24.1% of the additional revenue. Those earning more than $1 million would net the federal government $101.6 billion more, which makes up only 19.8% of the expected revenue.

The report starkly contradicts what President Joe Biden’s administration claimed in a Thursday press release. Biden said that the IRA “will make our tax system fairer by making corporations pay a minimum tax. It will not raise taxes on those making less than $400,000, and it will reduce the deficit.”

The IRA is designed to increase federal revenue by $200 billion in order to fund provisions meant to bolster the Internal Revenue Service, lower the cost of pharmaceutical drugs, provide green energy subsidies, and add savings to health premiums. Democrats have marketed the bill as one that is supposed to make life easier for the middle-class.

“[Biden]’s grateful for it. He thinks it should be passed.  He thinks it’s going to change the lives of middle-class Americans across the country,” White House Press Secretary Karine Jean-Pierre said on Thursday.

The Heritage Foundation used the Joint Committee on Taxation’s data to make its calculations. The study showed that, despite the claims of Democratic Senators and the White House, the middle-class will most feel the weight of the new policies. Households will average an additional $420 in taxes during 2023 if the IRA is signed into law, according to the Heritage Foundation report.

Lower and middle-class families across America are already struggling. Additional taxes are especially bad news for rural Americans who now have less than $5,500 in expendable income each year.

As Heritage noted, there are other hidden costs in the bill that Americans will have to bear, too.

Biden bragged just two days ago in a Tweet about the IRA’s proposed 15% minimum income tax on corporations, saying “For too long, big, super-wealthy corporations haven’t paid their fair share in taxes.”

However, the business tax is one that Heritage warns will come at great cost as “it ultimately mostly comes out of the pockets of workers in the form of lower real wages.”

The Tax Foundation also warned on Tuesday that the IRA would cost the equivalent of 30,000 full-time jobs, lower wages by 0.1%, and lower the gross domestic product by 0.1%. Overall, their researchers found that “this bill may actually worsen inflation by constraining the productive capacity of the economy” when considering long-term economic growth.

Meanwhile, the IRA will add $45.6 billion to the IRS to improve tax enforcement. That is the largest line item of the total of nearly $80 billion of new investments in the IRS included in the bill.

Financial Issue’s Shana Burt called the legislation “smoke and mirrors.” She said earlier this week, “It’s just a cover for them to spend more money which is only going to make inflation worse.”

The bill appears to now have the support of 50 senators after Senator Krysten Sinema (D-Ariz.) announced her support last night. The Senate is using budget reconciliation for the bill, a move that allows them to bypass the filibuster and pass the bill with a simple majority. The Senate has not yet voted on the bill.

Everyone knows the more money going into our economy, the more inflation. Politicians don’t seem to use common sense. Raising taxes on everyone to be able to spend more makes no sense to people who are paying for a pie in the sky that doesn’t exist. Reconsider Democrats. Midterms are coming pretty soon!

Thanks for this information, I so appreciate the work that the FISM team continues to do.