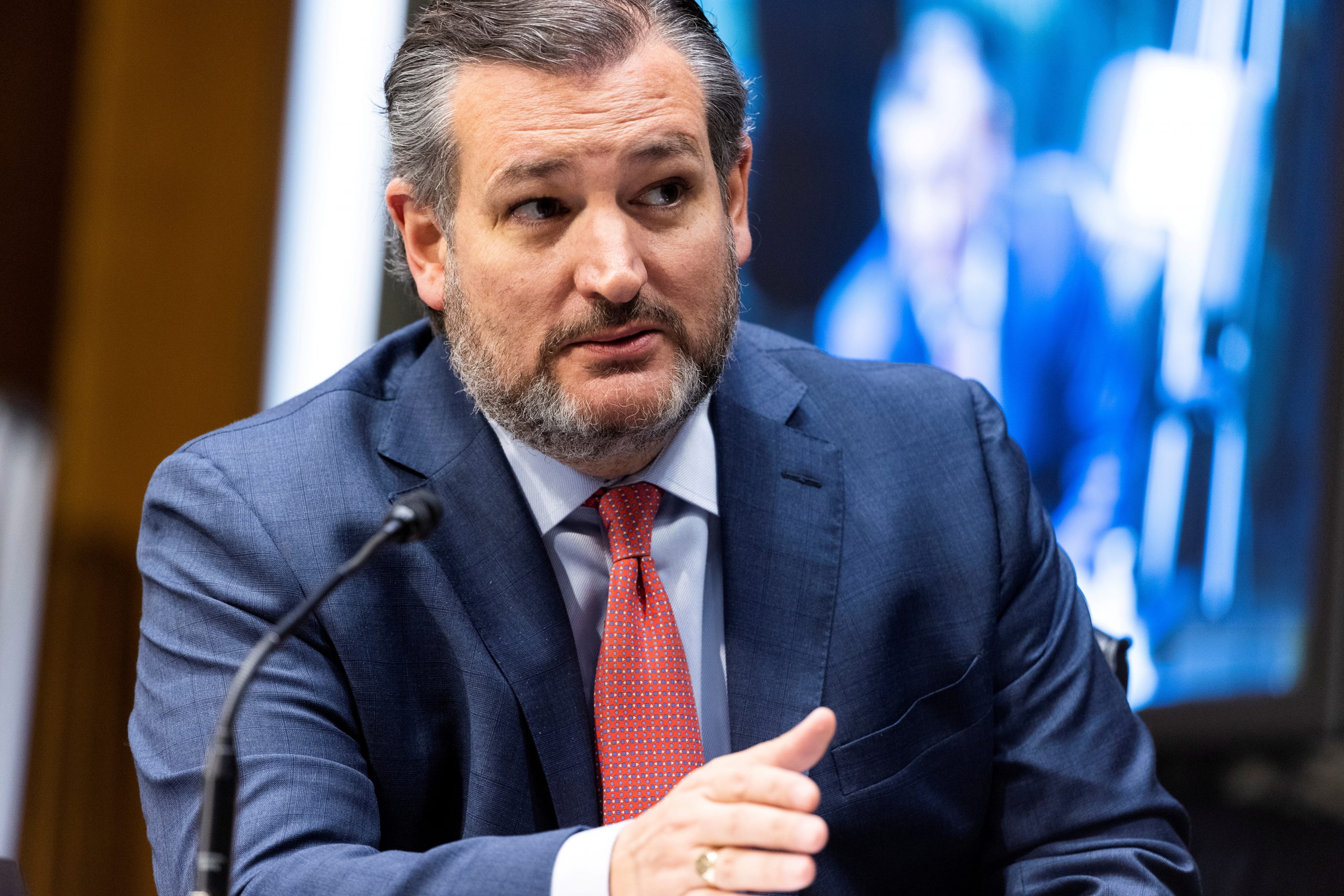 On Friday, Texas Senators Ted Cruz and John Cornyn led a group of Republican senators to the border to document the unfolding crisis. Cruz said, “All of us today witnessed the ‘Biden cages.’ What is occurring here on the border is heartbreaking, and it is a tragedy.”

While filming an overcrowded U.S. Customs and Border Protection facility in Donna, Texas, Cruz was confronted by an alleged member of the Biden administration. The official blocked the camera’s view of what appeared to be a large group of migrants in close proximity wearing emergency foil blankets. She told Cruz to “give the people dignity and respect.”

Sen. Ted Cruz says this video shows a senior Biden advisor trying to block him from showing us the inhumane conditions that migrants are being kept in thanks to Biden's disastrous policies at the border.

So much for Dem's contrived concern over kids in cages, right? pic.twitter.com/Ef8w19hut1

Cruz claims that media outlets were prevented from joining the senators at the facility. He wrote a letter to President Biden calling for transparency and media access, saying, “The Trump administration allowed media into DHS facilities. So did the Obama administration, the Bush administration, and the Clinton administration. But you want to hide what is going on.”

The Biden administration has all but blacked out media access to these border facilities, with border patrol under an unofficial “gag order” according to NBC.

During last week’s press conference Biden was asked if he would “commit to allowing journalists to have access to the facilities.” Biden responded saying that he’d “commit when my plan very shortly is underway to let you have access to not just them, but to other facilities as well.”

Apart from Cruz’s tour, images of these facilities have been limited to insider leaks received by Axios and Project Veritas.

Do you want to “circle back” on these? @PressSec

Meanwhile, Democratic Representative Joaquin Castro of Texas took a group of Democratic House members to a facility in Carrizo Springs, Texas. Afterwards, Castro held a press conference saying, “We want to figure out how this system can work better, so that it’s more humane, more respectful of people’s dignity, and ultimately achieves its goal which is to give people their day in court to be considered for asylum.”

Over the weekend Donald Trump told Fox News’ Jeanine Pirro he’d likely visit the border “over the next couple of weeks,”  but didn’t feel a “rush” to go, because it’s Biden responsibility now.

Donald Trump, in exclusive interview with Fox News’ @JudgeJeanine, says he will visit the southern border “over the next couple of weeks” — the full interview airs at 9pm/ET tonight pic.twitter.com/wemDgrN5Nw

Biden has said he will visit the border “at some point.” The President explained at his press conference that he hasn’t been there yet because he wants to avoid “bringing all the Secret Service and everybody with me to get in the way.”