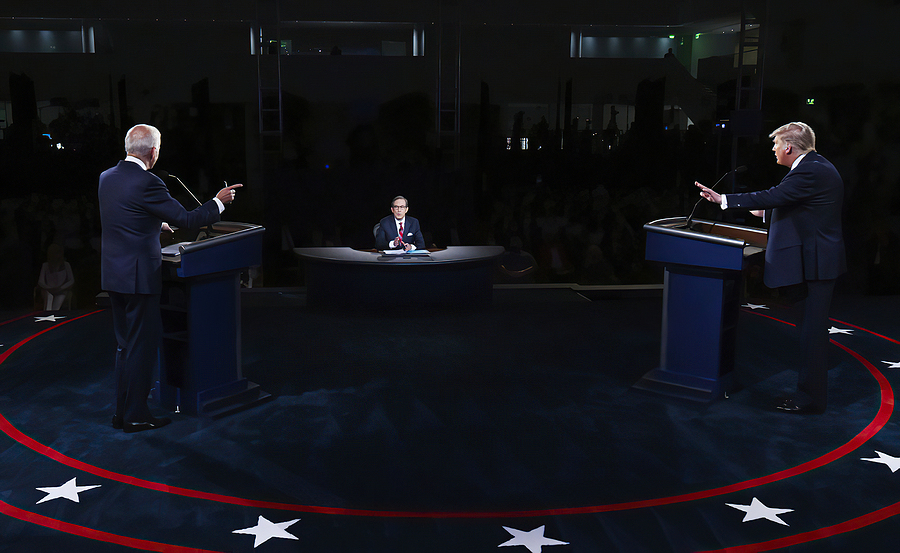 The GOP has threatened to not participate in debates during the leadup to the 2024 presidential election, saying that the commission which sponsors the debates is no longer a non-partisan entity.

On Thursday, a letter from the Republican National Committee to the Commission on Presidential Debates revealed leaders on the right have spent months angling for numerous changes to the timing and formatting of debates as well as the process by which moderators are selected.

“The RNC’s concerns strike at the core of whether the CPD credibly can provide a fair and impartial forum for presidential debates,” the letter, which bears the signature of RNC Chair Ronna McDaniel, reads.

In the letter, McDaniel told CPD co-chairs Frank J. Fahrenkopf and Kenneth Wollack that because of the organization’s unwillingness to address a list of RNC concerns, Republicans intended to rework their bylaws in order prevent future participation in CPD-sponsored debates.

“The RNC has a duty to ensure that its future presidential nominees have the opportunity to debate their opponents on a level playing field,” McDaniel wrote. “So long as the CPD appears intent on stonewalling the meaningful reforms necessary to restore its credibility with the Republican Party as a fair and nonpartisan actor, the RNC will take every step to ensure that future Republican presidential nominees are given that opportunity elsewhere.”

“Accordingly, the RNC will initiate the process of amending the Rules of the Republican Party at our upcoming Winter Meeting to prohibit future Republican nominees from participating in CPD-sponsored debates.”

McDaniel made four complaints against the CPD:

Much of the controversy stems from complaints brought by former President Donald Trump, who refused to participate in a virtual debate after he contracted COVID-19. His main complaint revolved around Steve Scully, who had once interned for then-Senator Biden and worked for the late Ted Kennedy.

Scully was to have been the moderator of the second presidential debate, but ultimately did not moderate at all once his debate was cancelled after Trump refused to participate.

According to a report by the New York Times, which obtained a December letter from the CDC to McDaniel, the debate organization is including Republican concerns in its quadrennial review, the post-election process during which the organization calibrates its planning for the next election cycle, but the CPD has not responded favorably to a list of RNC reform recommendations.

“We take the R.N.C.’s observations and suggestions seriously and, as we have said previously, we will give them careful consideration,” the CPD letter reads. “In furtherance of our position as a nonpartisan, neutral body, which neither favors nor disfavors any party or candidate, we do not negotiate the terms or conditions of our operations with anyone.”

According to the Times, a major sticking point for the CPD is a Republican request for non-voting representatives of the two major political parties present at commission meetings.

McDaniel, who states Republicans reached out to the commission as early of March, said the CPD is deliberately stalling.

“Unfortunately, the CPD’s responses so far seem designed to delay any reform until it is too late to matter for the 2024 election,” McDanial wrote. “The RNC initiated this dialogue on behalf of its future nominee, who will undoubtedly meet any debate participation criteria.  As you know that individual will have little opportunity to have this dialogue with the CPD given the short window between his or her nomination and the first debate. By then the CPD will have already completed its “quadrennial review,” structural changes will be impossible, and planning for the 2024 presidential debates will essentially be complete.”

The Commission on Presidential Debates was formed in 1987 as a joint venture of the Republican and Democratic parties. The commission’s charge was and remains hosting nonpartisan debates.

Thursday’s letter was the seventh official communication between the RNC and commission.