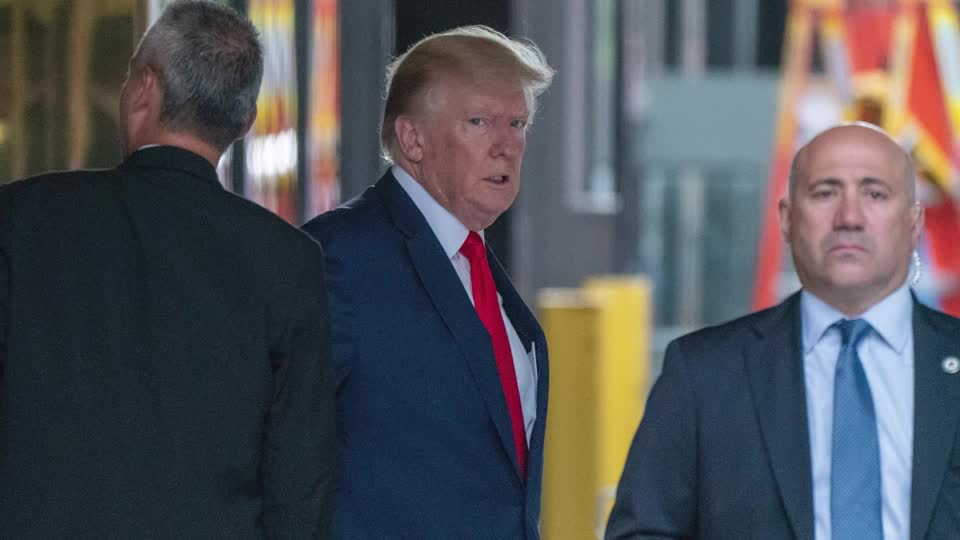 Even though there are no guarantees any details will immediately result from the effort, the Republicans who serve on the House Oversight Committee have nonetheless demanded answers about the FBI raid conducted on the Florida home of former President Donald Trump.

Ranking member James Comer (R-Ky.) headed the group of congresspeople who signed a letter addressed to Acting Archivist of the United States Debra Wall, seeking to discover what role the National Archives and Records Administration (NARA) played in the Monday raid of Trump’s Mar-A-Lago home as well as other moves conservatives view as an overreach by the Biden Justice Department.

🚨🚨🚨@RepJamesComer & Oversight Republicans are seeking to understand @USNatArchives role in the FBI raid. NARA must preserve all documents & communications related to the warrant executed by the FBI at Mar-a-Lago.

“The Biden Administration is continuing to weaponize the FBI against political rivals,” the letter reads. “The FBI and NARA’s actions—apparently to enforce the Presidential Records Act—are so contrary to the customary treatment of former administrations that it begs scrutiny into whether a political motivation underlay the raid.”

Trump is one of two Republicans to have an item confiscated by the FBI this week. Pennsylvania Rep. Scott Perry said on Tuesday that the FBI had taken his cellphone, although it is unclear what prompted the confiscation.

In the case of the former president, media reports have been consistent that the raid was at the behest of the National Archives, which has sought to collect boxes of documents connected to the Trump presidency.

The prevailing claim, at least as reported by numerous media outlets, is that Trump was holding documents the NARA believed to be classified. Removing or destroying classified documents is a crime, but Trump and his attorneys have insisted the former president has cooperated with NARA and done nothing wrong.

“Law enforcement raiding a former president’s residence is unprecedented,” the committee’s letter reads. “Committee Republicans are concerned that NARA would utilize the FBI to gather documents that the president, by the very nature of his constitutional role, could declassify himself, if this was indeed the case as media has reported.”

It is far from a certainty that the Republicans’ request will be honored as Democrats hold control of Congress.

The Biden administration and Justice Department have shown no interest in interceding or commenting on the matter. White House Press Secretary Karine Jean-Pierre stonewalled on the matter in her Tuesday press briefing, and no clarification has been offered by the FBI or Attorney General Merrick Garland.

If their actions on Wednesday are any indication, Democrats on the House Oversight Committee are unconcerned, or at a minimum do not view FBI interactions with political figures as a priority at this time.

Neither the Twitter account nor the official web page of the committee Democrats contained any mention of the raid or a response to what has been a white-hot reaction from Republicans. On Wednesday, the focus of House Oversight Democrats was on efforts to speed access to Monkeypox treatments and staging a review of access to menstrual products.

The closest the group came to addressing Trump was a Tuesday statement from Chairwoman Carolyn B. Maloney of New York celebrating a court decision that upheld the right of congresspeople to sue the executive branch; it was a statement that portended more trouble for Trump.

“I welcome this ruling upholding the rights of Members of the Oversight Committee to go to court to obtain information from the Executive Branch as part of our critical oversight function,” Maloney said. “This victory is an important step in ensuring the Committee and its Members have the tools they need to get to the bottom of former President Trump’s flagrant and unprecedented conflicts of interest and ensure no president uses the office for private financial gain.”

The House Oversight Committee is also scheduling a virtual round-table meeting with state leaders regarding “election misinformation and subversion.” This announcement was made last week, several days prior to the Trump raid.