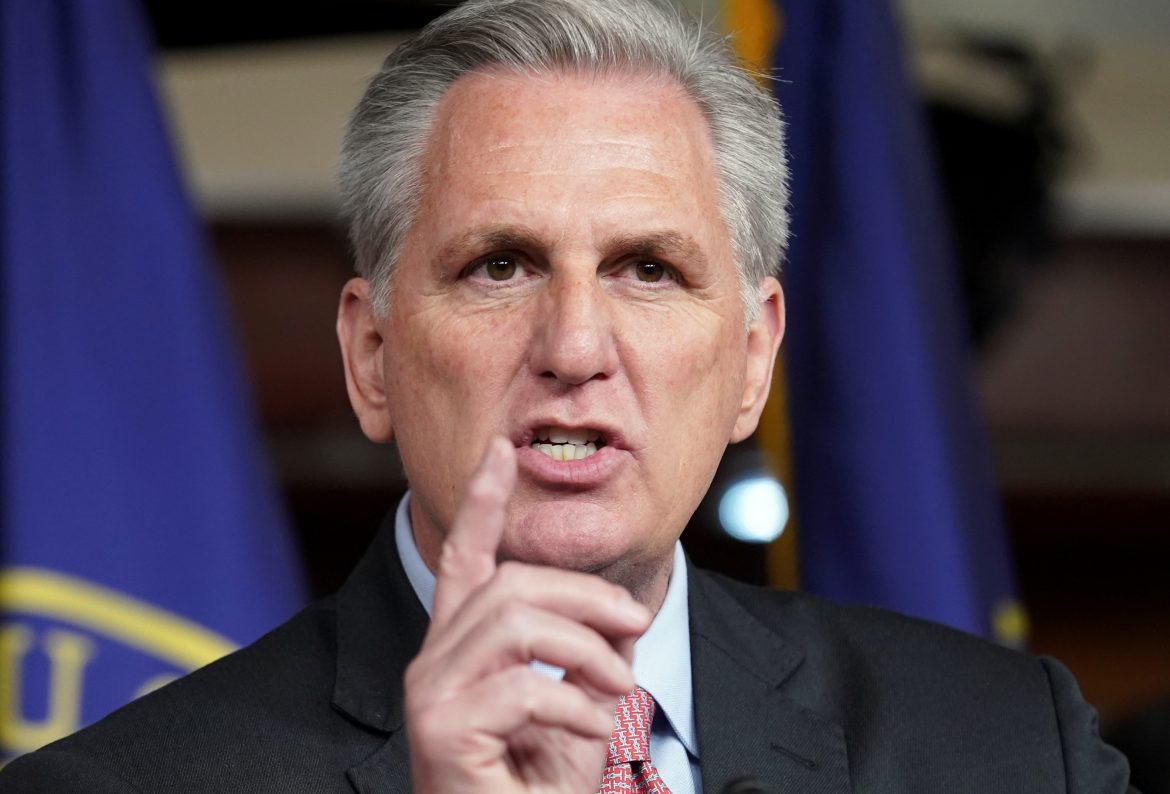 Since World War II, the average loss for a sitting president’s party in the midterm elections is 26 seats.  According to an updated analysis by the Cook Political Report, the number of Democrat seats in the House that are now categorized as “toss up” or worse, is currently 35.

As if this news wasn’t bad enough for Democrats, consider that these losses could be far greater, based on a sitting president’s approval rating.  According to polling conducted by the Gallup Organization, presidents with a job approval rating of less than 50% have seen their party lose an average of 37 House seats in midterm elections. The most recent Gallup Poll has President Biden’s approval rating at 41%.

Historical precedents like these are making House Minority Leader Kevin McCarthy very optimistic.  McCarthy told Fox Business, “Look, I predict we are going to win the majority.  I believe we can raise — win more than enough seats to win the majority.”  Democrats started 2021 with a 222-213 advantage over Republicans so all that is needed to tip the balance of power in the House is a net gain of 5 seats.

Democrats are also on the short end of the stick when it comes to the time tested “generic ballot” poll question: “If the election were held today, would you vote for the Republican or the Democratic candidate?  The result of this question reflects that voters prefer the Republican candidate over the  Democrat candidate by a margin of 47% to 39%.  Additionally, a three to four seat GOP gain may very well be realized as Republicans have achieved favorable outcomes in various redistricting squabbles in several battleground states.

Democrats are hoping that these trends do not portend a Republican tsunami in the fall.  The midterms are six months away, and that can be an eternity in politics.  However, many of the reasons that President Biden’s approval numbers are so anemic aren’t going away.  In fact, things could get a whole lot worse for his party.

The economy is a major concern for all Americans.  The inflation rate has steadily increased during the Biden presidency and is currently at its highest point in 40 years.  Energy independence is but a distant memory as gas prices continue to infuriate the electorate.

President Biden’s perceived or real weakness on the global stage, continues to make a lot of Americans uneasy.  The chance of any of these concerns going away in the next few months is unlikely, and Democrats are understandably nervous.  Although Joe Biden is not running in November, he is the leader of the Democrat party, and his standing among voters will undoubtedly be a factor in the upcoming midterm elections.

National elections analyst David Wasserman said it best: “ When you put it all together, just about everything’s going right for Republicans.”