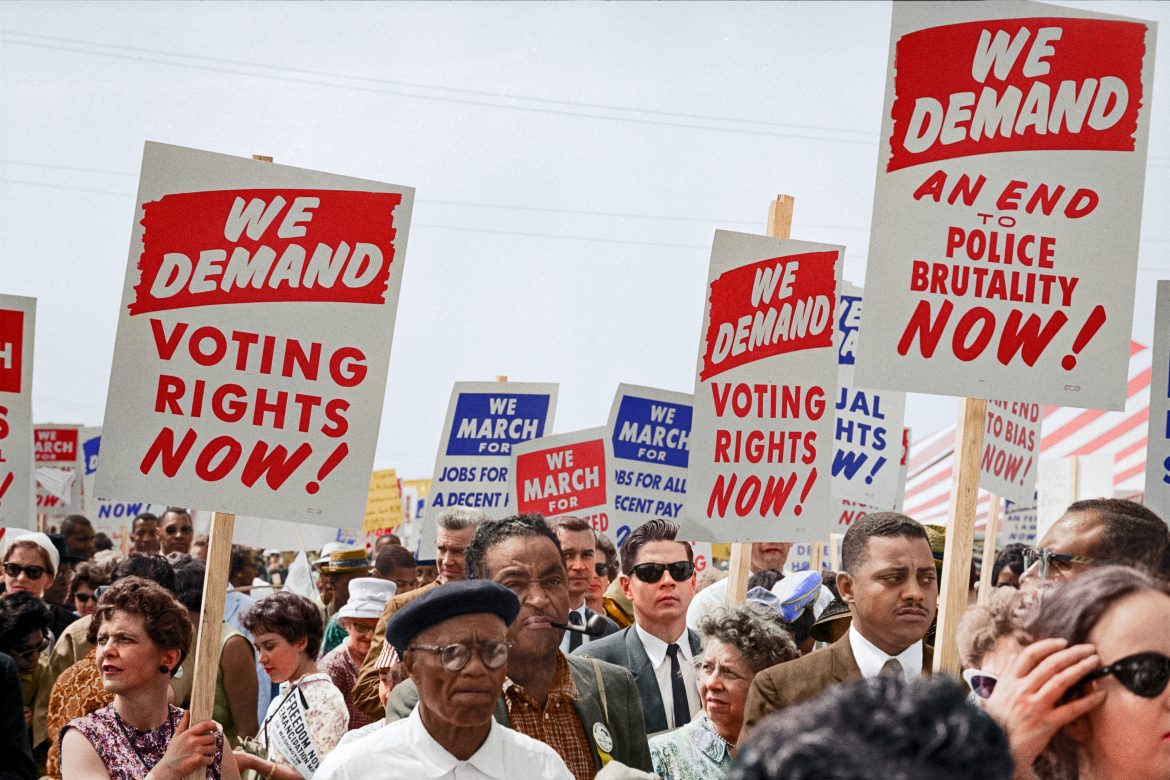 This week, for the first time since election reform became a major plank in the Democrat platform, Republicans signaled they might be willing to budge. However, the profound changes championed by the Left are still miles away from becoming law.

Since November 2020, Democrats in Washington have ramped up their attempts to pass multiple election reform bills as Republicans have staunchly resisted what many Conservative lawmakers have called Federal overreach.

A combination of factors – among them Republican use of the filibuster and the Biden Administration’s focus on Build Back Better – have caused the sweeping John Lewis Voting Rights and For the People acts stall in the Senate, but an as-yet-unwritten third proposal could gather enough support to pass.

Last week, Senate Minority Leader Mitch McConnell (R-Ky.) said that he was willing to talk about reforms to the Electoral Count Act of 1876, the legislation that dictates the process by which presidential elections are certified.

McConnell’s support could hardly be classified as passionate – Reuters reported the senator said only that the act was “worth discussing” – but his simple statement was the first evidence of even a sliver of hope Republicans would be willing to negotiate on any election reform.

According to The Hill, a bipartisan group of lawmakers is working to draft legislation that would be agreeable to members of both parties.

In response to the Jan. 6, 2021, riot at the U.S. Capitol, which delayed the certification of the 2020 presidential election, calls emerged that the system needed modernizing to prevent protestors or other exigencies from derailing what is meant to be a mostly ceremonial endeavor.

This type of change would, on its face, be uncontroversial, merely a way to modernize and protect the American presidential electoral process without altering the spirit of the law.

Both Manchin and Sinema have long held that Democrats should not force through reforms alone, and Sinema is a part of the bipartisan group currently drafting a new electoral count reform bill.

“Senator Sinema continues to believe bipartisan action is needed to strengthen our democracy and has been in constant contact with colleagues in both parties on this and other potential areas of common ground,” John LaBombard, a spokesman for Sinema, told Politico.

Both Manchin and Sinema’s support is required for Democrats to pass virtually any legislation in the Senate. Their votes would be needed if Democrats were to vote to remove the filibuster or to reach the 60 votes needed for cloture should McConnell and only a small number of Republicans vote in favor of change.

To date, both Sinema and Manchin have resisted changing Senate filibuster rules, and this resistance has proven enough to halt the Democrats more profound election reform legislation.

The pressure is expected to intensify as, with the failure of Build Back Better, President Joe Biden has called upon his supporters in the Legislative Branch to refocus on election reform.

News of McConnell’s willingness to discuss reforming the Electoral Count Act was met with derision from the Left.

“(That) is not a substitute for the protections that are included in the Freedom to Vote Act and the John Lewis Voting Rights Advancement Act,” White House Press Secretary Jen Psaki said in a briefing.

Schumer accused McConnell of attempting to distract from the more profound changes Democrats hope to make in U.S. elections.

“I think this is a fake,” Schumer told The Hill. “I think it’s a way to try and get the two senators that we have who are not on board to go for something that won’t change the horrible, voracious change in the balance of power that will allow elections to slam things in the directions of Republicans in a dramatic way, in an unfair way, in an un- — small “D” — democratic way.”

“It is very clear what the Republican Party is up to— they are trying to make it harder for some people to vote and easier to cheat,” Warnock said in a release. “We’re trying to make it easier to vote and harder to cheat. And I predict that over the next few days, you’re going to hear the same Republicans give a lot of lip service to bipartisanship.”

Warnock has been a leading voice in Democrats’ efforts to the John Lewis Voting Rights and For the People acts, which are more robust and have met with unilateral rejection from Republicans who view each a broad overreach of federal law.

The John Lewis Voting Rights Act contains measures that would grant Congress the right to approve the election processes of states through the reinstatement of preclearance.

The For the People Act is an even more expansive piece of legislation and seeks to overhaul campaign finance, election security, and voting rights, and it would affirm Congress’ ability to make Washington, D.C., a state. This would not create a 51st state, but it would give momentum to such a move.

If passed, the For the People Act would create an independent commission that would draw congressional district lines – a major change as this is done by the states. Additionally, the act would require states to offer same-day voting registration, force states to offer early voting, require states to accept mail-in ballots, restrict states from purging voter rolls, and require the use and preservation of paper ballots.

The act would also require presidential and vice-presidential candidates to disclose their last 10 tax returns and would allow the U.S. Treasury to collect fees on businesses and individuals who are found guilty of tax crimes, and use the money collected to publicly fund campaigns for House candidates who refuse to accept donations greater than $200.

If passed, this measure would allow the Treasury Department to match, at a 6-to-1 rate, every small-dollar donation.

In theory, bill author Rep. John Sarbanes (D-Md.) said, this helps overcome big-money meddling in U.S. elections, which is a major tenet of the act. Beyond the matching program, the For the People Act also contains restrictions on foreign campaign, PAC, Super PAC, and dark money contributions.

Democrats have argued that new state-level voting bills and redistricting plans in Republican-dominated states are an attempt to suppress minority votes, and more strident critics say Republican states are trying to recreate the Jim Crow South.

Despite language in the bills that indicates otherwise, Democrats say they are not attempting supersede states’ ability to run elections.

“Let me be very clear, the elections are still run by the states,” Warnock said. “We’re just trying to provide a federal baseline that says everybody ought to have access— every eligible American has to have access to the ballot.”

Republicans argue that these reforms are unnecessary and being done at the behest of progressive legislators.

“Senator Schumer is apparently afraid of the foot beats behind him from the progressives, as is President Biden, and is trying to do things that frankly not even Democrats are willing to swallow,” Sen. John Cornyn (R-Texas) said on Fox Business. “In 2020, across the country we saw about 66% of registered voters cast their ballot. In Texas, we had 11.3 million voters, historic highs for minorities, African Americans, Hispanics, the like. There is simply no impediment to people casting their ballot.”

On Wednesday, McConnell accused Democrats of peddling fear as a means of grabbing more authority.

“The American people are not buying the nonsensical talk of ‘Jim Crow 2.0’ or a voting rights crisis,” McConnell said on the Senate Floor. “Everybody, apart from far-left activists and the press, understands this emperor has no clothes. A few months ago, even voters in blue New York rejected multiple ballot measures to soften up election laws the way liberal activists want.”

He added, “This fake outrage is just a predicate for Washington Democrats to do something they have sought for years: Appoint themselves a nationwide board of elections on steroids… It’s not a ‘voting rights’ bill. It is a sprawling, sweeping takeover of our democracy.”

Importantly, even today the federal government is not without power to intercede on behalf of voters in any state.

The method of recourse for the federal government at present is to sue states, which the Justice Department has done on one occasion.