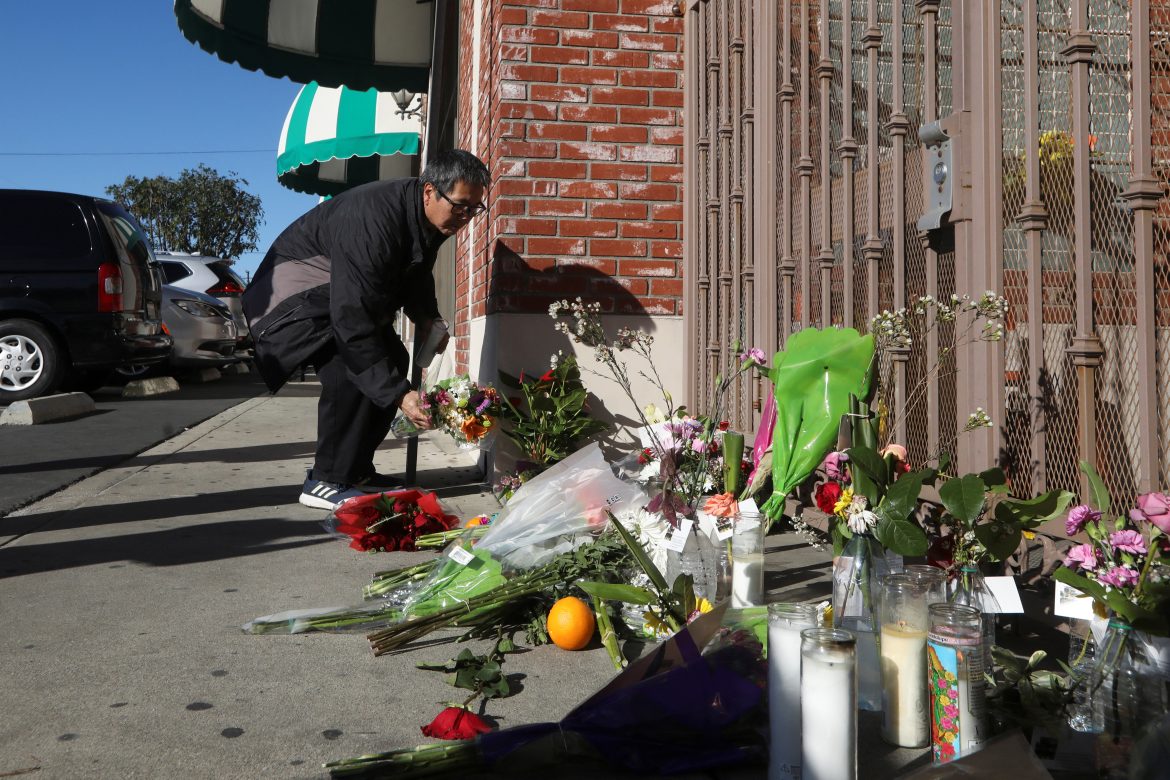 A recently released research paper is claiming that murder in the U.S. is indeed a problem – just not for the majority of the country.

John R. Lott, president of the Crime Prevention Research Center, released his most recent research paper titled “Murders in US Are Very Concentrated, and They Are Becoming Even More So” on January 17. Diving into data from 2020, his research revealed that “nationwide murders appear to be coming even more concentrated in a small set of counties.”

“When it comes to murder, there are three types of counties in the United States,” Lott writes. “Most counties
experience no murders, a smaller set where there are a few murders, and then a tiny set of counties where murders are very common.”

On the other hand, the worst 1% of counties accounted for 42% of total murders in 2020. These counties, focused primarily in urban areas, account for 21% of the total U.S. population. 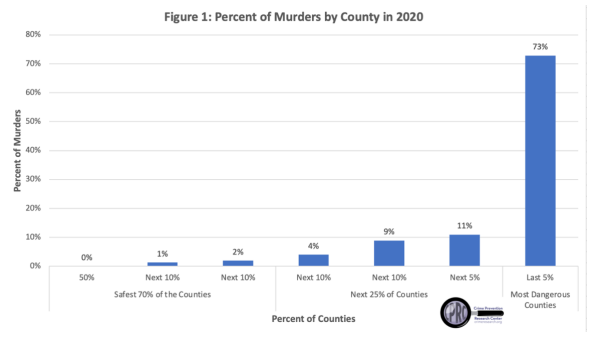 Lott writes that this concentration of murders is “the highest in over a decade.” It was primarily driven by this 1% of worst counties, which includes places like Cook County, Illinois; Los Angeles County, California; and Harris County, Texas.

Lott’s data also suggests that the murder in these worst counties is also heavily concentrated in certain areas. 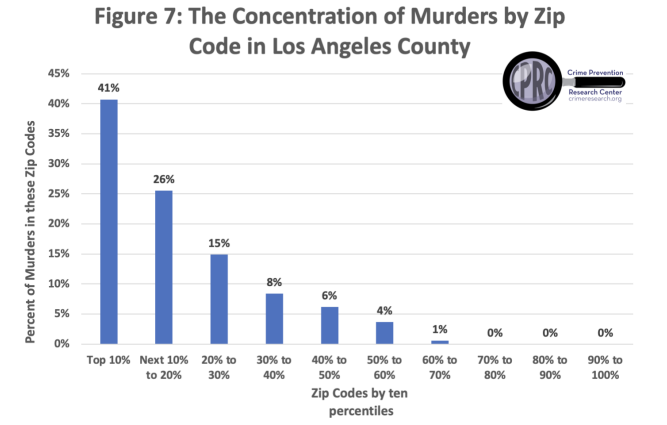 Lott draws comparisons between the urban and rural murder rates and the gun ownership in each area as well. Referencing a 2021 PEW Research Survey, Lott says houses in the suburbs “are 37.9% more likely to own guns than urban households. Despite lower gun ownership, urban areas experience much higher murder rates.”

Admitting that lower gun ownership is not direct proof of higher murder rates, Lott writes that “it is still interesting
to note that so much of the country has both very high gun ownership rates and zero murders. ”

In the conclusion of his research, Lott comments that there seem to be few people who can “appreciate” that most of the population doesn’t experience any murders while calling for solutions to the murder problem he found in urban areas.

Murders in the United States occur in very small areas, and that concentration has increased since 2014. The concentration in 2020 is now greater than in 2010. Few appreciate how most of the counties in the US has no murders each year, and that 70% of the counties account for just 3% of the murders. Murder isn’t a nationwide problem. It’s a problem in a small set of urban areas and even in those counties murders are concentrated in small areas inside them, and any solution must reduce those murders.