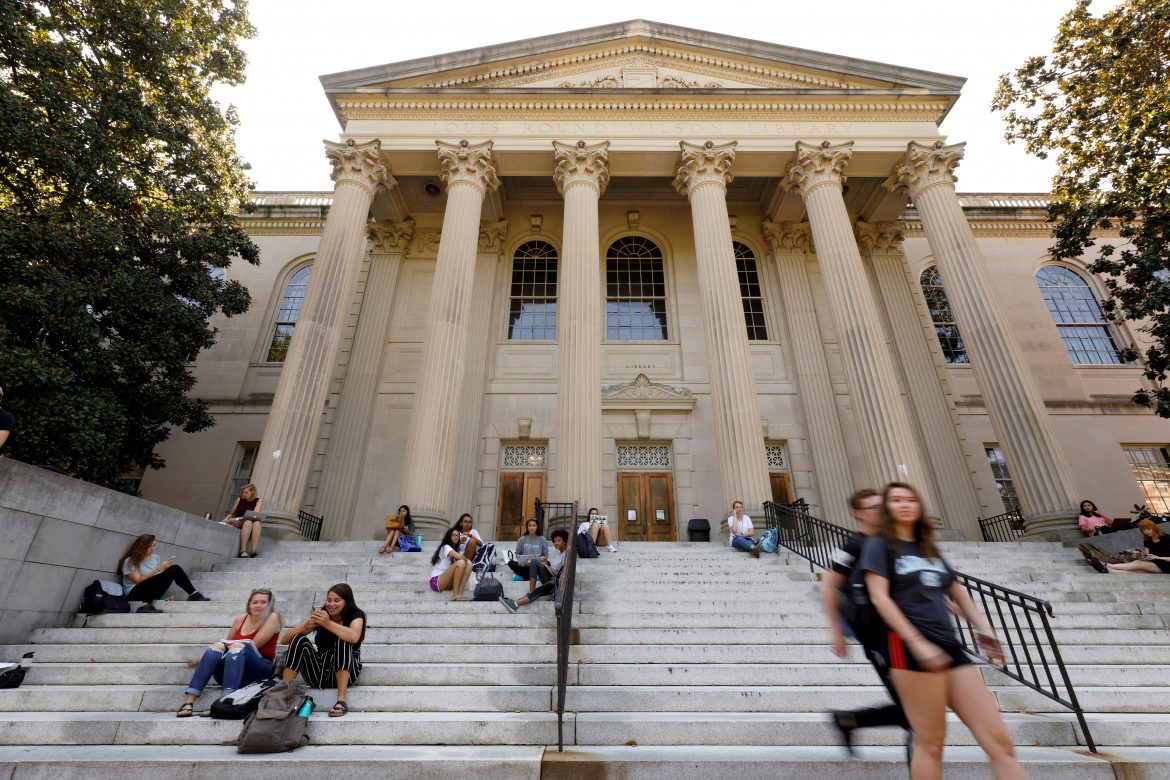 Some students at the University of North Carolina – Chapel Hill were required to attend a lecture on ‘right-handed privilege’ last month that went viral on social media.

The photo featured Christina Parle, an instructional designer for the company Social Responsibility Speaks, presenting a slide that detailed the supposed privilege that right-handed people have. Once the photo began to make the rounds, questions swirled over whether the seminar was meant to be serious or satirical.

Carolina Review has obtained exclusive leaked audio of UNC’s mandatory ‘right handed privilege’ event, and will be releasing an exposé on the event this afternoon. pic.twitter.com/X5F32xPcqV

According to the Carolina Review Online, attendees said the seminar, a mandatory event put on by the UNC Office of Fraternity and Sorority Life (OFSL), was serious in nature.

The publication received leaked audio from the presentation, revealing it covered political opinions on intersectional identity, systematic oppression through implicit biases, and identity-based privilege, and was put on at the expense of the university.

Not only were the school’s Greek organizations threatened with fines if they didn’t send someone from their chapter to the lecture, but they were also banned from using electronic devices during the presentation. Parle informed attendees this was due to previously uninvestigated oppression from attendees.

Parle’s goal for the seminar seemed clear – to frustrate people about their place in the world. This mission is outlined on her Instagram bio which reads “if you aren’t outraged, you aren’t paying attention.”

According to the leaked audio, Parle began the seminar by “establishing her lecture was on stolen land” and then proceeded to try to imply that the students should be outraged by being part of “the system.”

The presentation moved onto other “afflictions,” such as grocery stores putting things on high shelves and airline seats not accommodating the particularly large, before tackling the plight of the left-handedness in the face of “right-handed privilege.” Parle said this has “made left-handed people invisible by setting the standard,” and that “this system supports, empowers, and advantages the right folks,” while it “disempowers, or sometimes harms, the left folks,” calling the system one of “right-handedness.”

Some of the students who attended were displeased that the event was officially put on by the university with one attendee telling the Carolina Review, “There’s no way the university should be funding [the event] in my opinion,” while another said that it made them “uncomfortable.”

“It seemed that the speaker was projecting her identity politics onto us,” he continued, saying that it was “lecturing us on how the land we grew up on didn’t belong to us, how being right-handed is akin to being white-privileged, and how our identities define us.” While a third attendee said that the “way [Ms. Parle] went about it felt very aggressive and accusatory… it almost defeated the purpose.”

The UNC OFSL affirmed that they did intentionally host Ms. Parle’s presentation.

Twitter users ferociously ridiculed what they deemed to be the ridiculous nature of the picture with tongue-in-cheek responses. One user replied, “Finally I can be oppressed too.”