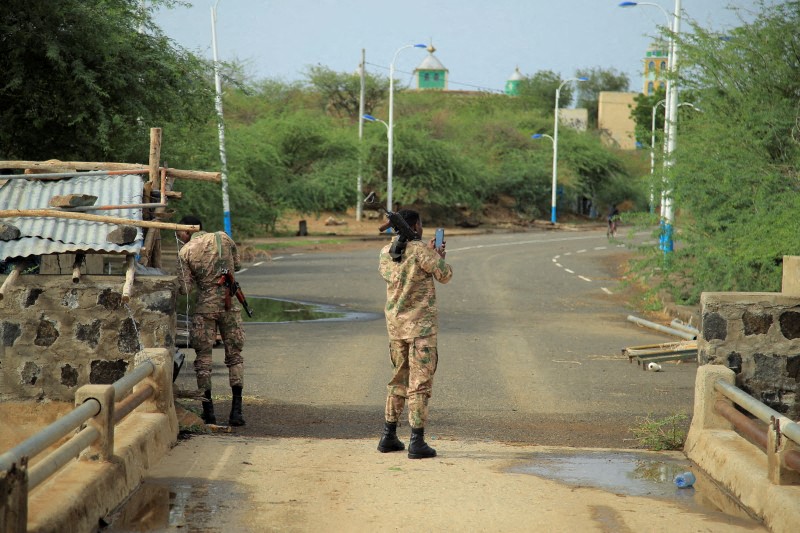 Thursday, two of the more prominent humanitarian organizations in the world co-issued a report in which they criticized Ethiopia for its treatment of ethnic minorities in its Western Tigray territory.

Human Rights Watch and Amnesty International combined to tell of horrific conditions for Tigrayans, who have faced mass detentions, rapes, killings, forced expulsions, torture, starvation, and denial of medical care at the hands of armed forces from the neighboring Amhara region.

“The new onslaught of abuses by Amhara forces against Tigrayan civilians remaining in several towns in Western Tigray should ring alarm bells,” Joanne Mariner, director of crisis response at Amnesty International, said in the report. “Without urgent international action to prevent further atrocities, Tigrayans, particularly those in detention, are at grave risk.”

West Tigray fighters have been at war with Ethiopian military and police since November of 2020, when Tigray People’s Liberation Front announced that it viewed Prime Minister Abiy Ahmed as an illegitimate ruler of the nation.

Abiy had attempted to galvanize the ethnically diverse nation by merging numerous regional and ethnic political groups into a single political entity, the so-called Prosperity Party.

For his efforts in brokering a peace deal with Eritrea, Abiy earned a 2019 Nobel Peace Prize. However, as reported by Declan Walsh of the New York Times, the award’s recipient seems to have been ill chosen. Abiy has since taken to dressing in battle fatigues; and Walsh’s investigation reveals Abiy had planned for a civil war in West Tigray for months before the outbreak of hostilities and is only now pretending that his hand has been forced.

The Nobel Prize served only to shield Abiy from Western scrutiny. That all began to change in September as violence and reports of atrocities against civilians began to gain more public exposure.

On Sept. 17, President Joe Biden sent a letter to Congress explaining that he had, by executive order, imposed sanctions on Ethiopia. In November, the European Union also issued a statement calling for peace. These moves, if well intentioned, have proven fruitless.

“Tigrayans, regardless of [their] sex and age, were taken to a school,” said a witness. “They separated the old from the young, took their money and other possessions… Older people and parents were loaded on big trucks [going] east. They let them go with nothing, while the young remained behind.”

During some roundups, Ethiopian forces killed civilians with sticks or sharp objects.

“They started shooting [at] whoever was in range running,” said a 34-year-old. “When the people tried to escape, … [the militia] attacked them with machetes and axes so no one could escape… We were passing bodies and we were all in shock… After we calmed down, we noticed that there were more bodies there too. Everywhere you turned, there would be five, ten bodies.”

The captured Tigrayans were transported to prisons, where they’ve been horribly mistreated. Prisoners, some as young as 12, face starvation, disease, and physical abuse.

“All of us have gone through it [the beatings] but the most vulnerable ones were the [older men],” a man who survived detainment said. “They couldn’t handle the torture, that’s why they were dying.”

The United Nations, which has long had humanitarian workers on the ground in Ethiopia, reported Tuesday that matters are deteriorating rapidly.

“I can tell you that the situation in the north of the country remains highly unpredictable and volatile, with continued fighting in several areas significantly affecting humanitarian access and response,” Stéphane Dujarric, Spokesman for the Secretary-General, said in a briefing.

Dujarric confirmed that 2.1 million people have been displaced, including 1.8 million Tigrayans, because of the fighting.